Welcome to Elmlor Thread. At this time there is a lot of missing information that will be added and changed overtime. The idea of Elmlor is to have a nice RPG Story with a more open world sandbox like world. We are also going as far as adding things like tradeskills, harvesting, mining, and also adding things like player housing, outposts, keep and much more.

Our Thought Process: Sandbox / Open World Features come first and Story / Lore Come second. We see so many amazing stories out there that we don't want to reinvent the wheel and try to compete against others but rather we like to focus our energy on the world and the interaction with it.

Reading thru the site and it says " so we were able to modify the DLL (Modified Dynamic Link Library) To increase it even further. "


I do think that's against the EULA... anyway, there's an "official" modified DLL out there being developed.


Not much details about the project right now for us to comment on. Will be waiting for screenshots :3

Engr. Adiktuzmiko said:
Reading thru the site and it says " so we were able to modify the DLL (Modified Dynamic Link Library) To increase it even further. "

I do think that's against the EULA... anyway, there's an "official" modified DLL out there being developed.

Not much details about the project right now for us to comment on. Will be waiting for screenshots :3
Click to expand...

Sorry that is what I was referring to. I was putting it into simple terms for none RPG Maker users. I wanted to share my progress here as well but somethings might look a bit off overtime just because I explain it in other terms for people outside the community.

I'm curious to see how this will go, it's a pretty ambitious project IMHO. :3 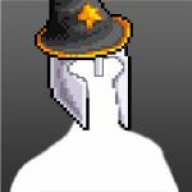 Its good to see story in a open world sandbox game, especially for people that dont like this genre because of the lack of direction. Wish you good luck. Following this project. ( :
Last edited by a moderator: Nov 24, 2014

I'm curious as to how you'd put story into the sandbox though... most often that turns it into the slightly limited version, open-world.
Last edited by a moderator: Nov 24, 2014

Games that can be considered open-world with storyline :

- the Elder Scroll series up to the latest installation;

Open world games will always look like they have limitations on storyline and story progression, but that is only because the developers want to allow the player to explore the world at their own pace, instead of being 'forced' to do 'x' first and go to 'x' place first.

The only thing stopping you from progressing into the uncharted wilderness are your party abilities and the monsters' strength.

I think my biggest issue is learning the mapping right now. I have never been the best "level designer" But I'm learning and I don't think this is really that bad. I think the issue is I want to do a very and I mean VERY large world overtime.

Where do I start doing my limits?

Sounds like I should never go past 100x100 and to me that sucks a lot but will go with it for now.

Here is the first map I was working on before:

Your initial mapping looks fine for a template. You could probably get better input and criticism in the maps and screenshots thread, since a lot of experts frequent that thread.

I tend to 'imitate' the maps of legacy games, so I can't give much criticism on that area.

The huge world map thing usually causes a lot of lag on older computers, especially once you start throwing in events and parallel processes.

Also, huge maps are difficult to make compared to smaller maps. A lot of mapping experts attest to this.

The drawbacks to that script are:

- You can only use one tileset. Use of different tilesets on different maps will still revert to the initial tileset for the first map,

- Maps that are to be 'sewn' together have to be uniform in size. (You can still map in transparent tiles to make the maps look less uniform).

- Parallel processes may be messed up when the player moves from one part of the map to another.

Thanks Susan for the feedback. The mapping is not the best I know that for sure. It will take time for me to get better and better.

I also added Dev Log #2 if anyone cares a fancy at reading it.

Not bad! it does seem like you intend to implement a lot features in your game.

You may need to hire a dedicated scripter create all your scripts for you, or at least make sure they do not conflict with each other.

You will need to update your opening page with some screenshots and more information eventually, and try to throw a small demo together so that people can try it out and give you feedback. Until then, people will not truly understand what your project is about, and will not be able to give you any constructive feedback or criticism. You probably will not see much feedback on this page for now.

I wish you good luck for now! Can't wait to see what is in store.

I have added a few screenshots and a small video. Please note what I ended up doing is now working more of a so called world template. So rather then make each zone so existing and filled with content and it will overtime. I have shifted the efforts to making the world fit together better.

If you check out the World Map example in Dev Log #7 you will notice the Snow zone is wide and open where all the green zones are more the old style closed in areas.

In Dev Log #5 I show you our new transitioning system where it makes going from zone to zone feel almost like your still in the same zone with a slight animation movement. Making it easier to do larger areas.

So the question for you guys if I plan no matter what to make a more larger open world with clearly some methods of keeping you in certain areas and giving enough guidance to the player should we then do most of our zones like the snow zone? And less like the green zone then fill in the borders overtime rather then having a intrusive border in each zone?

I'm gonna echo what others have said in regards to maps.

But, if you really want a large map, I would suggest making it in smaller maps. Eg. You want a 60x60 map, make them in 20x20s and then copy them when they are finished into the larger map. It lets you see what your doing better and you can be more selectively detailed.

I know when I do very large maps I'm tempted to just randomly stick a bunch of flowers and plants in with no thought which only makes maps look a little messy.

Just a suggestion. I would also suggest you frequent the mapping screenshot thread, totally awesome.

Other than that, good luck!

If only the engine was stable of that

Been a few days since I had posted. We only have a small update right now:

The biggest thing right now is we are working on a storyline and focusing more on it before we map. We also encourage you the community to offer some feedback or ideas to our story. You can find everything we have in the open here:

We might hide it further down to prevent too many spoilers but we wanted to bring as much the community into our story as possible. Right now its more throwing ideas back and forth.

A lot of people are encouraging us to go with smaller zones. We are happy people are giving us this feedback but we decided to keep going with our dreams of go big or go home. Will have to have one hell of a challenge of filling content into these larger zones overtime but a big part of our game is making it an open world more then a closed linear designed world.