I was pretty active with RPG Maker many, many years ago and used to love making music for different projects I was working on. While digging around in my computer, I found a number of old midi tracks that I thought I'd share with anyone who's interested. I'm setting up this shop too so I could take requests if anyone has any interest in my stuff.


I know a lot of people are making mp3 and ogg tracks, which of course I'll admit DO sound better. However I've always been a fan of midi tracks. So to that end, if you guys would like any midi tracks, I figure I'll open up this shop


If you're requesting a song, please give me as much description as you can, whether you want it to be looped, what type of feeling/theme you want to evoke, and generally as much information as possible about your game! It always more fun to help when I feel like I know the project.


Without further ado, here are some midi tracks. (If there's any interest, I can post more. I've got - literally - hundreds.) I hope you all find them useful! 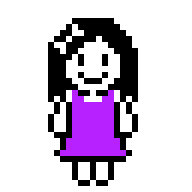 
Can I by chance request a few themes from you?


Synopsis on my game:


My game is styled after the likes of Earthbound/Undertale.


The game involves a young girl who falls into an alternate world through a portal that opened up in her closet.


who are inspired by the Lost Boys from Peter Pan and the Kokiri/Skull Kids from the Legend of Zelda: Ocarina of Time.


The young girl is trying to return to her home, and the Gemmi offer to take her to their guardian for his advice.


The guardian is Michael, another human like the young girl,who tells her that he'll return her to her home if she can find five lost Gemmi and encapsulate their souls in a special locket. He speaks of a magical barrier that can only be opened by the Gemmi themselves when all of them are present, and he wishes to keep them safe from malevolent forces present in the world by keeping their souls in the locket until the evil is gone. Penelope agrees and ventures off, but soon meets another force named Lucian, who tells her that the magical power is inherent in the Gemmis' bodies, manifesting in their hearts. He says that Michael is lying to Penelope and will go back on his promise to  her when she returns all the Gemmi, as he has grown lonely and longs for another human to keep him company. He gives Penelope a special knife and tells her the only way she can go back is if she takes matters into her own hands and cuts out the Gemmi Hearts to open the barrier herself.


From here on the game has a moral choice system, wherein Penelope can either choose to lock the Gemmi in her locket or harvest their souls to return to her home, depending on which character the player trusts more. However, Penelope soon finds out that the Gemmi have their own aspirations and motives for leaving the safety of their home, and thusly Penelope has a third choice: helping the Gemmi ease the burdens on their souls.


The gameplay itself is composed of puzzles similar to "Ib", "The Witch's House", and "OFF", with very little combat save for boss battles at the end of the game, with combat similar to that present in "The Crooked Man".


The main themes of this game are childhood innocence, the "black and white" way some individuals view the world and how its portrayed in media and the flaws  with that philosophy, maturity and the concept of adulthood, living in the past, anxiety regarding the future, coping with the chaos and change in life, risk vs safety, and the familial bond between siblings (spoilers about that last one).


The game is also mainly composed of a black, white, and grey color palette, save for a few plot important items and events.


Can you by chance develop a main theme for my game as well as a theme for both Michael and Lucian to be used throughout various points in the story?


I'd prefer small songs that can be looped, preferably to a range so that they aren't too repetitive, but still are long enough to indicate importance and depth to the characters and story.


I'd like the main theme to evoke a feeling of mystery, traveling downwards into a strange new world, and encompassing the discomfort that Penelope feels with the conflict presented to her.


I'd like Michael's theme to sound endearing yet melancholic, as bad things have happened in his past that he is trying to hide for the sake of the Gemmis' happiness, and to give the impression that there's more depth to the character than is initially let on, that he may not be entirely "good". I'd like the song to be mainly static in nature to show that Michael prefers stability and is complacent with his current situation living in the alternate world.


I'd like Lucian's theme to sound sinister and chaotic, perhaps with a similar style to Michael's, as bad things have also happened in his past that he is scarred by, that he holds a dark grudge against the Gemmi and Michael especially, and to give the impression that there's more depth to the character than is initially let on, that he may not be entirely "evil". If you wish, you could perhaps make the songs play off of each other to highlight the contrast yet underlying similarity that the two characters hold between them.


If you need to, I have sample songs I can send you for what I'd like the main theme to sound like, and I don't necessarily need all three themes from you: you do any or none of them if you so wish.


Thank you for taking the time to read my incredibly lengthy post, and have a great day.

these are great - thanks so much for sharing!


I currently need a battle theme for the final boss of my game. The final boss of my game is (spoiler!) the sidekick-turned-damsel in distress who has been corrupted by evil and is forced to turn against the protagonist. I'm a big fan of glitchy/odd time signature/weird sounding midis. (I don't really know how to describe it well, sorry!) Here's an example of what I mean...View attachment Kbgm237-s_niboshi.mid If you could make something similar, I would be eternally grateful haha!!


DarkBooDev: I'll start working on the main theme now and see how it goes!


Olivier: I'll try to work on the battle theme as well!

@empyreanrrv I LOVE IT! very well done! Thank you so much!

DarkBooDev: Here's an ogg version if you prefer:


I don't have much story yet, but I would like a music for my title screen please.


The feeling I'm trying to give for my game is similar to Secret of Mana serie. 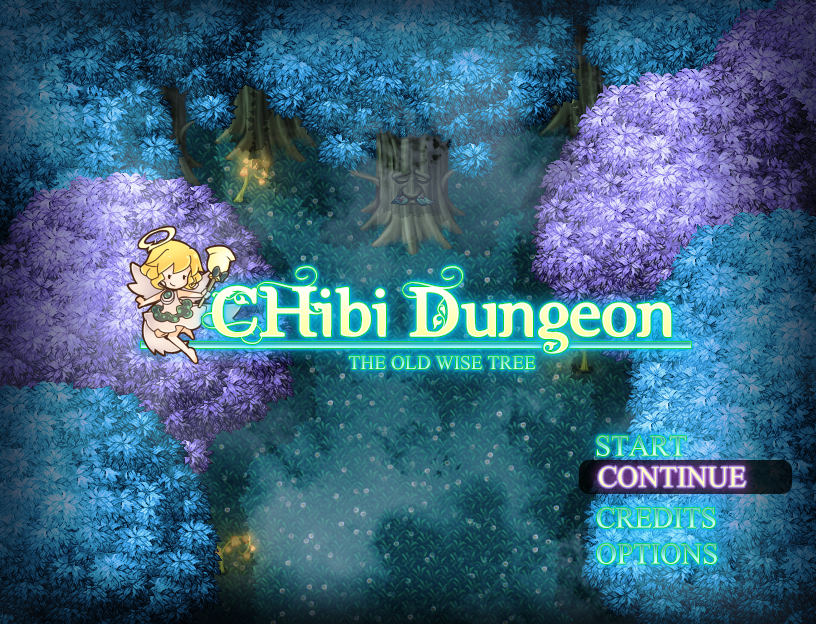 Chaos: Let me know if this works for you, or if you'd like it in midi or anything else - https://soundcloud.com/empyreanrrv/chaos-titletheme


Olivier: I haven't forgotten about you! I'm working on the battle theme now, but these always take me longer to do.


DarkBooDev: Will try to get to your other tracks when I can


Thank you for your work, here's my feedback :


I like it in general but what instrument did you use at 0:13 ? Some kind of orgue ?


I'm asking because the pitch was a bit too high and I felt that instrument wasn't necessary.


Maybe try to replace it with this instrument ? http://www.milongamusic.com/wordpress/wp-content/uploads/2014/07/Flute-a-bec-205A-Aulos.png


I like a lot the begining and ending but not so much the middle because of that instrument.


The mystery/magical kinda disappear in the middle for me.


Sorry for my bad english and that I don't know much about music
Last edited by a moderator: Apr 13, 2016

Hey Chaos! I tried to incorporate some of your suggestions. Please let me know what you think: https://soundcloud.com/empyreanrrv/chaos-titletheme


Thank you very much!

You're amazing for doing this!


I'm working on a small old-school type of JRPG, think something like Chrono Trigger or Lufia.   Story is fairly generic--a powerful demon has come to threaten the realm.  As the hero goes through his adventures he discovers this threat and of course he and the companions he meets along the way attempt to thwart it.   You start out in a small and wooded hillside town that is mostly remote and thus protected from most of the world's ills.  There's been reports of monster activity in the mountains just to the north of the town, and an aspiring heroine from the town has gone to explore it.  People are worried and you are sent to find her and bring her back.    That's how the game starts out.


There's a variety of dungeon music I could use for the mountain area, but what I really need is music for the town.  It's hard to describe what I'm looking for--I want it to evoke the fantasy and mystery wonder of an old school rpg, but still have like some subtle peacefulness about it--it's the first town after all.  I say subtle because I don't want it to sound like "oh jolly everything's fine" (the world is under threat!)...I'd like part of it to be peaceful, but part of it to be swelling/ominous, kind of like "this is our everyday life, and we care about it, and we would do anything to fight to protect it"...if that makes any sense.   Anyway, love to see what you come up with!

Hi jonthefox, please let me know what you think of this: https://soundcloud.com/empyreanrrv/jonthefox-towntheme
Last edited by a moderator: May 3, 2016

Sorry for the long wait Olivier, but I've finally finished your boss track. Please let me know what you think: https://soundcloud.com/empyreanrrv/olivier-bosstheme

You are simply amazing!! I don't know how you did it, but you did it, and I love it--totally worth the wait! Can I have the MIDI of this? Thanks empyrean!
Last edited by a moderator: May 5, 2016

Olivier said:
You are simply amazing!! I don't know how you did it, but you did it, and I love it--totally worth the wait! Can I have the MIDI of this? Thanks empyrean!
Click to expand... 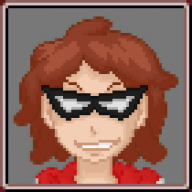 May I request 2 Battle themes for now?

I'd actually like a battle theme that has a Gothic feel to it. Something that would give a relatively dark, otherworldly yet relatively fast, combat feel -- however, it should still work as a theme for random encounters under different circumstances.


And basically the same, but a tad bit more intense. Something fitting a common theme of bosses -- such as "Death" or other form of evil spirits, or beings from some sort of otherworld.

Hero: Let me know what you think of this for your Gothic Battle theme - https://soundcloud.com/empyreanrrv/herotheworld-gothicbattle