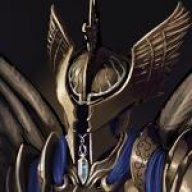 Hey, So I've been trying to design a boss fight with a mechanic where the boss calls out his target, issues a warning in text and then a turn later uses the skill. I'm using Tsukihime's Cast time script for the delay. So the attack works like this: Boss uses first ability, which chooses a target and activates a common event, the common event takes variables from Tsuki's common event script for target and user information, and that all works fine. Then I want it to call out it's target and user with a warning text which I also have working. The issue I am running into is that when I use force action it doesn't seem to matter what I choose as the target, it always chooses at random. Is there any way I can use a script in the common event to have more control over the force action target?


I'm moving this because you mentioned the use of scripts. I don't know whether that will change how you do it or not (I suspect it will). Please provide links to the scripts so people don't have to go searching for them in order to help you.
You must log in or register to reply here.
Share:
Facebook Twitter Reddit Pinterest Tumblr WhatsApp Email Share Link