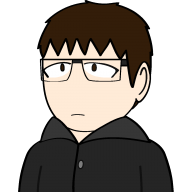 Hello! Thank you for taking the time to read this request.
I'm looking for/requesting a plugin that gives enemies a simple static level (for example all slimes are level 2) and places a modifier on how much EXP they give each party member after the battle depending on their level difference. (Very similar to how Fire Emblem and Paper Mario handle EXP, if you've played those games.). When an actor is higher-leveled than the enemy you get more EXP, and the opposite applies too.

To give an example on how it would work:
An enemy is defeated and gives 30 EXP. I have a party of three and 10 EXP is given to each actor.
Actor 1 is the same level as the enemy, and gets 10 EXP.
Actor 2 is one level higher than the enemy, and their given exp is given an 0.9x modifier. They get 9 EXP.
Actor 3 is one level lower than the enemy. Their given exp is given a 1.1x modifier, giving them 11 EXP.
The EXP doesn't have to actually add up to 30 by the way and the modifiers can be more extreme than that. 2 levels higher may give 0.8x or 5 lower may give 1.5x for example. The minimum would probably be 0.1x and the maximum 2x or 3x.

Other than that, I should note that I use Yanfly's Victory Aftermath, so this hypothetical plugin would need to be compatible with that.

Also, there is a script that accomplishes this for VX Ace, if that will help you get an idea on how it could be set up: http://himeworks.com/2013/11/level-difference-exp/


It currently only does 10% differences per level, but it does what you need it to do.
I may expand it if there is a demand for it.