We can all pretty much agree random encounters that are unavoidable suck. And having the enemies appear on the map looks kinda goofy (especially flying enemies or really big ones) and converting them to sprite form from their battle form makes it even worse.

In VX Ace, there was a script that gave you a little radar in the upper corner. There wasn't any noise or anything:

I found it incredibly useful to avoid or seek out RE.

If no one wants to make this, I'm just going to hire a scripter, but I think it would be something a lot of people would use in their games so making it for public use would be great.

The approach I took in one game was to have a few abstract "Enemy" sprites that wandered around. If they touched the party, it was a random encounter.  Zelda II used the same mechanic on its world map.

So it wasn't literally using the same sprite as the enemy.  There were 2, an Easy and a Harder encounter sprite.

Can you explain what you are looking for?

Tsukihime said:
Can you explain what you are looking for?
Click to expand...

Um well, like a little radar in the upper corner of the screen that shows you and the random encounter enemies so you can avoid them or seek them out without having the physically on screen. Pretty much the script in Ace.

the enemies move around, but they don't necessarily seek out the player or anything. Sorry if it doesn't make sense!

How was it set up in Ace? Did you have to create events for them?

No, it was done in the script. It completely threw out the RE system and made it's own (though it took the troops you assigned to the map). In the script, you entered how many enemies you wanted on the radar at a time, how fast they moved, ect. I'm not positive you could change this via script command, but I'm sure you could.

Here's a video showing how it worked in my old project (sorry for the music, the game recorder picked up on a video I was watching and YouTube had the song as one of it's default replacement tracks and I just picked one at random :/)


you just edited the parameters in the script, like so

Beyond that, I really don't know. It didn't take much input on the user, it was all done automatically in the script.
Last edited by a moderator: Nov 24, 2015

I must agree, this was a phenomenal script, and i cant wait to see it used for MV.


The random encounter could be prolonged by evading the red dots (enemies) on the radar. Once a red dot hit your player dot on the radar, the battle started. Amazing 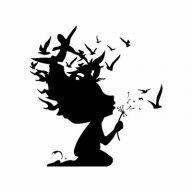 HI there. We recently built a radar system for our upcoming space game built in MV.
<--snip-->

[necro]Foundation[/necro]
The request was made over 3 years ago. It is highly unlikely that the OP is still looking for something like this now.

In addition, I have removed all links to your plugin. Paid-for resources can only be offered in the Classified section. As a new user you do not yet have access to that. This post explains why.

Tanarex
Who wants to see my review of the worst star wars movie? This movie has all the excitement of being on Jury Duty of the most boring case ever about trade negotiations.
50 minutes ago •••