Enemy Repositioning with Enemies that Appear Halfway through.

Hi,
I am rebuilding an old mobile game in RM. In this game you fight in a 3v3 style. Once an Enemy gets defeated the next enemy in line thats waiting in the battle queue will join the battle. 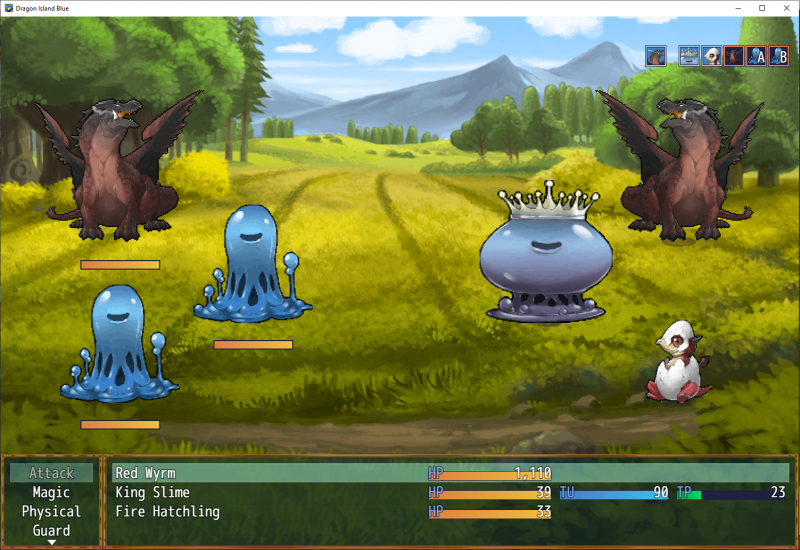 So far I managed to place the first 3 enemies correct in line using this Script Call:
$gameTroop.members()[0].battler().setHome(x, y);

However things gets complicated once an enemy gets replaced via death. I need a way to force the game to always spawn the new monster at the spot were the other one died.
While I haven´t found any/searched for any Plugin that can handle 18 Troopmembers yet, this function has to also work on high numbers like that. (Note: There Enemies can spawn with Troop Members between 2- 18 this depends on the troop itself)
Last edited: Jan 18, 2021
You must log in or register to reply here.
Share:
Facebook Twitter Reddit Pinterest Tumblr WhatsApp Email Share Link

Kaimi
Does anyone know of NPC sprites for RMMZ? I know of Flirion's RMMV recolours, but RMMZ's sprites are slimmer and more detailed, so I'm a bit on the edge to use Flirion's im RMMZ...
Today at 9:16 PM •••