Enemy uses skill despite condition becoming unappliable during the turn

I am trying to create a mechanic where enemy has to prepare itself in two steps before making powerful attack, while player being able to stop him by dealing damage during the preparation phase.

Gaining states at first was a problem to make (inputing a.set_state(n) in formula didn't work for some reason), but Formula Effects script allowed me to do so, so that part seemingly working fine.

I made both 'weapon prepared' and 'aiming' states removable at receiving any type of damage (100%), and it seems to work - the message of falling out of state is displaying upon taking damage.

The same thing then happens with 'aiming' and then enemy successfully throws axe despite losing both intended states for skill's condition.

As i understand the enemy decides what action to take before the turn starts and then he commits the action despite if conditions are made unappliable during the same turn?

If so, and in any other case, i searched the web for similar issues but didn't find any and i'm having trouble with coming up with any type of workaround myself, so could anyone help me with the solution here? 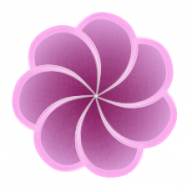 A possibility to try is make the prepare and aiming skill have a VERY high speed so that he acts first when using those skills (that's how Guard works). As far as I know there is no way of canceling an enemy's decided move without a script.

edit: OR instead of adding the next state have the skill go to a common event with
if enemy has "prepare state"
then add "aiming state"

Princess Bananabelle said:
A possibility to try is make the prepare and aiming skill have a VERY high speed so that he acts first when using those skills (that's how Guard works). As far as I know there is no way of canceling an enemy's decided move without a script.
Click to expand...

Thank you, that workaround can be useful and about the script - are there any known existing scripts for that or some kind of clues where to look for them?

I don't normally use vx so I don't know the scripts, all I can offer is try google. I also edited with another option, but you ninja'd me so I don't know if you saw it. good luck.

Princess Bananabelle said:
I don't normally use vx so I don't know the scripts, all I can offer is try google. I also edited with another option, but you ninja'd me so I don't know if you saw it. good luck.
Click to expand...

Thank you. Yes, i see you added events stuff, if i figure that out it will probably cover what i need to implement.
Last edited by a moderator: Jan 15, 2020

double check the duration for each state, and the battlers resistance to said states, and the states themselves sealing (or not) determined skills.

my suggestion would be: seal all unavailable skills by default, and make the added states negate those seals.... so if by any chance the state enabling those skills is removed, the skill will be sealed again.
by default, all skills are available and you can't add skills through states, only negate them.
so.... work by double negative -> !!A == A.

This post is being made on behalf of @kairi_key

Their post was mistakenly merged with someone else's. It is not possible to unmerge posts, so I have extracted the contents of their post and am giving it below.


EDIT
Or if you wanna use script, try searching for Enemy AI script or just AI script to help you set up specific behavior for enemies. I think there are quite a few out there.

Another way is that you can probably find a script where the skill can be used only on a certain condition. I think there is one or two out there.

And about enemy's action is that as stated in post above, it cannot be changed mid-turn once all your actions are selected unless you decided to implement a different battle system altogether.

Use "Action Rating", it will filter the highest two if not three, I don't remember.

- Set the "Weapon Prepare" at the lowest rating and do not require any condition.
- Set "Aim" with the medium/highest (depends on what you need) priority and a state condition "weapon prepared". It will override "weapon prepare" action so that it will never be used.
- Set Attack at the highest priority so it will always override both actions. Depends on what you want to do, if you remove "weapon prepared" state with "aim" state, "aim" action probably could have the same rating. If attacking requires both states to exist, then set "aim" action at medium rating while attacking at highest rating.

EDIT: as for action refresh, I have these code in my enemy AI that works to refresh the enemy action because of the reason you mentioned

Hey, everyone, i haven't checked this thread after suggestion to set speed of action worked for me.

gstv87 - i think sealing doesn't work as every step is working exactly fine and the problem is that enemy does not change action DURING the turn, so in this case only script would help.

Now i see that there is a script for action refresh by TheoAllen - per its description it seems to be what i need, so i'm definitely trying it out.

UPDATE: TheoAllen's "Action Refresh" script works! Thank you very much for this, it is exactly what i have asked for.

@t1slam If this has resolved your query to your satisfaction, please Report your post and ask for the thread to be closed. Mods might not see an individual post but will see a Report. It also removes any ambiguity about whether it has been resolved, because sometimes the OP comes back saying, "well, actually, ..."

I was wondering how do i close the thread, thank you, i'll do that.

Mac15001900
On today's episode of Procrastinating on Translating my Game by Making Random Upgrades to the Engine:
arbitrary JavaScript expressions inside messages! Why? Because I can xD

The_Power_Of_Green_Games
I'm looking for medieval style clothes for the character generator, does anyone have?
Today at 4:10 AM •••

ImaginaryVillain
Decided to build a stat upgrade system, and a area unlock system. Then it's probably upgrading enemy behaviors.

And for anybody who wants to watch me do so, here's a link....

kyonides
Have you gone through a situation where somebody gets desperate about an issue only because they kept ignoring, for quite some time, THE very same solution they were asking for the whole time?
I've crossed that bridge a couple of times already. XD
Yesterday at 6:02 PM •••