Okay to start things simple this is only a request and honestly I have no idea who would be crazy enough to help me with this. But I thought since I am surrounded by several RM masterminds, they may have the resources, since it would seem they have left the face of the internet.

Currently I am working on my Project Broken Grace, and I reached the decision to get XP. Since well I love XP Graphics (And the Layer System which I miss), but I love the VX Ace Engine. Its also a "Commercial Project" so I don't know if I can use the resources I was searching for because I never got to see the terms of use because, well they don't exist anymore.

What I have been searching for are RPG Maker VX Ace (Just the VX Characters are probably fine too.) Sprites in an XP Style I know I have seens some previously, but I just can't remember where (I want to say it was on some kind of forum but not this one, I think).

Then I also started looking into getting 2000/2003 Sprites in the XP style. I got as far as finding out this ikkatu guy (girl?) made them. However it would seem that they have been lost to the forces of time and the internet. So I was wondering the following:

Were they removed by ikkatu, as he (she?) no longer wants them available for use?

Does anyone know if they were available for Commercial use (IF SO, Beyond XP did they require other Makers?)

Lastly Does anyone have his (her?) resources, due to my being unable to find them.

I know Its probably ENORMOUS request, but I thought I would try posting it here, seeing if anyone would help me out. I still plan to continue my search but at this rate I am getting Nowhere without somebody's help. 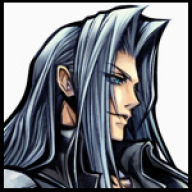 Although I can't read Japanese but, isn't that just the Mack Style Generator? I already knew of that, and its not really close to what I was looking for.

But thank you because I've been meaning to bookmark that page but I was always too lazy too.

Some 2k3-Chars for Xp, but I don't know if you may use them commercially.

Thought I'd give this a bit of a bumpification post.

@Avery I greatly appreciate the help but unfortunately I myself can't translate the Japanese (Chinese?), so unless I can get some confirmation on those resources I have to assume that its not usable for Commercial purposes. Even if it were its not nearly enough (However I would probably still use some of those, since some of them do look pretty good).

Alrighty then time to bump this topic up again, figured I'd wait slightly longer this time.

Still searching for the resources, not much luck on finding it. Again I appreciate it if someone can help me out here.

(I figure I'll bump this thread one day later than the number of days waited for the previous bump.)

Off to look. I have a lot of them downloaded, it's just going to be a game of trying to remember where I got them from.

Do you mind me asking of which one? Because I already know Ikkatu isn't on the internet anymore so I am assuming that you mean the VX RTP Sprites in an XP Style, in which case that would be greatly appreciated.

If its Ikkatu just send them to me and I could probably just find out if they were commercially usable, myself.

Okay, in my searching, I found this trove of resources - XP characters converted to work with Ace colors, etc.  Not exactly what you requested, but if you are needing NPCs and such to round out it should help.

In going through my files and trying to track them down, I found these, though I'm not certain (and quite frankly don't feel like investigating further right now) if they are Mack or XP style.

Okay, and here is what I have, they are actually Mack style and are by Yaosome.

Oh pooh, I recognize that last link its where I thought I saw the XP Style VX Characters, Looking closely I can tell that those are definitely Mack...

Well that is, disappointing. But anyway thank you for the links, from what I could tell from the second link that it was also Mack but I could be mistaken.

I'm also a little confused because in the first link, I can't really see the difference between those character than the Original XP RTP, all I can tell is that they are in the 3x4 format.

Yes, I said the last one was definitely Mack.  The first link is the XP sprites, but they are ready to plug into Ace.  It may not be exactly what you are looking for, but I thought it might be helpful to fill out towns and such with NPCs.  There is also supposed to be a converter out ther that you can use to convert tiles, though I don't know if it works Ace -> XP and no clue how well it works.  I also want to use XP sprites in Ace so if I find anything else I will post here.  Though with the abundance of Mack resources I may go with that style instead.

Thought while I was checking I'd bump this request... so, yeah...


*Still searching for this* I am willing to live without the Vx sprites although I do want those more than the ikkatu sprites, its just I know for sure that ikkatu has to still exist, I am sure someone on this forum has them.
Last edited by a moderator: Feb 13, 2014

Red text is for mods only.

Thank you Avery so much (I'll admit I thought the set was bigger). However I do appreciate it deeply, I can see several off the bat that I want to use for sure, but I still don't know the terms for his work.

superkoopa
So many ideas, so little energy.
41 minutes ago •••

working on my avatar, because i couldn't stand looking at it anymore
still not finished though...
alpacaraptors = love!
Yesterday at 8:27 PM •••