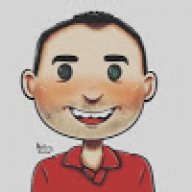 In a fictional world, set in a medieval era, a kingdom called Sephadel goes into shock after the death of its king, Grimsam, stricken by a mysterious illness, after traveling to a province in his kingdom.
After the death of their king, their children, Prince Sepham, and Princess Lianka, must unite to rule the kingdom, even though their differences are quite evident.
But another terrible tragedy happens, completely shaking the structures of Sephadel's kingdom, and the protagonist of history, who may be directly responsible for this second tragedy, comes on the scene.
Click to expand...

You are Baldric Lamarc, a soldier from the Kingdom of Sephadel, who was invited to the funeral of King Grimsam, stricken by a mysterious illness, after a trip to the province of Tinegard, on the west side of the kingdom.

During the wake, a terrible and unexpected murder of an important member of the royal family leads the valiant soldier to be accused of this murder, although he does not remember anything that happened at the time of the murder.

Now it's up to you, the player, to lead the hero Baldric to prove his innocence, to discover the culprits for the mysterious murder, and all the plots that are involved in this event, while the royal guard is relentless in his capture.
Click to expand...

Avery
Now that I made this "What the MZ RTP is missing" spreadsheet it's itching me to fill some the gaps D:
30 minutes ago •••