Good day!
I spent a bit of time yesterday coding a system on RM2k3 for fun. It worked out alright but of course, inserting that system into a game's context is a hairy situation.
Anyway, such a system wound be a fun addition to MZ's plugin library! So I'm making it my request. To be fair, I'm unlikely to actually make a game with it, but I'd enjoy seeing it being released anyway.

So, the system is basically a mix of the skill systems in The Frozen World and Final Fantasy: The 4 Heroes of Light.

Each character has slots they equip their skill to, which are similar to equipment slots (Armor, Helmet, etc.).
Differently from equipment slots, by default any skill can be equipped on any slot. What the slots actually do is that they provide modifiers to the slots.
Back to The Frozen World's case, the game features 5 skill slots: I, II, III, IV and V. What these slots do is add +1, +2, +3, +4 and +5 to the skill's MP costs, respectively. So a skill on slot 4 will cost (whatever the skill costs naturally, which in that game is always zero) + 4.
The other thing that that game does, is that these slots also add modifiers to the effects of the abilities. A basic attack will have a higher multiplier if equipped to a higher slot. An accuracy effect will raise accuracy further, while a status effect may stick around for X turns longer.

Now, the way I explained this, you could make it a "skill equip tiers" system with fixed slots. That's fun and all. But what if the slots were more diverse than that? Say, an "All" slot that makes skills target all foes or allies? A "Dark Drain" slot that forces the skill to deal dark damage (or adds dark to the elements of the skill) & adds a Drain effect?

The way I feel like this could be achieved would be by making each slot an actual skill, and making the target skill inherit traits from the slot-skill. Like MP costs, elements, effects, etc.

This sounds immensely hairy, but still, I know I'm not gonna finish the system on 2k3 because I have so much to do this month, I figured that at least posting it here if anyone feels like trying it out would be a fair thing to do! 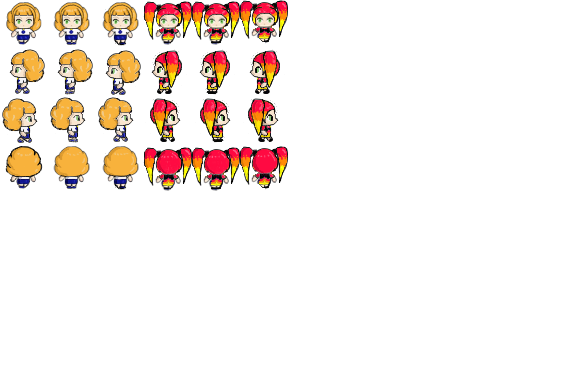