So, I'm running into a design problem for my game. My game's equipment system is based off general tiers with a crafting system. After you defeat a boss, you unlock the next tier of crafting that will allow you to build stronger weapons. However, each boss also drops their own unique recipes, with weapons/armor/etc. based off of the boss itself. While the general tier system is composed of nine tiers in sequence, with each tier stronger than the last, the boss-specific gear only has three tiers. The gear that you unlock from bosses typically have lower slot-unique components, i.e., a tier 9 standard armor will give the player access use of 15 skills in battle (through Yanfly's Skill Equip), while a tier 3 boss-design armor will allow the use of only 12 skills in battle. However, the boss-design armors will have their own unique skill that is equipped automatically and does not use up any of the 12 slots.


Additionally, my game runs a resource system kind of like like the World of Warcraft's Balance Druid, but without mana and with a different theme than Solar/Lunar. Rather than having mana, I've replaced MP and TP with Harmony and Wrath, respectively. Every skill the character uses will shift them toward Wrathful (which boosts their attack and magic attack for every 10 Wrath they possess) or Harmonious (which boosts their defense and magic defense for every 10 Harmony they possess). One of the equipment slots, called Souls, raises the character's maximum Wrath and Harmony, by a total of 60 points, with up to 50 points in either of the two resources. The boss-design souls, however, are different. They only raise the character's Wrath and Harmony by a combined total of 40, but they also increase two of the character's stats by 5 and decrease two of the character's stats by 5 (This increase and decrease can affect any of the 6 stats and HP). The general Souls only effect Wrath and Harmony and have no effect on stats.


My question is, would anyone USE the boss designs, since they have more unique modifiers, or would you all just favor the general equipment?

Well, for starters, imo you really over-complicated this question.  How much of the info above did we REALLY  need to know to give an answer.


Anywho, before I start rambling, the simple answer is yes.  As long as the equipment is interesting or useful at the time it is acquired, why wouldn't I want to use it?


And if getting an awesome skill only costs me 2-3 potentially humdrum skills, all the better!


You as the designer make the equips.  So if you want players to use em, make em useful or attractive in some way! (And be sure to advertise the utility to the player.)

Yeah, I may have given too much information, sorry. I was trying to get across how the boss designs were different than my standard gear, and it got kind of ramble-y... XD

that sounds really cool. i'd like to acquire skills from the uber armor of a demon lord lolz. why not - slightly weaker but have awesome skills. YEAH BD 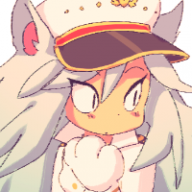 I think it definitely depends on the player. There are some people who enjoy a complex game that way, that requires more skill and thought to win. Some casual players might not bother. If I was playing it I think I'd give it a shot.

Cool! Thanks for the responses, guys. I wasn't sure the level of interest for an alternate boss-design aspect, but figured I would ask. If there wasn't any, no need to really make them, ya know? Would save some time haha XD
You must log in or register to reply here.
Share:
Facebook Twitter Reddit Pinterest Tumblr WhatsApp Email Link