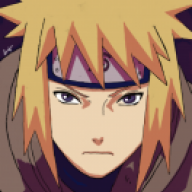 First off I have an error that keeps showing up whenever I try to flee battle.

Second whenever I finish the battle that is supposed to level me up, I get an error

I'm not sure what to do. All I did was transcribe parts of the script editor to English.

Also when I try to flee battle I get this error: Script' BattleManager' Line 218. argument error occured.

invalid value for float(): "Andrew." What do I need to do to fix them? It didn't happen till after I transcribed

Half of the Vocab page.

Also I did not add any new scripts to the script editor.

It would help if you would post what you changed, but just from your comments and the incomplete error messages I can tell you what happened: You broke the code that is part of the vocabs, because the vocab's aren't pure texts.


Here's what you have to do:


1) make a new project - that should give you access to the original vocabs.


3) rewrite your new vocabs until the number of %s sequences is again identical to the number it was before.


The %s are placeholders for strings that will be added into the text when the text is displayed on screen. The number of %s is identical to the number of arguments needed by the vocab.


In some cases there might be other placeholders like %f (all beginning with %) - in those cases the order of the placeholders has to be the same before and after translation. Because %f is a placeholder for a floatr variable, and %s for a string variable - changing the order usually results in that error "invalid value for float() - "Andrew" is a string, not a number (floating number)


If you remove an %s from the vocab, you'll get the "too few arguments" error.

Thanks, dude. You really helped out.

Conflictx3
Worst nightmare this morning, tried to get 20 minutes of work done on my project before heading to work and got hit with a POWER SURGE. Restarted my computer and the project was CORRUPTED, luckily I made a back up a few days ago so I only lost 4 days of work but still
Today at 1:15 AM •••

Ami
what the other name of Elixir?

Mystic_Enigma
I was told that an iPhone can provide a personal internet hotspot...You learn something new everyday!
Yesterday at 11:57 PM •••