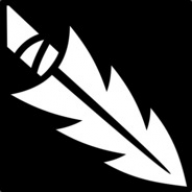 This seems like a concept that should have been included with RPG Maker MZ because it is almost a necessity in most games, but I am unable to find any way to insert it, even though it seems like it would be simple.

I've been searching on the forum for discussions on this, or people who have made plugins, but I only found one entry, and that was from someone who made one for MV, but it does not appear to work with MZ.

The fact that there is little discussion on it seems to me like it might be a simple matter, and I might just be a bit stupid and cannot figure it out. Has anyone done any editing on this, or created a plugin that works for MZ?

I use Visustella, but I don't know that there are any options for that in any of the plugins. Maybe I missed it? Could be. If I did, let me know.

Any help to point me in the right direction on that would be greatly appreciated. Thanks.

I know you can do it with scripted encounters by eventing whatever it is under "if escape," but I'm not sure how to do it for random ones...

I don't know if this is exactly what you're looking for but...

I can't seem to figure this out, how can I tell when the player has escaped from a random encounter? Without a plugin if possible. It's really easy when you force the encounter with battle event but lost when it comes to the random step encounter. Thanks!

Give this thread a look see and see if any of the solutions proposed here work for you.

THAT is why there aren't hardly any threads about this. Caethryil, you sneaky genius! It was so simple. THANKS!

For anyone who is using Visustella, you just have to set an event to the "Successful Escape" slot in the Battle Core plugin. It seems that you'll have to setup a script to calculate a percentage of gold, experience, or hp, depending on what you want to be a penalty. I'm not sure how to script an equation like that yet, but I'm going to look it up and see if I can work that out.

Sorry about that Shaz. I'm still new here, and it was kind of a question that was open ended to many different potential topics, so I wasn't sure what thread to post it in. Thanks for all your hard work.

Okay, so let me explain it for newer people just in case someone reads this. This is the first time I've tried very simple scripting, and it took me about 15 minutes to figure it out with the help of a intro to scripting YouTube video, so it's not that hard.

However, you need the Visustella Battle Core plugin. I'd recommend it, it's fantastic, and will save you LOADS of time if you are (like me) not an experienced script kiddie.

Create two variables. We'll name them PartyGold (Variable #001) and EscapeLoss(Variable #002) for this example.
In my common event, I set the gold penalty for the party to lose 15% of their remaining gold when they run from battle.

Test it and make sure it works. If you run from battle, and the party had, let's say 500 gold, it will pop up a text saying that the party lost 75 gold. If you want to change how much they lost, just change the 15 in "0.15" to whatever percentage you want. Hope that helps. Thanks everyone.

General Rules you must read

General Rules you must read

Double posting? I don't know what you mean. Where did I do that? I wanted to know so, whatever it is I did, I don't do it again.

Double posting just means posting twice in a row in a thread. Like for post 6 and 7 of this thread. Since no one else had posted after 6 normally you'd just edit post 6 to add the additional information instead of making post 7.

If you're unsure of what I'm talking about here my post right here for instance is Post 10 of this thread. And the one right before it, yours, is post 9.

Robert-Developer_of_Bis
Okay so, I'm using this script, right? And it works. If you press :Y a menu should come up allowing you to choose an item to use. Nothing happens. You press :A to open the event options menu and choose "Use an Item"? The item selection menu appears. I have no idea how I set this up or why it works the way it does. Absolutely bizarre.
4 minutes ago •••

Tanarex
A woman gave me her number without me even asking for it. Then she left because she had other patients to see.
Today at 6:00 AM •••