"Escaping" from enemies on a set Route 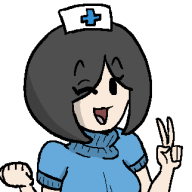 I have an enemy that patrols through a hallway by setting their Automatic Movement to Custom: Route > "Move Up, Left, etc". If they bump into the player, it triggers Battle Processing and they fight. However, if the player Escapes, the enemy immediately resumes it's patrol route and can bump into the player again right away, triggering the fight again. I tried fixing this by making the enemy wait for 60 frames before resuming it's route (by going to Battle Processing > "Can Escape" and then adding Movement Command: Wait 60 to the "If Escape" part of the event.

The problem is that making the enemy Wait in this manner messes up their patrol! When the 60 frames pass, the enemy resumes it's patrol, but skips whichever command was next before combat started.

If you collide with the enemy after the first Move Up and then Escape, the enemies next movement will be Move Down, skipping the second Move Up. Is there a way to fix this? Or alternatively, is there a better way to handle Player Escape so that the enemy can't immediately collide with the Player again if they're set to a specific patrol route?

Do you specifically want your enemies to work that way? In most games I've played that have on-map encounters, the enemy is taken off the map entirely after the battle, whether or not I won.

Others have the period of you being flashy invulnerable, and you could replicate that by starting a timer (or using a variable) and including in your enemy events "if timer > 0 end event".

But I think just taking them away would work and fit general expectations.

If I can't find an alternate way to resolve this, I suppose I could use that method. It's just always seemed weird to me that the enemy would straight-up disappear after escaping a fight with them when it's just the two of you in a room. Like, where do they go? They weren't killed, so it seems fitting that they'd continue to chase you or resume their patrol.

Yes, that's a bug in RMMV's core scripts. You can patch it with a small plugin like this (there may be a more elegant approach):

JavaScript:
Or here's a ready-made version I wrote a while ago:
(This bug has been fixed in MZ as of v1.2.1: link to bug report.)

caethyril said:
Yes, that's a bug in RMMV's core scripts. You can patch it with a small plugin like this (there may be a more elegant approach):

JavaScript:
Or here's a ready-made version I wrote a while ago:
(This bug has been fixed in MZ as of v1.2.1: link to bug report.)
Click to expand...

LunarFlareStudios
Has anyone ever wanted to choose how they play? I've been working on Black Moon, a project where you can fight against ancient beasts by commanding an army of former gods and goddesses. But what makes it different is that there are different ways to give your choice heroes either Red, Green, or Blue weapons/armor, and each grants different abilities. More coming soon!
49 minutes ago •••