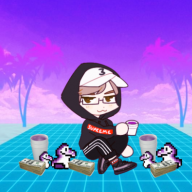 For this project I'm using the QABS plugin, but I don't think it's all that important to the problem.

Basically I'm trying to make a necromancer type class which uses minions in the form of events that follow the player. I'm having several problems making this happen with 2 major ones stopping my progress.

First problem: This plugin allows the player to use skills at the location of the mouse pointer. I want to make a skill which "summons" an event (aka minion) at the mouse pointer location when used (if this is impossible, a static location near the player will do as well). It will also need to be usable on any map in the game and persist through map changes so you won't have to "resummon" them after walking through a door.

Second problem: Once summoned I want the events (minions) to follow the player unless there is an "enemy" event nearby in which case I want to to walk towards the event and use a skill on it. This would be easy if it was only a single static event (enemy) in the game, as I could use the following script in the move route:
this.moveStraight(this.findDirectionTo($gameMap.event(x).x, $gameMap.event(x).y));
(well this doesn't exactly work because the events are solid objects and can never occupy the same tile, instead I need something to get them within 1 tile of each other so they are close enough to use a skill on each other)
but that won't do as it will need to work on a variety of events (enemies) and maps in the game.

If anyone is able to solve or at least point me in the right direction towards solving either of these problems it would be greatly appreciated.

QABS or any ABS is very important to the solution as they rewrite so much of the core functions of the engine. This will probably take javascript to pull off for that reason.

bgillisp said:
QABS or any ABS is very important to the solution as they rewrite so much of the core functions of the engine. This will probably take javascript to pull off for that reason.
Click to expand...