Event report how many monsters have been killed 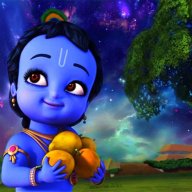 Hi, I need some help.

It probably shouldn't be too hard, but I'm somewhat new at all this. If I make a map full of monsters and use Shaz's Kill Counter to count the number of monsters killed - plugin link: https://forums.rpgmakerweb.com/index.php?threads/kill-counter.56923/

Is there a way that the player gets his ''kill statistics report'' after leaving the area?

For example, If I put on the map 50 very strong monsters, and the player leaves the area after defeating 20, is there a way for him to be informed by an NPC or event on another map about how many he has defeated?

You can display the value of a variable in a message using the \v[n] code.

If you have different types of monsters and are using a different variable for each type, then you would need to list them separately in the message:


or add them altogether into another variable before the message, then use THAT variable in your message:

You are awesome, THank you so much!!!

One more question, does the plugin reset the counting each time?

Let's say a player goes to the area once and kills 5 monsters and dies. So after death he respawns in town (I have it set up that way), and I make autorun event with ''EndKillCounter enemyId'' plugin command, and then and he learns he killed 5 monsters...

If he goes to the area again after all that, will the counting start from beginning (desirable) or will the count continue where he left off (less desirable).

Thank you for making this great plugin and also for your help. You really are a great asset to this community!

No, the variable doesn't get reset either when you start the counter or when you end it.

If you want it to start counting from 0 each time he enters the area, just do a Control Variables to set it to 0 on the event that transfers in.

Shaz said:
No, the variable doesn't get reset either when you start the counter or when you end it.

If you want it to start counting from 0 each time he enters the area, just do a Control Variables to set it to 0 on the event that transfers in.
Click to expand...