(I'm not 100% sure but maybe if you give me a quick demo of the system you were using, I'll be able to figure out what was the issue by playing with it a little... That's only If you think It will be worth your time, of course.)

sapiboong said:
The system works great until it's time when I press A button, nothing happens
Click to expand...

Just to make sure, when you say A button, you mean shift, right? The A button on your keyboard corresponds to X in game, by default.

@Ralpf : I don't think that's the issue because Sapiboong said that his sytem was broken before the picture even changes. This mean his system probably freeze the game, and that's why nothing happen if he press the A button or the arrows key (to change pictues). 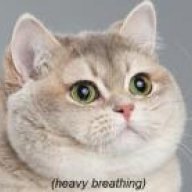 I have answered your query in the other thread that you opened.  As you can see from the title, this thread is for expert users, not for fundamental questions. 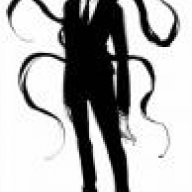 I have about 5-6 years of working in RPG Maker

Okay I am trying to make an event inside a fight where it plays a movie thing is the fight is still going while the movie is playing even if I put commands to make them stop fighting while it is playing is not working what should I do?

Also I am trying to make an effect where the screen turns monochrome like in a horror game when the enemy gets near.

Thank you to anyone who answers this question. 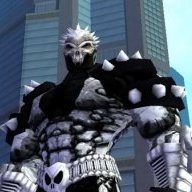 I'm not sure if this can even be done. At this point, I'm having serious doubts, but maybe it can.

I'm trying to call a Common Event from a Variable.

$game_temp.reserve_common_event(common_event_id) will only hold one at a time, and I need 4.

Neither of these worked.

Any way to do this?

This is not a complex event system. It is a simple script call. Please post in a new thread for assistance.


You CAN only reserve one common event at a time. Someone wrote a script once that allows you to queue several. Search for it - though I'm not sure if it'll be in RGSS3 Scripts (and maybe the Master Script List) or in response to a Script Requests post.

Shaz said:
This is not a complex event system. It is a simple script call. Please post in a new thread for assistance.

You CAN only reserve one common event at a time. Someone wrote a script once that allows you to queue several. Search for it - though I'm not sure if it'll be in RGSS3 Scripts (and maybe the Master Script List) or in response to a Script Requests post.
Click to expand...

I need it for a template I created so I don't have to manually alter 2700 alterations in 75 Common Events with 36 alterations each that control an additional 200 Common Events each 250-1000 lines long. It's complex...

I didn't think it could be done tho. I've spent two days searching. Haven't found it. At least nothing that would work for my situation. Thx for the info.

Here's what I've done: Create a custom event menu based on Titanhex's 'Custom Menu Tutorial'. Here is a link to the tutorial page that I used to create my event menu. It's fairly straightforward and simple. Most everything works just fine. It's a menu that uses events with character graphics. That part works just fine. What I'm having trouble with is when you move the 'selector' for the first time.

If you download the project and play it, click on the dude standing in the field. This opens the menu and you'll see what I mean. I cannot figure out how to stop it from doing this so any insight will be much appreciated. The file is just under 300MB and is not encrypted. Thanks in advance. 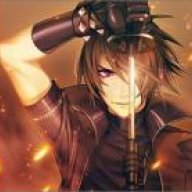 Is there any way to make something similar to the Badass Rank system in the Borderlands series?

If anyone might know how to get it working but not the system from the game itself it basically works like this:

You complete certain tasks that are available from the moment the game starts and they give you points, as you complete challenges you earn tokens, these tokens can be redeemed to earn permanent marginal stat upgrades for all characters tied to your profile

I was thinking it might be able to be done by adding variables that are tied to character stats somehow and then having certain challenges that would increase that variable and in turn increase character stats across the board incrementally but this is mostly brainstorming and I haven't figured a way to do this realistically, if anyone has any thoughts on how to implement this it'd be appreciated

Well you can have a variable for points.

Quests add to that variable on being completed successfuly.

So you need a menu to indicate the costs.

Lets say Strength needs 10 points to raise 1 point or a percentage of Strength.

You CAN add 1 or 2 or 3 or N poiints (N is a random integer of your choice) to Strength.

You can subtract points from a variable.

Putting all these abilities together, I can certainly tell you, that I suppose it is possible.

OK, I've got an inquiry. I'm trying to see if it's possible to set up a state or a passive skill or something for an actor where effects happen when they take damage (specifically parameters alter). I can't quite seem to find the right combination in the database to make it happen, though. I want it to only happen to a specific actor. Any suggestions?

I have never been able to find a way of eventing it (which may be because of my limitations, rather than because it is not possible) so I have done this with Iavra's Auto States script, where various states, stat changes etc. kick in at specified percentages of MHP.  If you can't find an event solution, perhaps that script might interest you.

Hmm, that might be something. I was glancing at Yanfly's Lunatic States, which looks like it might work, as one of its triggers is "Receiving damage", but I couldn't figure out how to actually use it, and there's no real explanation as far as I saw or understood. All I need it to do is change a primary parameter upon taking damage, so it shouldn't be too hard to figure out, I'd imagine.

Wrong thread. This is not an event SYSTEM (which consists of a number of events working together for something like a menu or hud).

ksjp17 said:
I have never been able to find a way of eventing it (which may be because of my limitations, rather than because it is not possible) so I have done this with Iavra's Auto States script, where various states, stat changes etc. kick in at specified percentages of MHP.  If you can't find an event solution, perhaps that script might interest you.
Click to expand...

It's not needed now, but I think I have figured out a method to event this. You'll need to have Hime's custom page condition script(everyone should be using this anyway), and use troop events to pull this off.

trigger is, if X character has state, and set it to end of turn.

Make sure you save the original parameter you are going to later change, this way it can be changed back later(after character no longer has said state, which is most likely after battle). You'll want to record the characters current HP every turn, then make another variable that divides the current hp by whatever you need to get the desired %, then you can add or subtract that variable

A few years ago I was searching for something completely unrelated and came across a video that I think was of XP. In that video, the player was walking through a battlefield with a lot of NPC's fighting. I can't find that video anywhere so I was hoping someone could help me out. I'm essentially trying to do the same thing as the video. The scene will be fully scripted, so the player character will move according to the script (and enter some battles of his own), but while moving across the map from point A to point B, there needs to be several groups of NPC's fighting each other. Since the main event that controls the player character will be an autorun, should the others (can they even?) be autorun as well, or parallel process or something else? What's the best way to give the appearance of battling, aside from just playing attack animations and such? I don't want the NPC's to really move around much, maybe some forward/backward but mostly I want them in the same place beating on each other.