This thread is for trouble-shooting complicated event systems. Please only post in here if you are creating something that would probably end in 'X system' and is more advanced than general usage of the program.

This is not a recruitment thread. Please do not request event systems here or offer to provide event systems for others.
Last edited by a moderator: Jul 22, 2012

So far, my game is coming together smoothly, and now it's time to create your name. I want the player to be able to create an 8 (or fewer) letter name. I want it so they only have lowercase and uppercase letters to work with. Now here's the hard part: I want it so the name that they created appears next to their character. Example: Let's say they named their character Mike. Instead of ???: Hi Helen., it would be Mike: Hi Helen.. Also, I want it so that the NPCs say their name. Example: Instead of Helen: Hello, player, how are you? it would be Helen: Hello, Mike, how are you?

If this cannot be done, please tell me.

There is a 'name input processing' command in the 3rd event tab, which lets the player re-name an actor to a name of their choice. Then you can simply use what Lunarea said, \n[#] in a text event, and it would show up as the name the player selected.

Hi, I'm having trouble with this event. I have a 'trigger tile' which, when stepped on, causes an NPC to run up to the player, say some stuff, and then move out of the way. The player then continues on to kill some rats, after which the NPC runs up again before walking off screen. However, when the NPC reaches the previously mentioned trigger tile he can't walk through it and gets stuck. I've tried using a self switch that activates a new blank event page which works fine for the player but not for the NPC. Am I missing something? I'm relatively new to RPGMVX so forgive me if it's blindingly obvious! Is it not possible for events to move through each other? I could try setting a move route for the trigger tile but that seems kind of sloppy. Thanks in advance for any help!

Yeah, events cannot pass through each other, unless one of them is set to 'through' in the move route command. So when you move them, set them to through on, and then make 'em pass over the other event, then turn through off

Ah ok, I'd tried using the 'through' function before but I obviously wasn't using it properly. Works like a charm, thank you! :lol:

I'm having a little bit of trouble setting up a battle event. I'm using Melody for VX.

What I'm trying to do is create a damage related battle effect. Saffron uses a skill called 'Dance', which adds a beneficial status effect to all party members. This also adds the 'dancing' status to Saffron, meaning she's not allowed to attack/move. Got this sorted no problem.

The next step is this. Whenever Saffron is attacked, this cancels the 'dancing' status, and adds the 'Idle' status, meaning she can move again. This I also have sorted.

The issue arising comes here. Whenever Saffron suffers physical damage whilst 'dancing', I want to beneficial status effect from Dance to be removed from all party members. I've set up attacks to cause the 'Idle' status to cancel the 'dancing' status, and my battle event is -

The condition of the above battle event is set to 'When the end of turn', and the span 'Moment'. I have a feeling I'm on the right track, but whenever this event runs the battle freezes. I think it's because of the span, but I'm not so sure. Any help would be appreciated, because I feel like this is something simply fixed >.<

EDIT: It works if I set the span to 'Battle' but then it never runs again >.<

FURTHER EDIT: Annnnd never mind, setting the span to 'turn' made it work. And that's why you always experiment before asking, OTL.
Last edited by a moderator: May 21, 2012

If anyone could help it would be greatly appreciated.

See I'm just mucking about with the software at present (VX) and I'm working on moving between maps.

The trouble is even when I move to another map, a waterfall sound effect in the previous map continues to play.

The waterfall sound effect is a parallel processing activated event.

NM, that may not work, failed to note the Parallel Process part. Sorry.
Last edited by a moderator: Jun 2, 2012

@imi: You can create another parallel process event on the new map that sets the sound to "None" 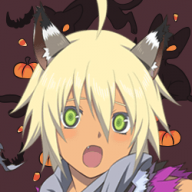 Having a confusing issue with trying to set a variable to the playable character's current HP.

Unless it happens to be way more complicated than it seems, something seems to not be working...

I'm using VX, not Ace... not sure that makes too big of a difference, but important to know.

So variable #4 is set aside to be this variable representing the actor's Health.

The MaxHP is 100. and I want to make a parallel process event for when his health is low, to hopefully do away with pesky HUDs.... only, it seems every statistic (HP, level, whatever) that I set to a variable doesn't change the number from 0. Anybody have any tips? Or a way around this. i've just been using the control variable function and the /v[#] function in messages to make sure it actually changes the variables (which it doesn't seem to do). I haven't even gotten to the point of incorporating the conditional branches into the mix.


You would set a variable to the player's current health, see if it's "low", and do something if it is. In either case, you would then add a Wait so the event doesn't hog all the processing.


You might need to post a screenshot of the event (include the whole thing, not just the event commands) so we can get a good picture of how you're doing it.

Put briefly, there's nothing to really show. A map event on parallel process that

sets the variable #4 (HP) to actor 1's HP. then, on that map... to test this part. There is an event I can click on that will show me the current variable with a message.

It always says 0. I tried it with levels too, and that even carries over as 0 as well.

So, it seems the part that isn't working is the actual setting of the number of my health to the variable itself...

The rest of the event hasn't even been made because the part it all depends on isn't working.

I've messed with it in the past and sculpted the entire event system before testing, and it didn't work.

I had no clue why then. this time I remembered that you can print the current variable # into a text bubble with /v[n]... so I did that and realized it's not even changing anything.

In this game, I'm using an ABS battle system, and I think it might be possible that the scripts involved in that could

is there a way to fix this?

Is it possible that it'll clear up this problem if I find out what pages of default script are responsible for this stuff and copying those to a spot below my battle scripts?

I'm not by any standards a novice at eventing, so this is frustrating to me... and scripting is the one thing I know I can't do. sigh.

Thanks for the valiant efforts to help, by the way.

Moved to VX support, yes we do have a forum for it.


If your HP is not being set to a variable, you'll need the variables fix for VX.

Sorry about that Celianna, must not have noticed the forum thread in the VX support section. thank you very much for that variable fix!

Helpful people like yourself make me glad to be in this community.

And thanks to Shaz for being helpful too! Another helpful soul.

I'm having it strictly follow the path a user draws, because there will be booby trap and other similar mechanics where you want to avoid specific cells.
56 minutes ago •••