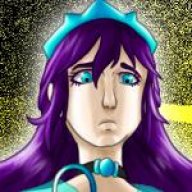 I was wondering if were possible for an event to move off map and then come back in a different area. For example, like a car zooming through the area then when it reaches the edge of the map it would go off screen and then few seconds late appear on a different part of the map as if it were travelling around the area.

At the last step before leaving map, use a tranfer event command to place it at the other side of the same map.

For events, it's called Set Event Location, but it's in the same block of commands as the Transfer Player command.

They didn't mention but you can combine it with "Set move route" and change the graphic an such as well to give the illusion of more than one object, as long as they don't have to be on the screen at the same time. For example, you could do up the graphics for several different cars and have it change appearances when changing locations as if it had driven off screen and another had driven on. (learned that the hard way with VX Ace Lite, 10 events max, if you need more you set up a situation like I described)
You must log in or register to reply here.
Share:
Facebook Twitter Reddit Pinterest Tumblr WhatsApp Email Link

WaywardMartian
I don't really have a use for this guy, I just wanted to build a plague doctor.