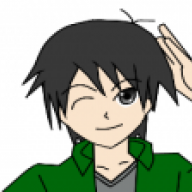 hi, I need help of something, I made tales of series the skits/chats, i know how to make it and put on events spot but this more kill a enemy count

it work but one map doesn't go next map some reason only one map i did put parallax mapping doesn't work either, i doing variables.

kind hard for to explain on text going try it.

I went have skits it add one variables point, let say you two defeat enemy one same map will get the skits there control variable on troops with slime,

now I defeat four enemy in different map the skits won't activate next map, it won't work some reason that the problems.

also doing this on Rpg make VX  ace too

VX and Ace are different engines. If you're asking about how to do something in Ace it doesn't belong here. Also, please don't post the same question in multiple sub forums, only ask once. If you've accidentally posted in the wrong place, report the post and a moderator will move it for you. Closing.

KrimsonKatt
I just graduated from high school yesterday!
12 minutes ago •••