RMMV Expanding on the features of yanfly limited skill use plugin 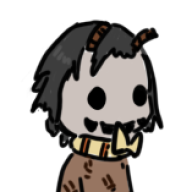 What I'm trying to do: I am trying to create a battle system around the concept of a leader who inspires their followers. The idea is that followers all have limited use skills, and need the leader to use skills that inspire them. After the leader inspires them, they gain uses for their limited use skills. How well the leader can inspire them depends on various factors such as their state, certain variables, and some amount of random chance (defined on a case by case basis for each move.)

What yanfly's plugin does: Yanfly's limited skill use allows me to create limited use skills, set/modify the maximum charge of the skill, make both limited and unlimited skills with ease, and (with a little lunatic mode- thank you helpful forum friends) can hide skills that have 0 charges left so they don't clutter the menu. This is all great. If a plugin cannot work as an addition to the functions provided by yanfly's plugin, then the plugin would need to be able to replicate all of this.

What yanfly's plugin cannot do:
- It does not allow me to manually subtract charges from a skill without modifying the max charge level. I would like all charges of all moves to be cleared (and thus hidden by the lunatic mode command) before each battle. Currently all moves start with maximum charge, which defeats the purpose of needing a leader to inspire you.
- It does not let me use conditional statements. I'm going to need a lot of "if this variable is this, then do that" for this to work.
- It does not let me reference things like variables, an actor's state, etc.
- It does not let me vary the outcome of an inspiration move randomly/vary it based on a variable I can randomize at will.

Examples for if you're confused:
Let's say Lucius is the leader, and is inspiring followers Marsha and Harold. Neither Marsha nor Harold have any visible/usable skills on their own at the start of the battle. But then Lucius casts "inspire attack", and they gain charges for limited use skills. Now charged, the move "inspired bash" has appeared in Harold's skill menu. "Inspired fire" appears in Marsha's skill menu.

Next round, Lucius casts "Mega inspiration." This has a variable outcome, decided randomly. For Harold, there's a 50-50 chance of getting either "Turbocut" or "Superslash." For Marsha, there's a 1/3 chance of getting "Lightning storm", "Fire storm", or "Ice storm". The game randomly decides the outcome for each, and they each get charges for one of the possible options.

This battle is over. The heroes have defeated the pig king, and are more powerful now. In the game's variables, the "bosses defeated" variable silently ticks up from 0 to 1. Next time Lucius casts "Mega inspiration", the game references this variable. Before, it would see that the number was 0 and give the outcome described above. Now that it's 1, the outcome has changed. Harold now receives the attack "Swordexplosion" instead of what he used to get. Unless he's confused of course, in which case it's 50% "swordexplosion" and 50% "stumble."

When the battle ends, Harold still has charges for his "inspired bash" move. But these are lost now, next battle he will start with 0 charges and will need inspiration again.

Hopefully that illustrates what I'm going for here. I need to reference a lot of things, use conditionals, use random chance, use conditionals inside conditionals, etc etc. I will also note that I'm perfectly fine if some of these things need a little jury-rigging to happen. I don't care if the plugin lacks dedicated commands for every single thing, as long as I can accomplish what I'm going for. Honestly even if you just say "here paste these 3 pages of javascript into every attack's note tags" and that can make it work, I'd be all for it. Basically: If it's stupid and it works, it's not stupid.

Special request: I'd like to be able to use this in commercial games (with credit to the maker, obviously.)

I'm not sure if forum rules allow me to say this or not, but I'd absolutely be willing to pay some money if anyone wanted to make this as a paid plugin. I know I'm asking a lot. I don't have a lot of money to my name, but I could absolutely throw some dollars at a paid plugin that could accomplish everything I'm going for. I also wouldn't ask that this plugin be for just me. If made, I'd be totally okay with it being shared in any way desired after.