External Text v3.3.4 (Write your game in an organized manner! Translate with ease!) 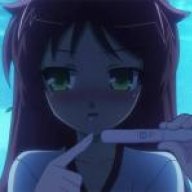 i'm little dizzy after read this... 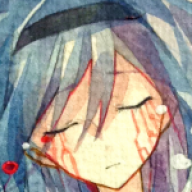 What part don't you understand? I thought I explained everything thoroughly, and I included a properly formatted example. If you can explain your problems, I'll try to clarify.

whoa... you add multi language nice one . last night after posting my post i try to fiddle your script again and made my own multi language add on. i'm using hash instead of array. then set the default language in the module. and have msg box warning to the developer if that language files not exist. for the scene.... i use normal show message and show choices . then do the script call to change language.

here's my version if you're interested. (but it's messy)


Code:
i guess i will grab your scene and combine both . thx for the update. especially the choice fix. this is really great script.
Last edited by a moderator: Dec 13, 2012

Interesting way of doing things. With mine, the default language is automatically set to the first one in the array, and I chose to allow it to crash if the file does not exist, as it will tell the developer that fact in the popup. I certainly see a benefit in using events to change the language, but I believe doing it as a scene (especially an RGSS3 one, as they can be modified more easily than RGSS2 ones due to most methods being contained in their windows) gives it a bit more flexibility for those who might want to work it into, say, an options menu. Another slight advantage my script has is that it will remember the last language the player changed it to, allowing you to use custom title text (among other things). Note that every time you save the game in the editor it will reset to the default language - this is because I store the selected language in $data_system, which gets overwritten by the editor's saving. Players will not face the same issue, obviously.

nice advice enelvon. i learn a lot from your sentence . i guess it's better to store it at data system. i didn't think when people change the language and save then resetting the games. since $game_text is not saved. i still need a lot to learn about rgss3 .

and i also agree with using scene is better. since you could add it to menu. it's not i prefer using show choice... it's just i'm still not good at creating scene .

it''s solved by adding this

since neon black modify the scene_base.

and by not calling super the window used by that script is nil. thus throw error.

got it work by adding editable variable to check when to exit scene. and change that when call ok handler in window class


Code:
i think i learn something new in the way you create window command. i never know it could used that way .

only little lines and do the tricks
Last edited by a moderator: Dec 13, 2012

Ah, oops. I have a custom input module, and forgot to update it to not rely on that (hence the Enelvon.inputno). I also *should* have called super in the scene - that was a careless mistake. I'm sorry - I've been exhausted lately, since I've had a huge workload. I have a brief vacation through this weekend, so hopefully I'll be able to catch up on my sleep. Anyway, MultiLang is now v1.1, which fixes a few small mistakes (including those two).

Ah, and I'm glad you learned something from my script! I'm always happy when my scripts teach someone something.

MultiLang has been updated to v1.2! 1.2 removes the placeholder method of remembering the last selected language (that did *not* work in encrypted archives) and replaces it with a line in Game.ini, which does. That and it looks nicer.

edit: checked and the language change not saved in save files.

and my ini files didn't have language section too.

previous version save the language when saving and loading the files. it stay indonesian.
Last edited by a moderator: Dec 16, 2012

Thank you, fixed that.

As far as it not adding language to the .ini... that's... because I forgot handling to add it initially, apparently. A quick fix is to add a Language= line to the .ini file, but I'm going to upload a fix in one second, so there's that too.

Edit: Fix uploaded. Sorry for the inconvenience!
Last edited by a moderator: Dec 17, 2012

great. i will try it later at home. i will report if i found something again . thx for this great script. 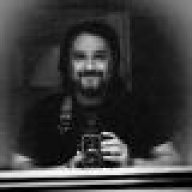 Is it possible to use some comments in the text file, like:

or anything else? So far I only found spaces possible beside the key tags and text.
Last edited by a moderator: Dec 28, 2012

I feel like a comlete noob... probably because I am...

Could you please be so kind and post an example for an event that includes choices? I am not sure if I need an additional script, if it is not included yet or still possible.

And sorry for my terrible English, probably one of the reasons why I can't follow everything here.

for choices you can set the choice using event editor.

then in choice box you can use \t[yourkey]

then call some script call BEFORE adding BLANK / ANY choice command from editor:


Code:
this will result to:

Hello, I think this is a really awesome script. Aside from crediting, what are the other terms of use? Thanks. 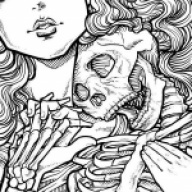 Dhobby said:
Hello, I think this is a really awesome script. Aside from crediting, what are the other terms of use? Thanks.
Click to expand...

The terms of use (the license, really) is clearly explained under the Author's Notes, just like every other SES script. Essentially, you're free to do whatever you want with any SES script as long as credit and the license terms are maintained (which means anyone else can also modify your modifications under the same terms). Both commercial and non-commercial use is allowed as well. 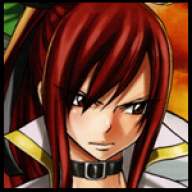 Is there any script which let me also translate the database? Unfortunately I can't find one.

Solistra said:
The terms of use (the license, really) is clearly explained under the Author's Notes, just like every other SES script. Essentially, you're free to do whatever you want with any SES script as long as credit and the license terms are maintained (which means anyone else can also modify your modifications under the same terms). Both commercial and non-commercial use is allowed as well.
Click to expand...

WOW. My bad. I can't believe I missed it. I opened the script and tried to ctrl F "terms" lol. Thanks for pointing it out solistra!

@Dhobby: you could use normal show message instead of calling text(key).

then in that normal show message use

but it will only grab the text (not grabbing the face etc). so you need to set the face with your message system's escape code inside the show message too.

will shown in two line instead of one line using text(key) command.

Thanks estriole. It works but the no word wrapping thing is

Is this the only way of doing choices? I just realized that if I ever changed the font I would have to reformat all my choice text boxes and that would be more inconvenient as the game gets larger and larger.
Last edited by a moderator: Jan 3, 2013
You must log in or register to reply here.
Share:
Facebook Twitter Reddit Pinterest Tumblr WhatsApp Email Share Link