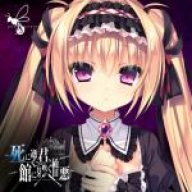 I have been taking a look at the Script Call Collection topic and have noticed something about the sound script calls: BGM, BGS, and ME have fade-out script calls but SE does not.

While SEs are usually only a second or two long, there should be cases where they last longer than that and may require a fade-out instead of an instant stop. For example, a flesh-tearing sound effect could last more than one or two second, but the player moves past that scene before the SFX finishes. Suddenly stopping the effect can be a bit... uncomfortable.

So, yeah. I was wondering if someone can make a script for SE fade-out (and fade-in too, if it's possible) since it could be of use in cases.

Since I don't think there's much to add: Bump.

But what if the sound effect is meant to play with the BGM? ME will pause the BGM until the ME is finished and that will make a scene where it's involved end up weird. BGS will keep on looping even if you are finished with it's use even if it was intended for only one play. Basically, ME and BGS won't do since it either replaces the BGM until it's done or keep on looping even if you want it to finish already. Also in BGS, what if the case is you already have a BGS playing and you need to play a SE? I think SE needs to be it's own, just that it also needs the fading effect like the others, no matter the usual lengths of SEs exist. There are instances where SEs are longer than usual and needs to be stopped at a point. A sudden stop just doesn't go too well.
Last edited by a moderator: Aug 7, 2015

seems like it has lots of features including fade