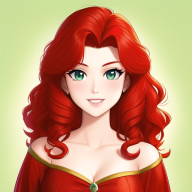 I actually hesitated before posting this thread.
Ok, so I began my game using VX Ace (yeah, I know) and the author of the ABS, Falcao Pearl, hasn't been active in the community for years now. So I'm trying to code a couple scenes that are proving to be challenging. One is a final boss battle scene where the main character gets to kill the dragon and save her brothers. It's a relatively simple premise for a relatively simple game - that somehow took about five years to get to this point, lol, long story.
The other is another boss battle. I want to do a switch where, say, a crystal, is revealed after an enemy is defeated. For the final scene, I want to do a switch where the game ends after the final boss is defeated and the kidnap victim is returned. I've been stumped on this end. I have no idea what I'm doing wrong.
To make a long story short, I'm trying to make two boss battles. 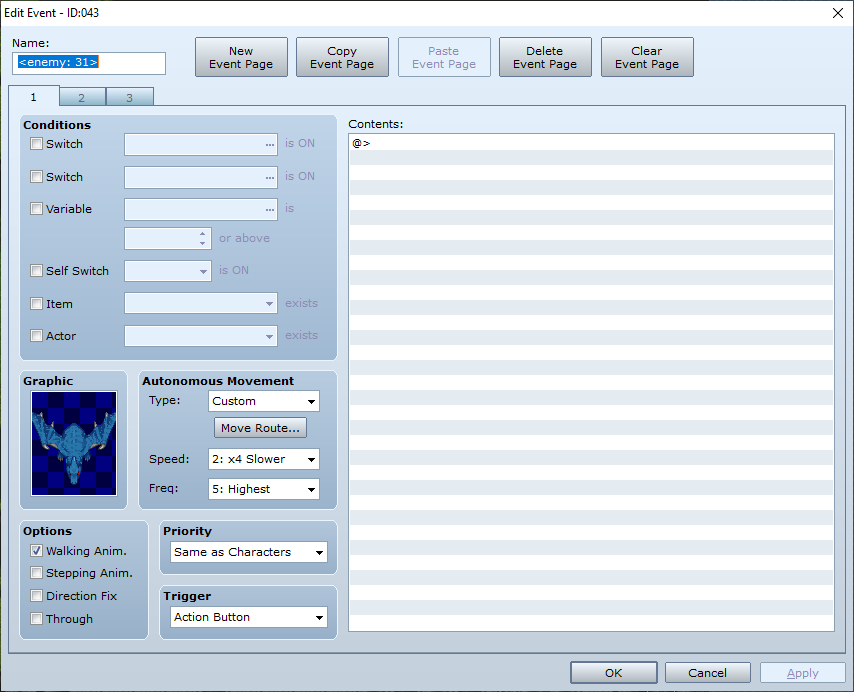 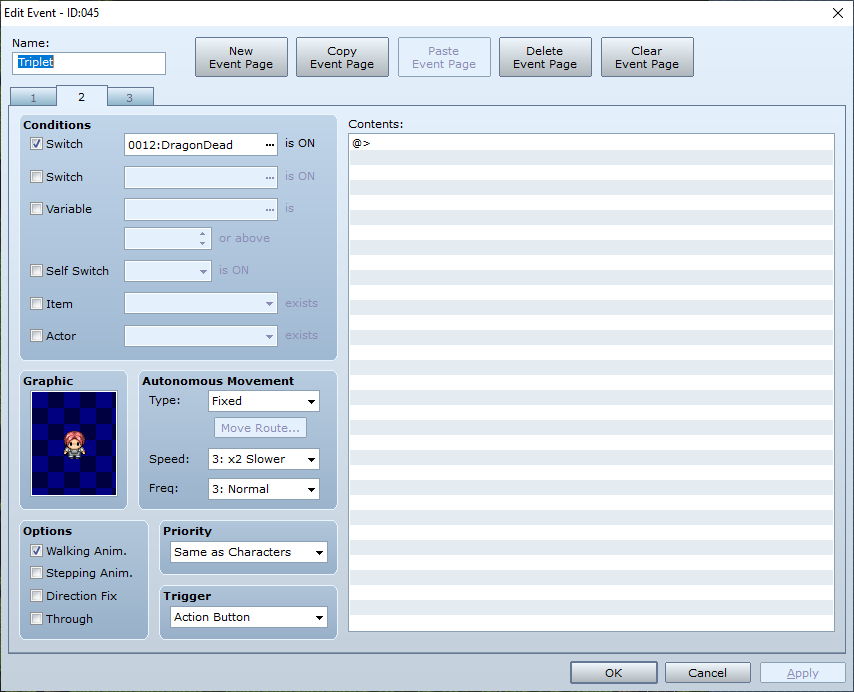 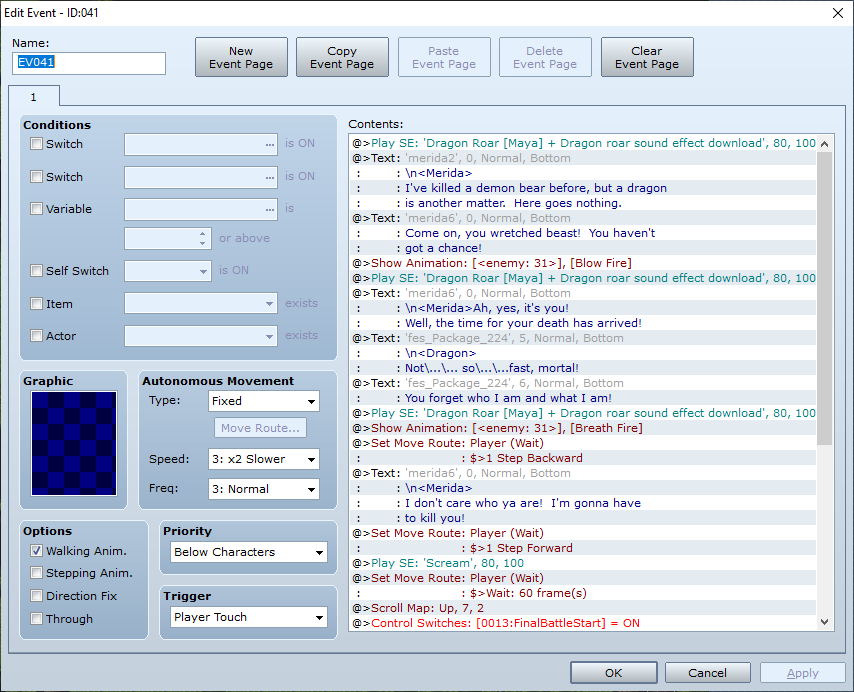 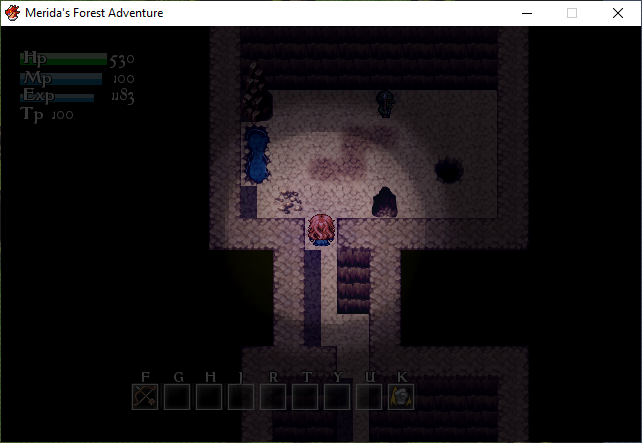 This last photo is of one of the boss battles. The main character is supposed to retrieve a crystal and bring it to the witch. I want the crystal to trigger when the main character defeats the boss.
Last edited: Oct 16, 2021
You must log in or register to reply here.
Share:
Facebook Twitter Reddit Pinterest Tumblr WhatsApp Email Share Link