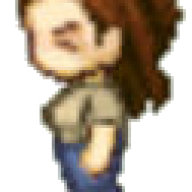 Yesterday, I stumbled across Falcao's excellent customizable Pet Servant script. Though the demo download was no longer available, I grabbed the script provided and implemented (uncustomized) it in my game successfully. I dug into the script and found the slots where I was supposed to be able to create my own pets. Originally, the part of the script I edited looks like this:

So I filled in the first pet id with my own pet info:

When I playtested, everything worked great (the name I inputted, "Springmist," displayed everywhere it was supposed to, etc) until I went to view my pet in the "Adopted pets" menu tab. As soon as I hit the action button, the display went from this:

To displaying this error message:

I don't know what I'm doing wrong, but I isolated it to the name and sound input part of the pet factory, I think. I assumed, as there is certainly no default ANYTHING in Gamemaker with the name "spiderpussy" or "fartcow, " and as I didn't have to import any required resources in order to run this script, that I could edit that name at will, and that it wasn't tied to a resource like the index number/sound effect names/what have you. I also wondered if it could be that my name had too many characters, but I compared it to some of the others and it was fine.  I tried running the script again with the default sound effects, but the new name and got the same error. Same thing with the new sounds and default name.


Literally the only thing the script needs to do for me at this point is play the sound and display the name I chose for my pet without crashing. If I leave the default name/sounds, but add my own sprites, everything works ok, but I really don't want a bunch of blue dragons named Isodoro or Spiderpussy running around my game, barking.