Hi, Hudell.
I want to share you again my experience about another minutes of playing your game  . Sorry if most of them is using Harvest Moon as my reference:

That's all for now. I may tell you some other more if I have time to try your demo again. Although it may that most of above experience is already in your work in progress.

Good luck for your project.

Edit: The information here is about an older version of the game and isn't true anymore.

Hmmm, Is the map really that big? Or is it just that every house is too similar? I plan to change that, as well as displaying an indication of what each building is.


NPC's are no longer random, I just haven't updated the demo with the new ones. Their speed was also changed.


The balloon was also removed, changed by the character busts.


The next demo will include a lot of changes, but it's going to take a while because I'm redoing everything on MV. Hopefully I can finish it before the end of november.
Last edited: Feb 4, 2017

Would it be possible to add mouse support and/or hotkeys for each of the tools?

Edit: The information here is about an older version of the game and isn't true anymore.


jwideman said:
Would it be possible to add mouse support and/or hotkeys for each of the tools?
Click to expand...

You can assign hotkeys by opening the backpack, selecting a tool and pressing one of the number keys.

Mouse support will come on the next version
Last edited: Feb 4, 2017

Hudell said:
You can assign hotkeys by opening the backpack, selecting a tool and pressing one of the number keys.

Mouse support will come on the next version
Click to expand...

Yay! My wife will be quite pleased. I'm pushing her to playing this instead of Farmville.

You SIR! are a legend! i posted about wondering if a HM game could be made with MV and then i get sent a link to this, im thinking No way!! then i realize its on VX and i was thinking dammit, i was really hoping someone was making it for MV, but after seeing the work you have put into it, and then reading you are working on converting it to MV, i can feel butterflies in my stomach haha im following this 100%

I guess it's time to finally post here again!
It's been over a year. In this time, the project was completely converted to MV, with a new art style, new music and a much more experienced Hudell.
I've updated the first post in the thread with the new stuff, go check it out

Good to have you back and updated. Do we get a release date?

KanaX said:
Good to have you back and updated. Do we get a release date?
Click to expand...

If I meet my february goals, I should have a playable version by march. The full game release is planned for september.

I don't know if you have updated these things since the trailer you put out, but a few things I noticed definitely seem like they'd be common complaints.
Besides those and some not really important nit-picking it is always nice to see another farm sim come out. Keep up the good work.

Hey parallax, thanks for the feedback!

There will be a minimap when the game launches, but as I keep changing the maps often, I didn't make it yet. I totally understand what you mean with it looking barren. That's because I usually keep working on the maps over time instead of finishing them one by one. That way I can keep adding new stuff to the existing areas. The overall size and layout of the maps is set, but the content of it keeps improving.
As an example, the town entrance already changed since the video was released. It now looks like this:

The cave is large on purpose, the player will need to find their way through it once, but there will be fast travel so they don't need to do it all the time.
Several people commented on the light issue and I fixed it already. The game used to be darker because I had light sources everywhere, but I decided to go back to having simple lights and didn't increase the brightness enough.

If you sow seeds in a 3x3 square area, you won't be able to water the middle one with the initial watering can, but there are other ways to water it and you can also sow your seeds in a 2x5 area instead. I've recently been thinking about having only the 2x5 area.

I just updated that mountain map, check it out:

@Hudell I love Orange Season idea from the very beggining, but (no ofense please) I think that those maps are just too large for a Harvest Moon-type game. They seems endless in that "new look" trailer.

fizzly said:
@Hudell I love Orange Season idea from the very beggining, but (no ofense please) I think that those maps are just too large for a Harvest Moon-type game. They seems endless in that "new look" trailer.
Click to expand...

Yes, most Harvest Moon games have very small areas. I wanted to do something different with many areas to explore, but at the same time I know that people won't go through the whole maps more than a few times, so I made it so that once you go through a map once, you unlock a shortcut or a fast travel option to cross it faster the next time. The only reason for going through the whole map again is if you want to forage.

Also: The character runs quite fast.

Glad you've made so much progress, Huddell. I like the new art style- has a nice earthy tone to it.

Tigersong said:
Glad you've made so much progress, Huddell. I like the new art style- has a nice earthy tone to it.
Click to expand...

Thanks!
I just updated the main thread with a new video. This one is of the title screen:

I'm thinking of making my project about an orange grove to avoid competing with you. Actually it's because I live in Florida and want to research the citrus industry.

Tigersong said:
I'm thinking of making my project about an orange grove to avoid competing with you. Actually it's because I live in Florida and want to research the citrus industry.
Click to expand...

haha! Are there many oranges in Florida? 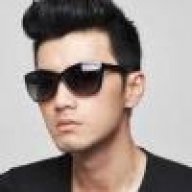 I'm still working in the fishing system, but the basics are working. 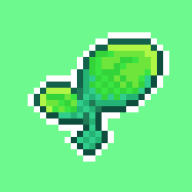