Fantasy on Mother's Day was originally a project I have started to take a break from working on The Gifted Child. It was meant to be a very short game, not more than 5 mins or something and to be finished within a week or two at the very most. However, as I saw that my ideas are expanding and that the project had potential, I decided to expand my ideas and word hard on it. And now, after lots of headaches, and commitment, I have finally finished. The game is not that long, but it has a good amount of gameplay.
Story:
You are a 14 year old girl who lives in a small, peaceful village called Lilycup. As Mother's Day was approaching, you had no idea that it was so close although you wanted to give a special present to your mother. And when you remember, things go so different from you had expected. Little did you know, that fantasy and magic had to do with you more than you know...

You:
The main character who you get to choose her name. You are 14 years old with a happy, pretty personality. You are loved by everyone in Lilycup, but like everyone you have your faults. You were always fond of magical fairytales and myths.

Aeris:
One of your best and closest friends. Aeris is a cheerful girl with a playful personality. She can be naughty sometimes but it's all in her favor. Despite being so carefree, she likes to do most of the work and adores going out.

Farah:
Aeris's sister and your second best friend. Farah is 16 years old, older than you and Aeris. She has a more mature personality and is usually quiet and shy. She likes being to close to her mother, thus always remembering about Mother's Day and her birthday.


- Super Simple Journal to keep aware of your quests.
- Cosmetic fogs and lighting.
- Changeable title screen- each time you open the game, the title will be different.

I will approve this but you have 48 hours to read the Tagging Guide and modify your topic. Please follow the keywords exactly, especially the first BOLDED part about the first tag as prefix. Thank you.

Ahh I fixed it accordingly. Sorry about missing that out. ^^

Lovely so far, but I've run into a bug.

When I enter the upper floor of Dora's house in Sailana, the characters disappear. :/ I can't go back either.

Edit: Well, I just ignored that house until later and was able to finish the game. Pretty short indeed, but I liked it. Would have liked it even more if Aeris and Farah were more developped characters.
Last edited by a moderator: Nov 6, 2012 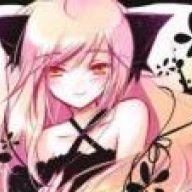 I loved the story, it really appealed to me.  BD  (I been playing a hell-lot of these RPG Games)

Anyway, looks great!  I'll probably check it out sometime soon and give my real feedback. lol

That's because the link is no longer valid, whether the developer or the hosting site deleted it, and the developer either hasn't gotten around to fixing this or doesn't care to fix it.

This developer hasn't been around here for nearly 1 and 1/2 years, so I'm assuming they've moved on and won't be around to updating this link, unfortunately.

Because of the lack of replies in the beginning, I suppose. ^^ But I am here now.

The link will be updated soon for whoever likes to play this game.

MarxMayhem
One of these days, I need to find/figure out how to replicate the Brave/Default system. Heheh...
Today at 12:45 PM •••