An idea i've been tinkering with but was unsure about being able to do (on a technical and...uhh artsy level). But it seems to be going well so far. Heavily inspired by games like Dynasty Tactics (battle system) and Total War: Warhammer 2 (faction uniqueness).

The idea is to be a conquest game with a tactical battle system. You play as any of xx factions including Humans, dark elves, Naga, Beastfolk, Orcs, Draconids, Dwarves and possibly more. The reason I can have so many races will be clear here on the battle map. 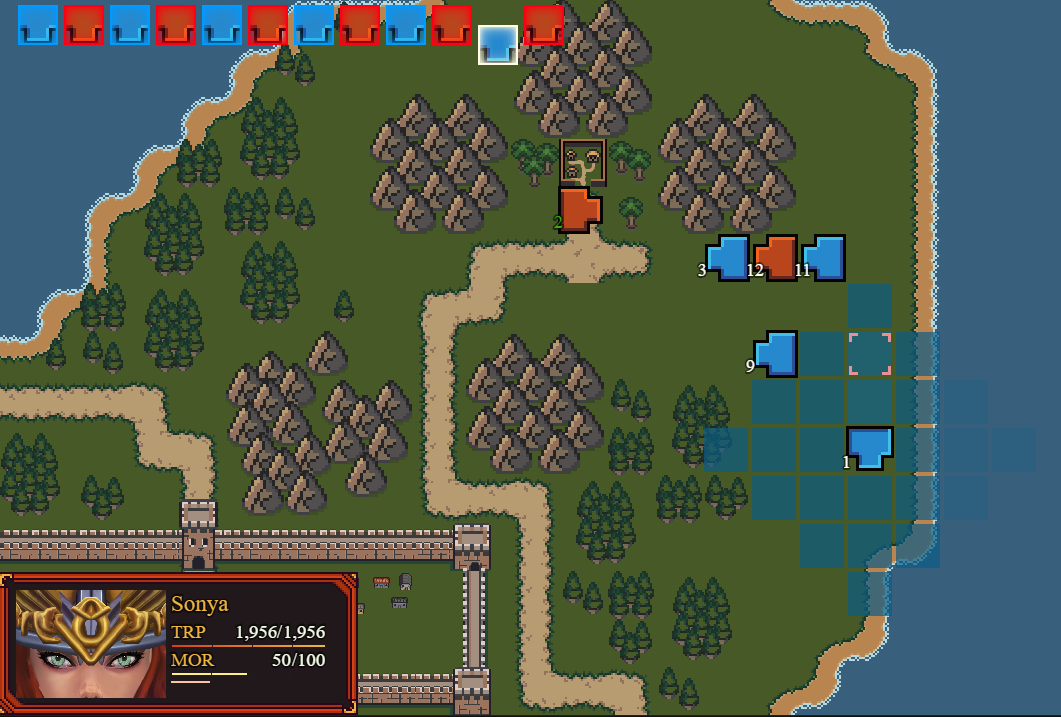 Army units are represented by a colored brick (Dynasty Warriors anyone?)....So it doesn't matter what race i have, as long as i can make a face to match ofc.

Morale: Every unit starts with 50/100 and have a unique skill that are only applied once you have met a specific condition. In most cases its getting morale above 80.
- Being critically hit (called Ambush in my game) makes you lose morale but critically hitting others makes you gain morale.
- I also plan to implement units losing morale when their allies are defeated and gaining morale if an enemy dies.

Directional Damage: A build-in feature of Lecode's Tactical Battle system which works well here, you deal 15% more damage if you flank the enemy and 30% more if attacking from behind.
- Tactics: The skills or spells you can use, you can equip them or passives before battles, most have 3 charges each to use (depending on power) and i intend to implement a way to gain more charges in battle.

Been working on menus too but nothing too fancy 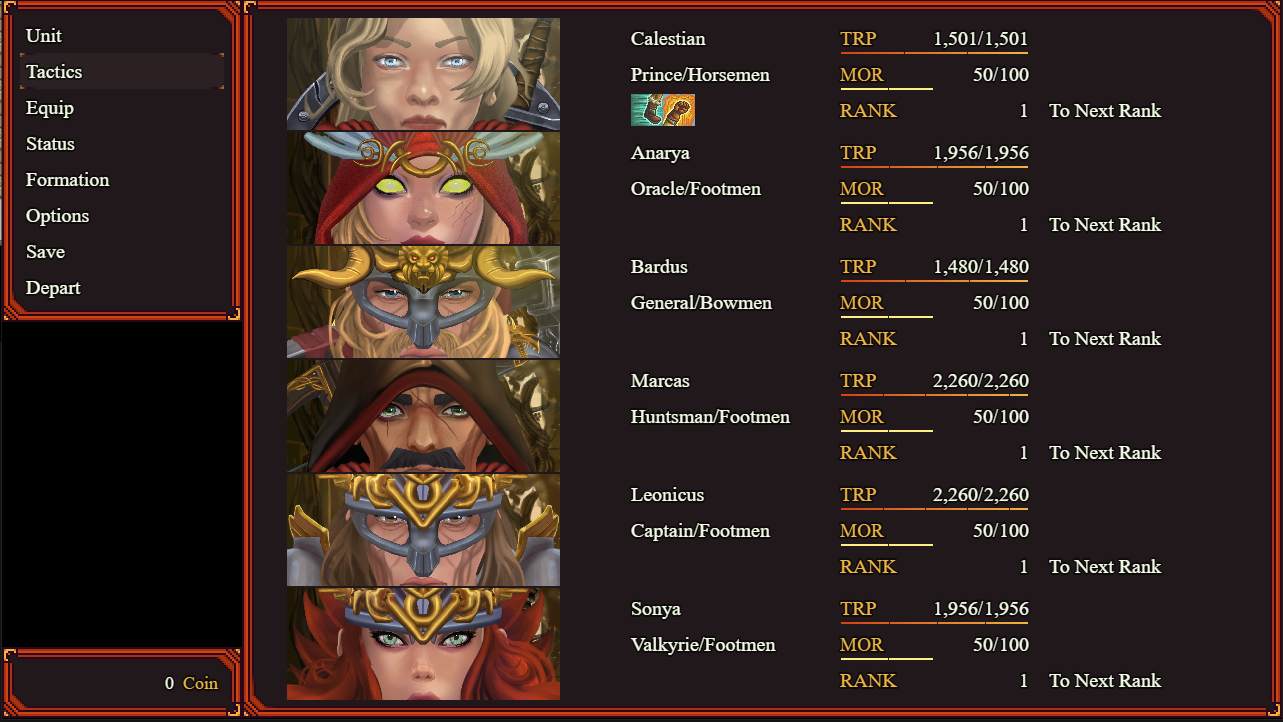 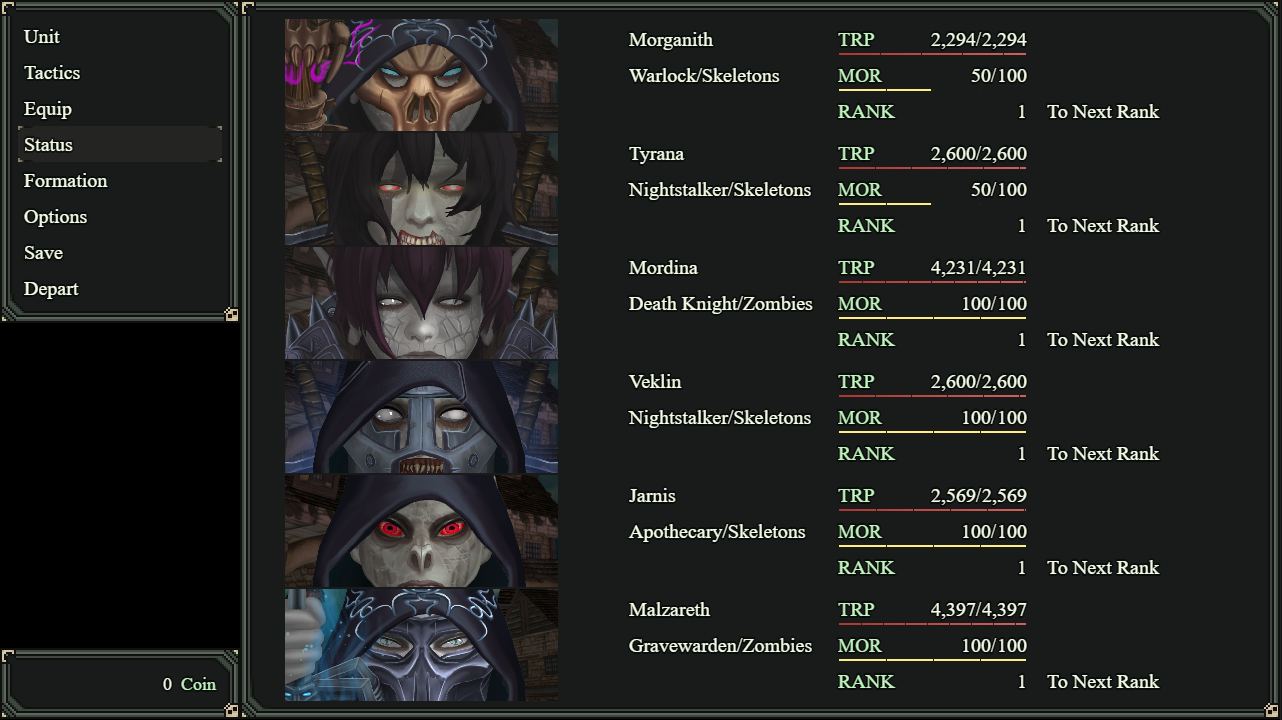 Every character has unique features and class. Sub-Class is Unit Type which you can level up (10 max lvl) to unlock better versions.

Most items will have unique effects, there are NO items in the traditional sense. You can equip Potions as accessories and you will gain a skill to do whatever the potion does with various charges depending on power. Healing potions usually only have 1 charge per battle. 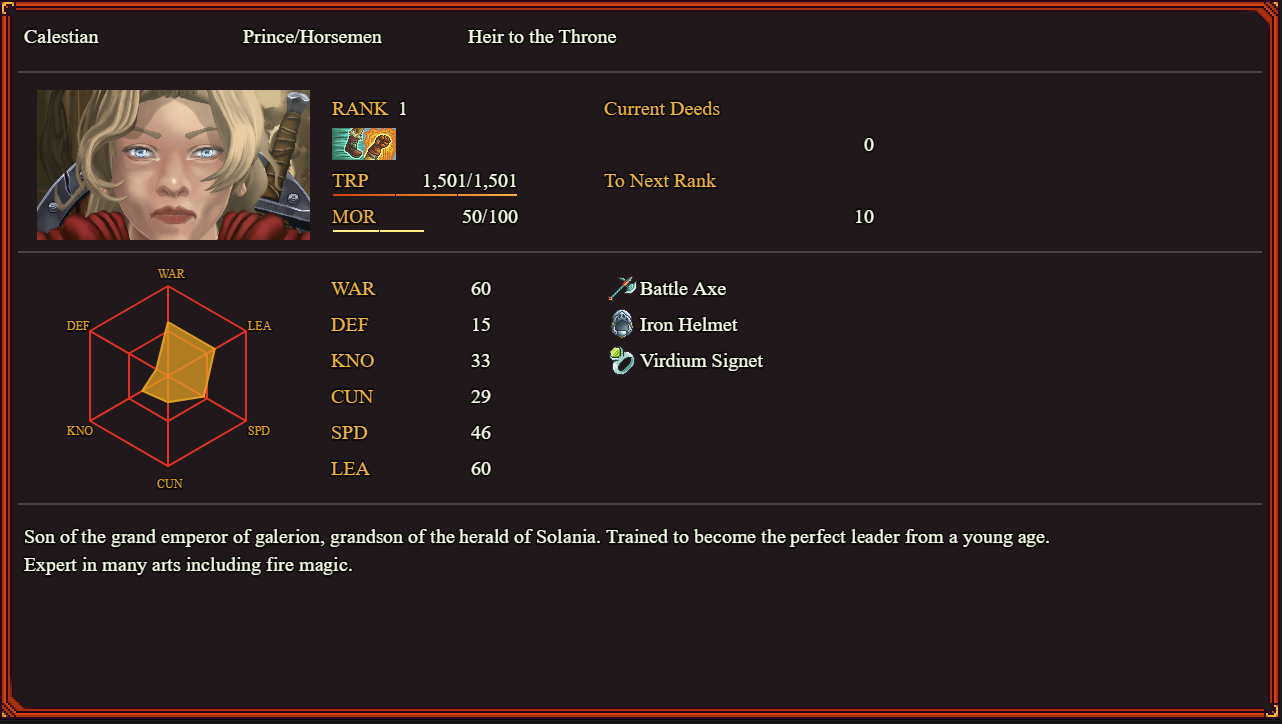 The text is just flavor to test how it looks.

I plan to have some sort of world map with all the various races already having territories.
You choose 1 of them and try to conquer the whole map.

The difficult part might be to have them fight back or attack you, if i cant find something like that then i might just have each faction follow a narrative storyline with choices and those choices leading to you being attacked or not.

Will prolly have a building upgrade system too, with limited funds so you have to choose what to prioritize but those funds might be separate from your personal gold. like a budget. If i go with a narrative storyline then decisions you make will effect the budget in various ways.

Prolly forgot a ton of things but yeah....

And here are some of the things i forgot...


Battlefields wont be like the picture, they will be maps of areas, not overworld. With walls and towers and even natural enemies that might live in the area.

The objective of most battles are to destroy the enemy camp while keeping yours safe. how you do that is up to you.

Upkeep: Officers cost coin to keep, and that increases when they level up in ranks. So you can have a ton of officers but then you wont be able to upgrade that fancy blacksmith

Draft: There are few ways of healing, healing spells are more like healing the wounded, so its based on how many troops you have already lost.

Outside of battle you can draft troops for budget coins, how many is based on your LEA attribute. 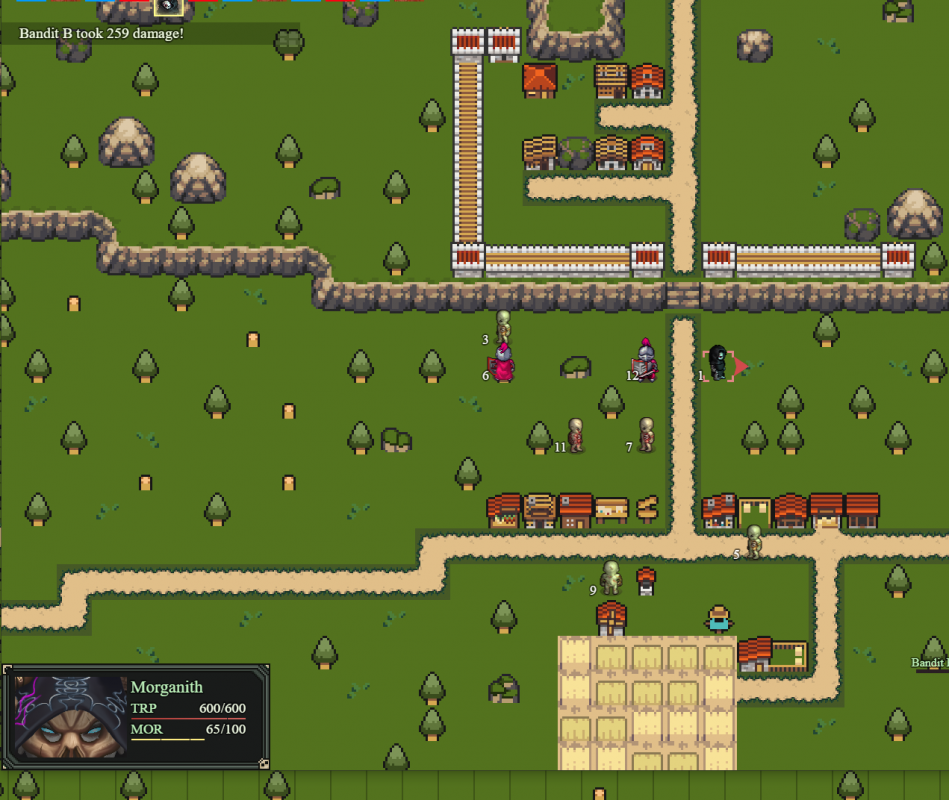 TheGentlemanLoser
seems absolutely WILD to me now all the hundreds of hours of work I used to do in 2k(3) over a decade ago with a resolution of 320x240. that seems so insanely TINY now, seemed so normal at the time!
6 minutes ago •••