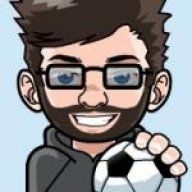 Hi,
I love the art style of the pop! series and would love to use something like it in a side project. Unfortunately the original series is not suitable for that as it is a modern theme.
The closest I found was the Time Fantasy series and that is not exactly hitting the mark.
Does one or multiple tile sets (best would be also with character sprites ofc) somewhere?
I am completely willing to pay for it. 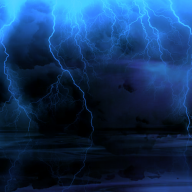 If you could specify what type of assets you'd need rather than just saying "fantasy", that'd be good.
Are you looking for outdoor tiles? Indoor tiles? furniture, clothing, props...?
edit: misunderstood original post.
Last edited: May 30, 2019

@Accendor @tv.ghost Please keep in mind that Resource Requests is for free requests, not for commissions.

hiddenone said:
@Accendor @tv.ghost Please keep in mind that Resource Requests is for free requests, not for commissions.
Click to expand...

Thats the thing - I don't want to commission it, if there already is something like that available, either for free or as product that has to be paid for (read: It already exists and doesn't have to be commisioned)


tv.ghost said:
If you don't mind paying for it, I do commissions for MV tiles - DM me.
Either way, if you could specify what type of assets you'd need rather than just saying "fantasy", that'd be good.
Are you looking for outdoor tiles? Indoor tiles? furniture, clothing, props...?
Click to expand...

Indoor, Outdoor, Dungeon, Furniture, all of it.

@Accendor That's fine, I just wanted to remind people of the rules since your 'willing to pay for it' comment may be misunderstood. I can't recall any fantasy sets that are super similar to Pop!'s style, but it sure would be cool if someone else knows of one.

I just wrote a big long post talking about how what you want doesn't really exist but there are ways around it, but then I realized it does exist. Check out the First Seed Materials for RM2k3. Just be careful about the source, I've found some things that were supposed to be FSM but were actually XP edits or rips.

Just in case there's something still useful to be found in my original post, I'm going to keep it here, just in a spoiler.


That's a tricky one. POP has a more serious style than is common for 16x16 tiles, it's more normal to see something less realistic, more stylized with fewer colors and a more vibrant palette when working at that size. You're more likely to find more serious art styles done in a 32x32 tile size. Since you're working in MV, that makes it even less likely to find something.

Long story short, what you're looking for doesn't exist as far as I know. However, that doesn't mean you're out of options. Sets with the same scale and in a pixel art style like Time Fantasy can be made to look more like POP with some relatively simple editing, and there are a few things like that to choose from. It won't be perfect, of course, especially with anything having more cartoony objects, but even a palette change will help most tiles look the part. If your game will be free, I suggest checking out ORTP Reanimated. The site's in German so you'll want to get a translation to be certain of the terms of use, but I think the basics are "use in free games, share any edits under the same license, link back to the site". You should also check out Open Game Art, there's a lot of good stuff there.

You also might be able to use some tiles from other sets of a different scale if you are careful about which things you use. If you keep it to items that have a more flexible scale, you might be able to find a few more things to work with. Vexed and I have some similarities in art style, so it might be worth it to check out Pixel Myth: Germania. @ me if you decide to look for things in the larger tile packs, I can give you a longer list of suggestions.

It's rarer, but there are also a few tiles that were originally 24x24 that might be usable. If you're okay with a different scale you can use them as is, but if you're wanting to do something that might blend with POP, these would be closer in scale with than the 32x32 resources. I'm talking about the DS tiles, mostly. FES is 24x24, and before they were modified and expanded on, the base DS and DS+ packs were also 24x24. It's a really unusual size though, I only know of one or two other packs with that scale and neither of them are fantasy.

For sprites you actually have loads of options, 16x24 is a really common sprite size. In fact, you can just buy 2k or 2k3 (if you don't own them) and use those sprites. As a bonus they come with other art you can use in a pixel based game like animated battle effects.
You could also keep the scale small and still use the POP tiles. Slasher Forest in particular has a lot of tiles that don't have a specific time period.
You must log in or register to reply here.
Share:
Facebook Twitter Reddit Pinterest Tumblr WhatsApp Email Share Link