I would call out two main ones.

The first is Final Fantasy VII. Here in the UK, we didn't get many JRPGs; most of the classic ones never made their way over here. FFVII was a big departure as Sony threw their weight behind it; there were ads for it on TV, in the cinemas, and it was presented as this new thing (because JRPGs kinda were new here!). I actually got the PC version a bit after it came out, and played it end-to-end in quite a short time. I loved it, but moreover, it was followed by many other JRPGs because of its success; it had finally cracked the UK market.

However, another for me was Vagrant Story. I've actually never finished it; I've got about halfway through but that's it, on three separate occasions... Maybe that's why I hold it in such high regard, it's like the proverbial "one that got away". It had such effective storytelling, both visual and verbal/textual.

So many snes games I loved, so it's hard to pick just one. But my top 10 favorites rpg/adventure games (that I have played many many times over the years) is:
1. Zelda
2. Crono Trigger
3. Lufia 2 (the 100 level cave is still fun)
4. Breath of Fire
5. Super Metroid
6. Earthbound
7. Secret of Mana
8. Final Fantasy
9. Illusion of Gaia
10. Terranigma

Not in that order, but that is the 10 RPG's I always seem to go back and play.

And while I am at it, I usually play some Mario, Yoshi and donkey kong to

I’d have to say that the top games to stick with me and I’ve played many times over are:
Summoner by Volition (Deep silver Volition)
FF6
FF9
Star Ocean 2nd Story
Crono Trigger
FFT
Last edited: Oct 22, 2019 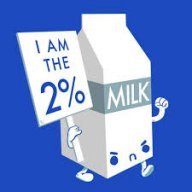 I highly doubt any of you ever heard of this game, but mine is Dragon Force on the Sega Saturn. I honestly have never met another person, even on the internet, who has played it.

JFB1222 said:
I highly doubt any of you ever heard of this game, but mine is Dragon Force on the Sega Saturn. I honestly have never met another person, even on the internet, who has played it.
Click to expand...

I haven't but I know what it is... Does that count?

Aloe Guvner said:
Both of mine are from the GBA surprisingly.

Golden Sun - An absolute masterpiece of story telling, player engagement, puzzle solving, character customization, and battle difficulty. I still think it's an example of how to make turn-based RPGs (like RPG Maker default) actually fun and enjoyable, while having unique elements that set it apart from other RPGs.
Final Fantasy Tactics Advance - I'm very much a fan of tactical games, and this one took the best part of the original Final Fantasy Tactics, stripped out the boring story, and added an interesting story as well as some incredibly fun mechanics. Building a party of unique characters with different skillsets was a joy.
Click to expand...

I am a big fan of Golden Sun series too especially for its puzzle solvings and environment interactibility. Although I've beaten Tactics PsOne quadruple times, I couldn't get into FFT Advance, it was to me a disgrace to what FF Tactics PsOne has managed to scale grandiously in calibre.

EthanFox said:
I haven't but I know what it is... Does that count?
Click to expand... 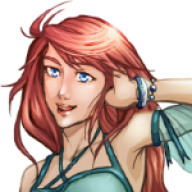 My first RPG was Final Fantasy VI / III (US, SNES).

I didn't actually own it but I kept renting it from Blockbuster. There was one save that someone had which was right at the end where everything was maxed out. Other people were renting it obviously, because it'd be gone when I wanted to rent it again. But everyone was a real VIP by keeping that one really good save.

I did eventually buy it much much, much later when it was released on PS1.

I did the same thing with FFIV too. I discovered that one when FFVI was being rented.

My childhood days of games involved a lot of renting because games were like $70-$80, and a few bucks for a weekend or a little more for a longer rental was much more affordable. We only had a handful of games on the few consoles we owned when I was growing up.