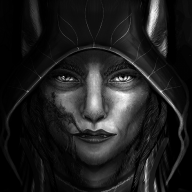 Slight update to the main thread, I got tired of formatting so I'll post the rest of the update tomorrowish.
Here's some critter text I dug up to make this update more than a single line.

The preca is a six pronged flesh creature with four small beady eyes set into an elongated beak like head, the mouth in leu of teeth has several layers of sharp fine hook like fuzz that they use to snag prey animals like Moushc and Uaeu which are then swallowed whole over a period of several hours. Their small bulbous torso and arrowhead abdomen look leathery and pale, with splotches of unhealthy bruising. Under a blacklight these blotches are brilliant colours, used to attract mates, defend their territory and startle prey. Though uncanny in appearance Preca are very curious and playful, a lively creature with pack instincts and a fairly advanced communication system that makes use of deep chirps and warbles. Though the males are sometimes aggressive and solitary, the females live in large colonies where they communally raise young. They secret milk through their skin.

Preca mate for life, and a widowed preca distresses itself into starvation. Preca have large heart muscles which helps them with short bursts of adrenaline so they can sprint down their prey, but being such a curious species they'll often used their hunting sprint to reach something interesting, often surprised travelers who feel threatened. Preca were considered endangered after the Tiphous began settling the NE, hunting the preca enmass to protect their settlements (when really the preca were just curious and excited), the preca's screeches being similar in sound to a great predator in Barshraden.

My laptop died, cooling fan caused problems and there's not much I can do. Tried pulling it apart for cleaning and it didn't do much so I took the hard drive out and I'll keep it with me till I can get my hands on another pc.

No idea when I'll be able to do anything dev related except maybe sketches.

Aww sheep aww sheep aww sheep! Just read it now seems that I wasn't alerted of the status here! Well, sketches are scannable and photoshoppable... still sorry for your lost. What is it... second laptop? Hope you can keep your hard drive and re-access everything up and had back-ups.

Marquise* said:
Aww sheep aww sheep aww sheep! Just read it now seems that I wasn't alerted of the status here! Well, sketches are scannable and photoshoppable... still sorry for your lost. What is it... second laptop? Hope you can keep your hard drive and re-access everything up and had back-ups.
Click to expand...

This time at least I didn't lose any work and I've got my hands on a new pc. It's better than my old one but it'll take a bit of time to get all my old programs together. Find all their serial codes etc.

I might not be posting here for a few more weeks though. I'm doing a pretty substantial overhaul of the world a game plan.

*cybermental hugs* Hope you get a small HD to hide close to your heart or something upon wich making extra back-ups!

My dev partner and I will be launching a Kickstarter for our first game sometime next month or the month after. It's about a kid exploring his friends abandoned house, very simple but overflowing with all things that make Felth, well, Felth! You can read the sort of prelude to some of what the game will be about over here : https://www.worldanvil.com/w/felth-of-adeous-Lorsynth/a/butchery-article.

We're setting up a facebook page so we can keep everyone more easily updated, so feel free to check out the husk over here : https://www.facebook.com/Felthofadeous/

And in the meantime, have some silly doodles of Bean, the protag for this particular minigame, and a much smaller version of the world map.

Looking at your project expand it is always a delight for the eyes!

You crossed dimensions and got 3D? woah!

Alright guys, I'll keep this short and sweet. <3
Felth; Hail Lorsynth has been an ongoing project for me for the last four years and in the time it has changed a lot. Unfortunately so has my life. I'm at a point now where I just can't maintain this well enough to make anything of it, I don't have the time, I'm doing it mostly on my own with some much needed support from Possmonaut, and my financial situation is no where near as good as it was in the beginning years. I've probably invested a good $6,000/$7,000 over the years on aspects I just don't have time to do but the longer I pursue this the less time I have to actually do it, and the less money I have to have others do it for me.

So for now this will be my send off post until I can return to this project a few years wiser. I've really appreciated all the support everyone has given me and the skills I've managed to build through the whole journey. I definitely want to revisit this eventually but I can safely say it won't be for quite a while.

Much love to all you guys, and all my support for your own development projects! I've met a lot of talented people on the way who deserve all the best things in life. Thanks again guys! <3

I am very sad about this.

I think you could do it on the side with your day job.

I clicked like because I was to type that you might be the only one conveying so much beauty into some graphic elements that looks like insects.

This is a real shame. Really was a great project. I hope all goes well for you going forward!

Don't worry guys, it's definitely going to be picked up again eventually, we've just decided to put it in the too much work basket until we have a bigger team! We're actually focusing our efforts now on a new project...

Felth ; Abscission
A much smaller project more focused on art and storytelling. You'll be playing as a young Sirysian called Bean as he ransacks a friends abandoned home in search of a few precious items left behind. I'll be posting the game thread this week and our Kickstarter shortly after. A big step for us. Our maps will also depend solely on the funding milestones we reach. Our base goal mapping will follow with the standard MV like bellow. The second goal lets us move into a charming isometric style, and the final funding milestone will mean a full isometric rpg with camera rotation!

Seems Zelda perspective rather than ISO but it looks good 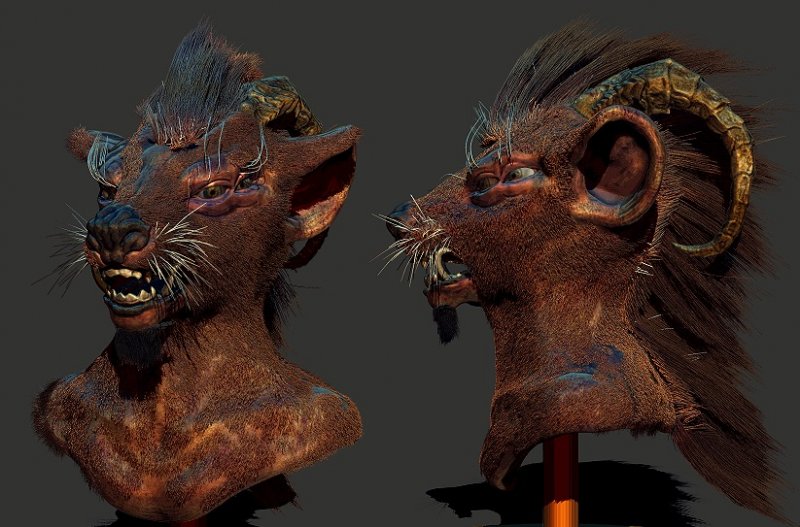