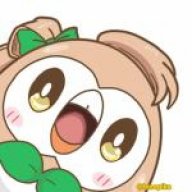 I am need of experienced Scripters, Beta Testers, Animators, and any other help I can get for my project right now. Specifically, anyone that is knowledgeable in creating a custom battle scene (graphically), testing/ balancing, or Yanfly & Victor scripts.
​
The project is a fan game called Final Fantasy A New Beginning.
​
If you are interested then please PM me or add me on Skype at linkncb99.
​


Here is the first release of my fan game Final Fantasy A New Beginning! This project takes heavy inspiration from classic Final Fantasy titles (I-VI); featuring the ATB system, rows, classes, and more! Each character is assigned a certain class and most learn skills at set levels similar to Final Fantasy IV and VI, this game does not feature a changeable job system such as that of Final Fantasy III or V. Emphasis is instead placed upon designing the game to resemble the original concept of Final Fantasy with a developed cast of characters and an engaging story. This project is still in it's alpha stage and as such still has much work to be done so expect updates soon! All comments, question, and suggestions are appreciated ^-^


-A cast of 14 characters, each a different class with unique skills/ abilities


-front and back rows, party of up to 5 characters


-Ability to change the scope and target for some skills


Noah awakes alone in a foreign world. He soon discovers that his friends are here as well and they have been chosen by the Crystals to vanquish the darkness that once again has threatened their land. The heroes then set out on their long journey to recover allies, conquer the rising evil, and ultimately return back home. The story is still very simplistic, but emphasis at the moment is being placed on creating a cast of interesting, relatable characters that develop throughout the story.


All characters have already been created, however this post will only show those that have been introduced in the story thus far.

Noah (Paladin) : A boy with a strong belief of restoring justice and order to the world. Will take whatever means necessary to help those in need, sometimes resulting in recklessness. He commands Holy Blade skills to both damage enemies and support allies using himself as a shield to cover others in critical health.

Emily (White Mage) : A benevolent girl with a big heart. She cares very deeply for her friends and helps them throughout the difficulties they face. Being quite timid, she is often frightened and weary of new situations and people. She utilizes White Magic to cure, revive, and protect the party from attacks.

David (Bard) : Though still a child, he willingly joins the adventure as to support his friends throughout their battles. He is a quirky and energetic child, but a kind one nonetheless. By playing his Bardsongs he is able to bolster allies' stats as well as reduce the stats of foes.

Issac (Black Mage) : A solitary person with little regard for anyone he doesn't know. He has developed a disgust for the human race because of what he has endured in his past, but has good intentions at heart. Commands Black Magic that is capable of vanquishing enemies using elemental and status inducing spells.

Ben (Dragoon) : A brave warrior that is loyal to his companions, but has yet to find a sense of purpose in the world. His bravery can always be relied upon no matter what endeavor he must confront. The Dragon Arts he wields are used to deliver powerful blows to enemies using jump and breath attacks.

Henry (Sage) : Somewhat narcissistic, Henry is at times too proud of his abilities. His intellect makes him an effective strategist and because of this he prefers to take charge of scenarios. He possesses the ability to Predict future events, these abilities can be potentially drastically destructive or beneficial, but the effectiveness varies.

Right now I'm looking to create a battle screen similar to that of Final Fantasy IV The After Years. I have tried using many combinations of plugins, but I can't seem to find what I'm looking for.Specifically, I'd like the following:1. In the left box: enemy names (and quantity of each type)2. In the right box: Character, HP / Max HP, MP, ATB Gauge (there should be 5 slots)3. Middle Box should appear upon a character's turn (should be fine as is)4. Omit the menu with the "Fight" and "Escape" commands entirely5. Menu options should be:    A. Attack    B. Skill 1    C. Skill 2 (if applicable)    D. Run    E. Item    F. By pressing the left arrow key the "Row" option will appear (changes only users row)    G. By pressing the right arrow key the "Defend" option will appear6. Battle results to appear at the top of the screen in a text boxes:    A. xxx Gil obtained.    B. xxx EXP earned.    C. (item) found!    D. (character) gained a level!If you can, there are some other mechanics I desperately need help with as well:1. A Jump skill that :    A. when used causes the user to jump off screen    B. one turn later will have the user fall on target and return to original position2. Row exemptions: Back row provides +20 Evasion & 200% Defense, but -20 Hit Rate & 50% Attack. However, I want ranged weapons to ignore the Attack and Hit Rate penalty, but still provide the Evasion and Defense bonus.Here is an example battle screen: https://upload.wikimedia.org/wikipedia/en/c/c7/Final_Fantasy_IV_The_After_Years_gameplay.pngThanks!~Spindaboy

Please remove ALL references to ripped resources and ripping resources, or this thread will be locked & hidden.

i'm just a bit curious, but are the names of the characters based on your friends?

Huh? What would make you think that?

nah just curiosity really. It kinda sounds like it a bit. If it is then its really cute, I love basing characters from people I know C: 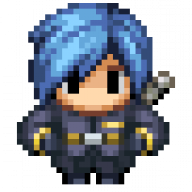 I lorve Final Fantasy, one of my biggest game inspirations! I will test your game if you test mine! What do you think of that?

Allsvin said:
I lorve Final Fantasy, one of my biggest game inspirations! I will test your game if you test mine! What do you think of that?
Click to expand...

Add me on skype and we'll get started ?

Allsvin said:
Add me on skype and we'll get started ?
Click to expand...