You think Cloud Strife is a jerk? Post here.

You love the couple Squall and Rinoa? Post here.

You hate that Final Fantasy 13 has no world map? Post here.

You wish there's a sequel to Final Fantasy 8? Post here.

You love listening to Melodies of Life? Post here.

You think that the Squall's Dead Theory is correct or incorrect? Post here.

You think that Final Fantasy series is the most epic game franchise in the world? Post here!! 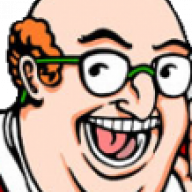 In a few posts, there will be a discussion about what FF is the best, it must have !

Personally, I've played a few ones, and all was great, and 3 of them are epic, imo. I think everyone here must try at least FF7, 9, and 6, or others, there is no bad games in the series.

Never been a Final Fantasy fan. I did love FF12, though. That game stole close to 300 hours of my life ( 3 playthoughs ). 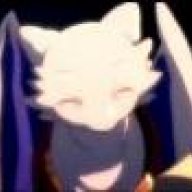 I shall add my two cents.

FFIV is by far my favorite Final Fantasy games. I haven't quite beaten them all yet, I believe FFI, FFIV, FFVII, and FFX I have beaten yet I do own everything inbetween there along with FFXIII. Will probably never play FFXI and FFXIV due to the fact they are pay-to-play MMOs. Kinda wish they would of been called Final Fantasy Online I and II rather then being part of the numbered series. One other thing I dislike is that the gameplay is changing so much after FFX that I may stop playing them all together, even if the stories are still amazing.

Also! Dissidia is a very enjoyable series. Nothing like smacking Tidus around with every other character.

Sad to admit I'm quite a bit of a Final Fantasy fan myself. Kefka is definitely my favorite antagonist. His personality and dialogue is just the best! Played every game from 1-10, and played 13. Only actually had the time to beat 3, 5, 7, 10, and 13, sadly. Have to say, I really don't know what all the hype over 7 and the nonexistent Cloud x Aeris relationship is. Don't get me wrong, I enjoyed 7, but just as an average RPG. *waits to be attacked*

For myself 6 or 9 will always be my favourite.

Anything after X is just utter crap (imo)

IV & XII are my utter favourites, XII stealing an absolute truckload of time from me. I thought making a perfect save would be great fun, but then I forgot I'd need to get 99 Tournesols, and then I quickly disregarded the idea. Still, messing about with the RNG and having your team wander around all equipped with Zodiac Spears was great fun.

VII was the first one I played and still holds a spot for me but it's not really my UTTER FAVOURITE anymore. It really was a landmark in its time though, and it's not gonna die down any time soon so we'll probably need to deal with the crazy shippers for a long time yet. Just to add to the above post though, I totally agree with Clerith being MEH~ I always liked him and Tifa better anyway. BUT I WON'T GET INTO THAT because conversations like these go off topic quicker than...something quick.

Composer wise, Masashi Hamauzu really grew on me by FF13. I thought the FF10 score was AMAZING, and 12s was okay, but 13 had some awesome pieces in it. Oerba's music is really just UNFFFFF.

It's a shame the series as a whole has gotten so divided between people who're like 'GNSDUHSAAAAHHHH Y U NO MAKE TRADITIONAL FF GAMES ANYMORE' and the opposite, but it's all about moving forward. I personally would not like to play the same gameplay over every instalment, and I'd prefer something updated each time. 13 had it's share of awful flaws in that regard but it was a step forward nonetheless, and I really quite enjoyed taking the time to master that battle system.

And a final thing about 13 actually, it really annoys me when people use the whole 'YOU'RE JUST RUNNING IN A TUBE FOR 120 HOURS' argument. While it could have done with more expansion, YOUR PARTY ARE FUGITIVES. The realism in that sense was quite nice. I think 12 really conquered the exploration aspect though, that map was amazing.

I have to agree with WizzyT. Although as a guy, I wasn't particularly fond of X-2's "dolly dress-up" theme, it bears special mention as the last playable FF. From that point on, SquareEnix chose to basically abandon everything I loved about the series to go with an online MMO hack -n- slash themed format.

FFIV is my personal favorite of the series...except for Cid. Die already!!! LOL

I've played and beaten all the games up to 10 (including mystic quest!). 7 is my favorite, always has been, always will be. 6 and 9 are both great, and I also enjoyed 4 (and the aftermath series). 10 was ok, 8 sucked, and the rest were good games for their time.

Also, the Squall being dead thing may make sense, but the story would be even more full of holes. All the loss of memory stuff and the final video is 'explained' by the fact that Guardian Forces make people lose their memories.
Last edited by a moderator: Mar 22, 2012

I personally enjoyed 8 a fair bit, it just took a while

X-2 was the starting point for hating the series for me im afraid.

While I understand the attempt at trying to change the series they really did make a balls up of it, they jumped from Final Fantasy Masterclass in 10 to completely ruining the the battle system in 12 - My opinion of course.

This along with the terrible games that followed (Including the nose diving MMOs) really has lowered the fans liking of the Final Fantasy series.

@WizzyT - S'all down to opinion really. Some people like their Final Fantasy experience one way, some like it another. Admittedly, 13 had a lot of things wrong with it, but I do hear the sequel patched up on it an awful lot so maybe it'll be a learning experience for Squeenix. And as for 12, I think that's really where the split started (actually I think it might've been after 10, I knew a few of my friends hated the game). But meh, again it's all subjective. You'll never get a unified opinion on something like that. (ALSO YOU'RE FROM SCOTLAND TOO HELLOOOOO)

I wonder where Versus XIII has gotten to?

quigonkeichy said:
I wonder where Versus XIII has gotten to?
Click to expand...

Final Fantasy II for the SNES (You know it as 4) was the second game I ever played (after Megaman X) and it will always be my favorite RPG ever.


Ronway said:
Also! Dissidia is a very enjoyable series. Nothing like smacking Tidus around with every other character.
Click to expand...

What. Play with me online. I will destroy you with my level 100 Tidus with ultimate equipment. No one talks about Tidus like that.
Last edited by a moderator: Mar 22, 2012 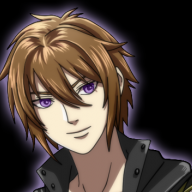 Has anyone else ever thought over their personal Final Fantasy couples? I mean from all games not just one in particular, Like... Idk Sephiroth and Ultimecia XD

10 did start the whole change I'll agree, It was still a full fledged FF game down at its core.

X-2 I really despised with a passion .

12 Just ripped out the basic foundations however and moved away from turn based (A staple requirement of each mothership FF game).

And yea , Where in scotland do you live?.

See, the problem is though that X-2 & XII didn't really do anything that hadn't been done to an extent anyway. X-2's dressphere system was just a class system, and really FFXII's battle system WAS turn based still, it still ran on the ATB, just got rid of the transition and added in some automation really.

quigonkeichy said:
See, the problem is though that X-2 & XII didn't really do anything that hadn't been done to an extent anyway. X-2's dressphere system was just a class system, and really FFXII's battle system WAS turn based still, it still ran on the ATB, just got rid of the transition and added in some automation really.

I've still not finished XIII, Mainly because I have no idea what is going in.

I found the story to be very bland and well... Boring.

Someday i'll get round to finishing it.

I'm a big fan. Final Fantasy VII was the first game I actually bought myself (my Dad bought my playstation from his friend with a bunch of games). VIII the second.

I love Final Fantasy VII, and VIII, both equally probably.

And, while it may make me sound fangirlish, I do think they are the best games I have ever played on a console.

Hyperly
I'm moving on from RMXP finally. I've been stuck in a difficult decision between XP and MZ, and I've given up and moved on to MZ. Overall I'm really liking it, I wish tilesets were easier to setup like XP, but it's actually not that bad!
11 minutes ago •••

TheGentlemanLoser
Have you ever gone full 'Ship of Theseus' while frankenspriting? Because I just did.
42 minutes ago •••