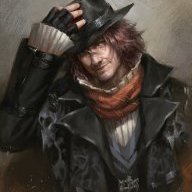 I recently decided to use a bunch of interconnected field maps for my RPG instead of an overworld, and I know how I want the airship to function, I just don't know how to implement it.

Here's the deal: Final Fantasy X has an airship you can travel to from most save points. On the deck you can explore, interact with NPCs, etc. From the airship, you can fast-travel anywhere you've already been.

That's how I want it to work in my RPG. Once you get the airship, you can access blue save points to board it, and from the airship you can talk to the pilot and pick a location from a list. First, I need a plugin to extend the amount of options so I can include all the fast-travel locations so the player can scroll through them all. That isn't the hard part; The hard part is, I want the world map to be displayed as you make your selection, and show a little dot over your destination depending on what you have highlighted. In essence, I want a way to show an image, but change the picture shown depending on which option is currently highlighted.

I'll simply use switches to add locations to the list/change the available options as the game goes on, since all the side areas are A) located inside of earlier areas, or inaccessible until the endgame, so I won't have to pull anything too fancy.

Did I do a good job explaining what I want? 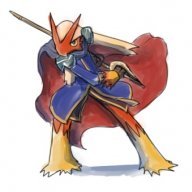 Assuming that you are using MV, I believe that Yanfly's Common Event Menu could be of some help to you.

Just use the show picture and move picture events.

Show the world map picture, then on a higher numbered picture, show the destination dot.

Of course, if you're doing a updating dot, I suggest learning how to make what I refer to as an "Indexing System" and just streamline everything you've asked for through there.

In order to learn how indexes work, you need a decent grasp of variables and you need to understand how to create a "wait for/register button press" event.

Think you can do those?

Thanks for bringing up the common event menu, that was exactly what I was looking for.

However, I ran into a snag. See, the dropbox download link for that plugin was down, but the mirror wasn't, so I copied/pasted that into notepad and saved that as a .js file. When I try to trigger it in-game I get this error message:

Is this because I copied/pasted it into notepad?

EDIT: Never mind. The problem was that the plugin didn't have the underscore in the name. I feel stupid now.
Last edited: Feb 18, 2018

standardplayer
Can't wait for the next Sonichu
26 minutes ago •••