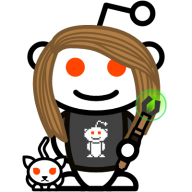 This is an awesome and complex game, congrats!

Not sure if this only happens to me,


but after the Crystal Golem fight, the characters get stuck near the rocks. Can't move, save or exit (v1.5).
Tried to repeat the battle a couple of times but the same happens afterwards 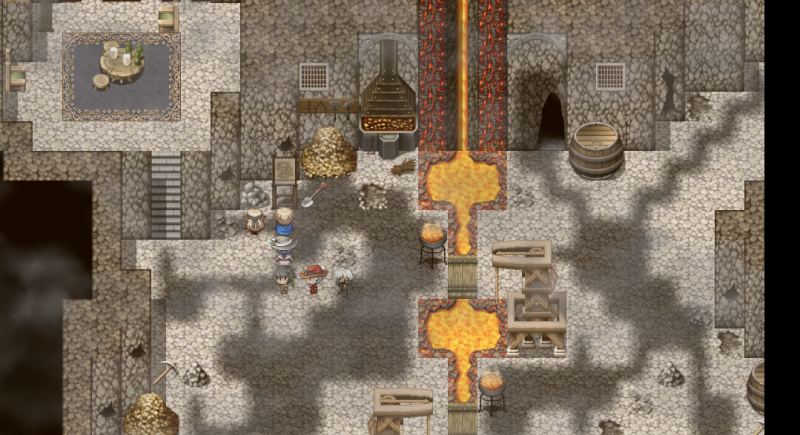 @zzAna I put part of you post in spoilers so that it won't be, well, a spoiler.

Are you still working on this game?

I wanted to do something like this a while ago but never did. Thanks for doing what I couldn't!!

Ah shoot must be an out dated version. I’ll get a new build up and sent out to you within a day or two! @zzAna sorry about that bug!

@punchybot yes it’s still in the works. Development speed varies based on real life but I’m still trucking away at it.

Thanks for showing interest in my project!

I am extremely interested in this game. I am going to download it! Do you want critique?

@punchybot of course, feel free to critique it. I know it’s far from perfect and most things in chapter 1 will likely remain the same from here on out but I will consider any and all feedback when moving forward with the project

Well, I wouldn't suggest anything crazy. But here are my "reactions." what I put in red is stuff I think is a high priority.

Orcs have their own language and speak poorly, EXCEPT FOR THAT ONE IN DAWN OF THE GODDESS

The orcs were killing everyone with zero discrimination

I don't think Yagudo were at the battle of Tavnazia

Who's that bat wing dude

If you enter the tavern again, the whole party is still sitting there

I also love the smell of Chocobo


While it is true that Rolanberry fields is dangerous and full of crawlers,
wouldn't the quadav be MORE dangerous?


Why have the guard in Lower Jueno block the way to Rolanberry but have the party
block me from going to Port Jueno? I think the party should stop me both ways.

The weapon shop in upper has a face for the chat. Inconsistent from the one in lower


You used colored text in dialog, but don't use it for random NPC chatter

Passability issue in Ru'Lude Gardens - that boss tile is meant for pathways. Since
it is in the water, I can walk on it

Music change when you get done with CS after you go to Bastok is jarring. Why
did it change?

Character faces don't change with class change. Aeolin was changed to RDM and uh that
THF - DARIO! guy I changed to MNK.

I can't go down the stairs in Bastok MArket

This quest system is awesome

Nice hint to Dynamis at the South.. err North? Gustaberg gate... not sure what
your plans are for it! I don't find it an import aspect to the story, but
so far this doesn't seem to fly too closely to what FFXI so I am open to new ideas!

Speaking of which I was allowed through the gate....


Why is "passive" a command in the battle menu?

I love how you put the enemies in. It doesn't work with the art, BUT IT SO WORKS
FOR THIS GAME

Why does WHM basic attack a spell thingie?

Despite having 100TP, I can't use Combo - do I need to be a certain level?

Now I can use my WSs... pretty cool! Not sure what the input after I Select them
is about, though

I feel like the monsters get stronger than you very quickly

No phoenix down available?

I agree with the FF9 as the boss music.

I don't know if I am not seeing it, but how do I tell who can wear what equip?

No game over when I die?

Do enemies level with you?

Rabanastre? Not a fan, but interested in what you'll do with that content. I feel like there is a sea of content to explore, so I am not sure I would want to tackle more on an already massive game.

Now I can
I think this game is awesome. I didn't complete the demo. I think my biggest complain would actually be what seemed to be the enemies leveling up with you. I never felt like I was leveling up and getting stronger, I just felt like the enemies got stronger, which isn't fun because I would like to plow through some of the beginner enemies, especially since they are in the way.

I am watching this thread. I am very excited about this game. If you want a tester, I'm your guy!

@punchybot im going to get a new version to you as well ASAP! Most if not all of the bugs you mentioned have been fixed.

The story is a sort of retelling taking bits and pieces from the original and also making it my own. The plot does not follow the original XI storyline so some of the lore has been adjusted as such.

Big bat wing dude or little bat wing dude? Lol big one is Shadowlord (don’t have a bunch of sprites available lol) and the little one is a champion of the nation that helped defeat the shadowlord (more on them later)

Music changes to FF9 world map music because the consulates are chapter 1’s was of navigating the world. This way of travel is changed in chapter 2.

White mage basic attack is a spell so they can be useful long range without wasting mp. Same with any staff user.

I’ve adjusted enemy levels a bit for scaling since this version. I wanted the enemies to always feel strong though because in XI, the enemies were no joke.

Bug fixes and updates along with more chapter 2 content to be explored.

*Class selection added to the start of the game*

I’ll be releasing little by little with Chapter 2 still being in the beta phase so any bug reports / suggestions are always welcome as I move forward with this project.
Last edited: Nov 27, 2018

Hi.
Will just let you know that i really love this game already.After 10 hours, or before that actually.
Gonna PM about some stuff but i`m so "afraid" that i`m coming to the end of your current building(never give up on this game) , gonna to Palborough mines now. Is the first chapter coming to an end soon?
It`s soo much to do with mining and crafting. The crafting you maybe can speed upp a little, because the ! , i don`t know if it`s necessary. But i will play on and leave you feedback. You have something great and fun here, alots of do and many places. The crystals is very handy.
EDIT:Just 2 things now, it feels like it isn`t consumed right when uses TP. And Hard resetti must be a test-skill for easier playing?or?It really kill them all and seems to could be used again and again as the TP seems not been finished yet or something.
EDIT again:Maybe speed upp the mining a little, not the crafting.The crafting is good. PM coming when i go through my notes again and have played a little more.Just let you know that i`m alive and playing, it was much longer than i thought (it`s positive of course) .This should get more attention(or maybe it has? ).
Last edited: Jan 8, 2020

The mining points and crafting die off a bit in chapter 2 as I decided to take a bit of a different approach with my structure but some of the mods you get from crafting can be found in drops. The accessories will still be crafted in chapter 2 though for the best stuff.

Chapter 1 has an extra side quest and an 'end game' portion at the end to get some really excellent gear for chapter 2 so keep an eye out for that. It will add quite some time to your play through.

With side quests and what not you can expect the game to be around 20+ hours. Not sure how much in total with all the chapter 2 content you have access to though as it is still basically alpha whereas chapter 1 is beta

The game has gotten some good feedback by the ones who have played it but hasnt gotten a lot of exposure. Most frown upon it because it is an FF based game and most people aren't familiar with FFXI anyway but it's definitely a passion project. Glad you've been enjoying it! I'd love to hear more about your experiences and your party composition