THIS IS A NON-COMMERCIAL FAN GAME
Version 1.3 *Contains 30 - 50+ hours of gameplay*
Feedback and bug reports are appreciated and I hope you enjoy the project! 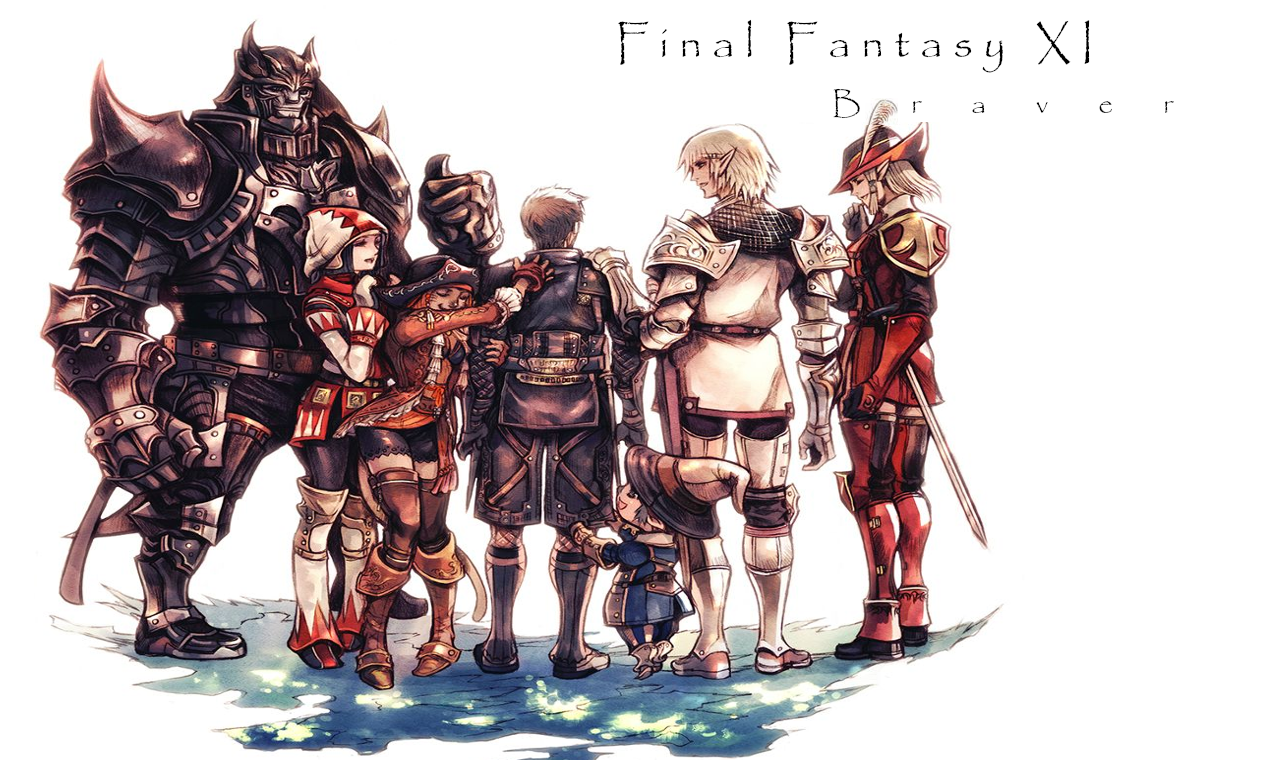 
Embark on an epic journey through the vast and dangerous lands of Vana’diel filled with bustling cities and savage beast lands. Our story takes place ten years after the Crystal War. Though the war was devastating for the peoples of Vana’diel, it had finally united the four nations; Bastok, San d’oria, Windurst and Jeuno, giving them cause to stand together in arms against an evil that threatened their world.

Where your story begins
After your last excursion in Valkurm Dunes, you have started to turn some heads. You are summoned to meet with the Captain of the Ducal Guard in the Grand Duchy of Jeuno. A new mission sends you to the Republic of Bastok where you uncover new and startling information that will send your party to a battle on the front lines that was never expected.
Aeodin Eagleore

A Hume born and raised in the Republic of Bastok, nestled deep within the arid region of Gustaberg.
Aeodin became a Junior Musketeer in the Bastokan Military, following in his late father’s footsteps.
He soon turned to adventuring in hopes of making a difference in the world of Vana’diel on a larger
scale to further honor his ancestors who served and died in the Crystal War and those before it.

An Elvaan born and raised within the walls of the Kingdom of San d’oria in the cool air of the
Ronfaure region. Kayame was born to a mother and father who served as Royal Knights under King
Destin, the 26th ruler of San d’oria. Despite their powerful magic, they fell at the hands of
the Beastmen Army during the Crystal War leaving Kayame an orphan. As soon as Kayame was of age,
she set her sights for the Grand Duchy of Jeuno to use her strong magical abilities for a good cause.
She became an adventurer in hopes that she could save anyone from feeling the same pain that she
felt when she had lost her family during the Crystal War.

A Hume born and raised in the Federation of Windurst, within the savanna of the Sarutabaruta region.
Dario was born to a Hume and Mithra which is still uncommon to this day. At the start of the
Crystal War, Dario had been sent to live in the small fishing village of Kazham on the northern tip
of the Elshimo Islands. While his parents went off to war, it was in Kazham that Dario would learn
many of his skills from hunting and fishing to magic and guile. Sadly, his parents never returned to
him after the war. In his teens, Dario found a place with the Pirates of Norg and trained under
Gilgamesh. Later, Dario set for Jeuno to use his abilities as an adventurer to make a difference in
Vana'diel for the greater good.

A Hume born and raised in the lush Tavnazian Archipelago behind the walls of the wealthiest city in
Vana’diel, Tavnazia. At a young age during the Crystal War, she watched as the Beastmen Army
obliterated the once thriving Tavnazian Marquisate, leaving nothing but ruin. With a few survivors,
Lazulai managed to escape during the attack to a safehold. She not only became an orphan, she also
lost her dearest friend, Zayafont. Since the fall of her nation, she began tirelessly training to hone
her skills to repay the Beastmen tenfold any chance she was given. Lazulai left the safehold as an
adventurer with eyes locked for Jeuno. 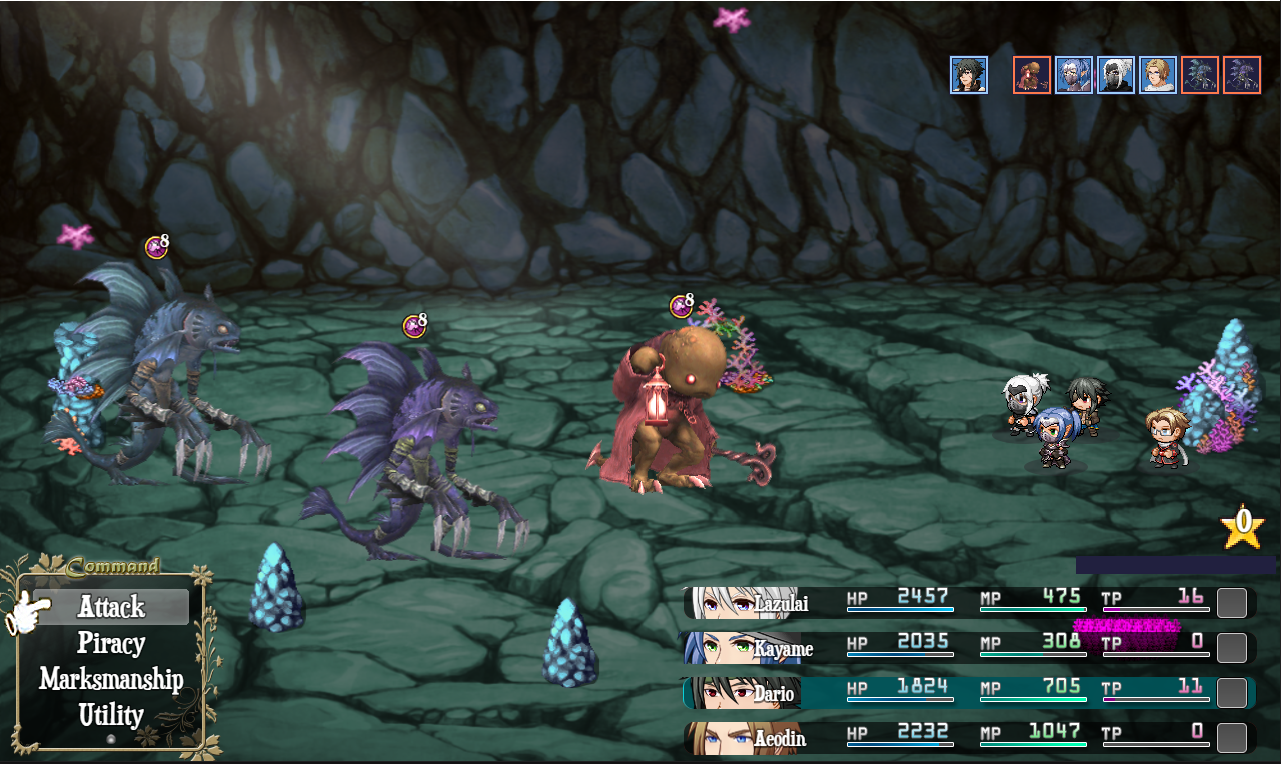 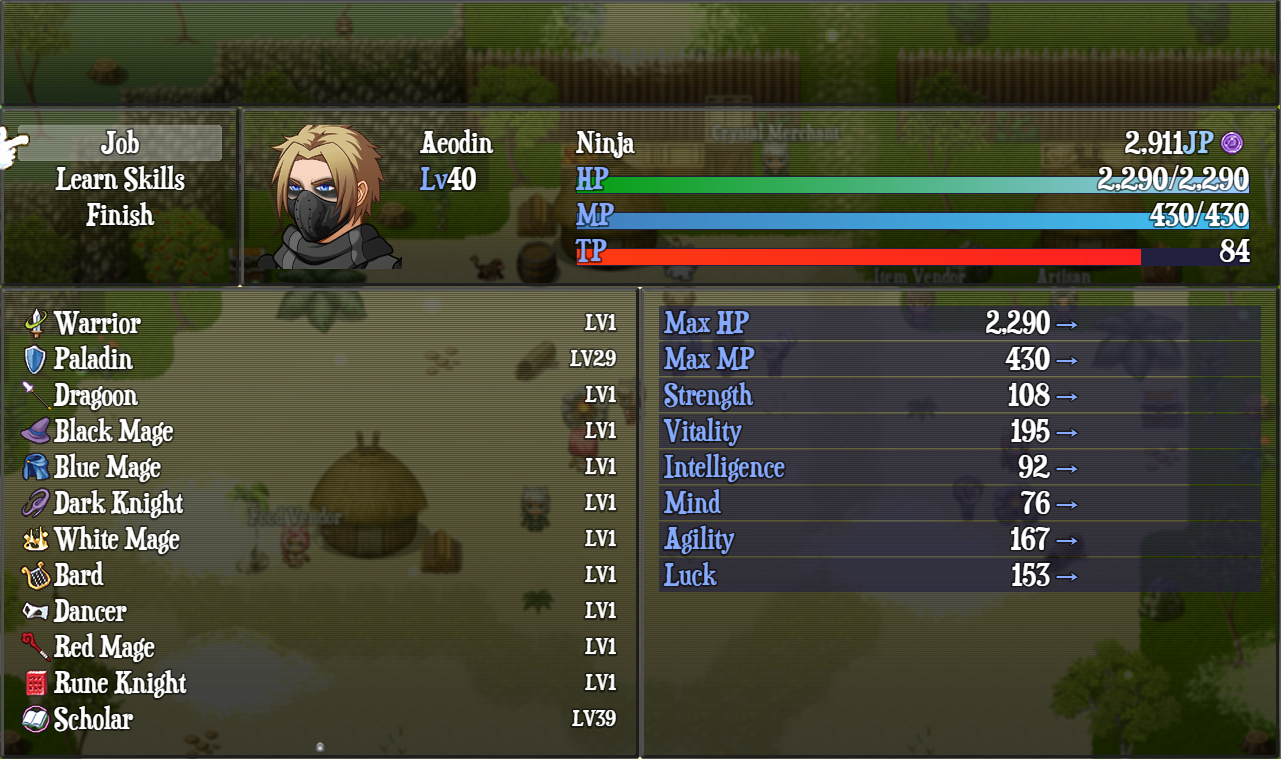 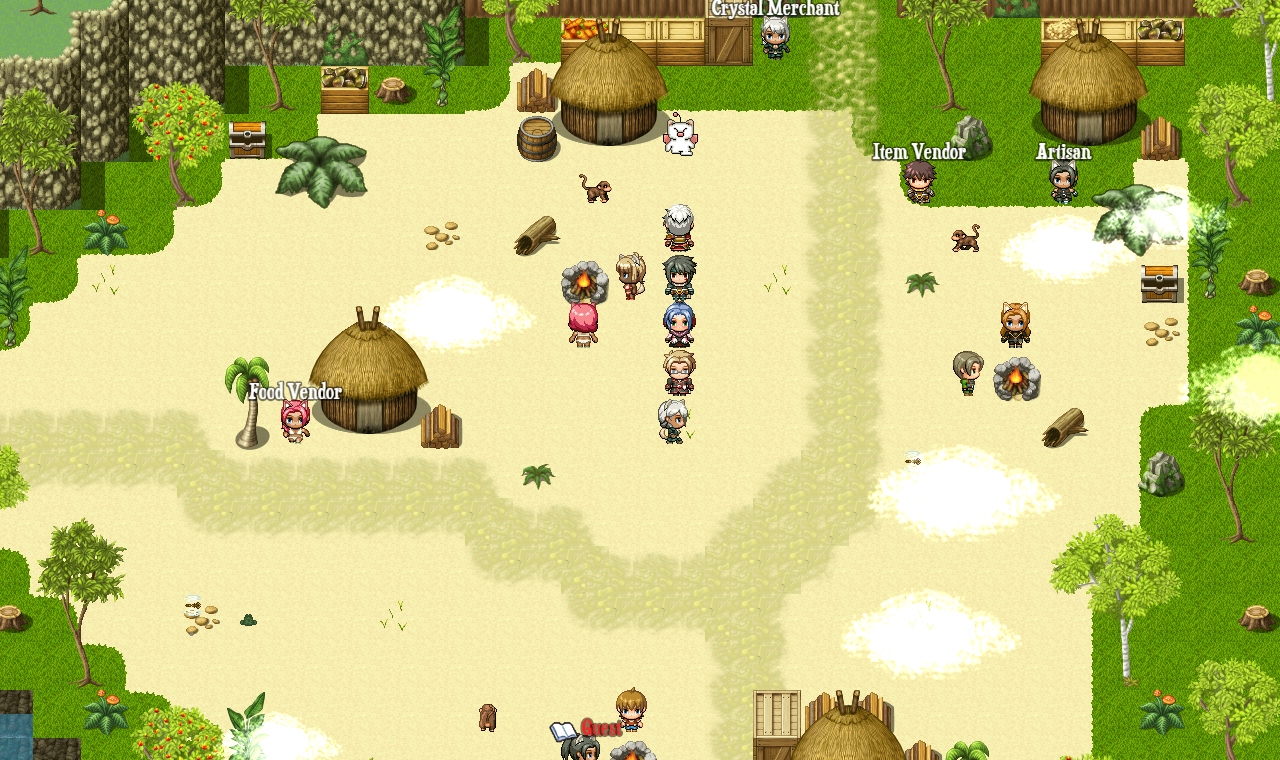 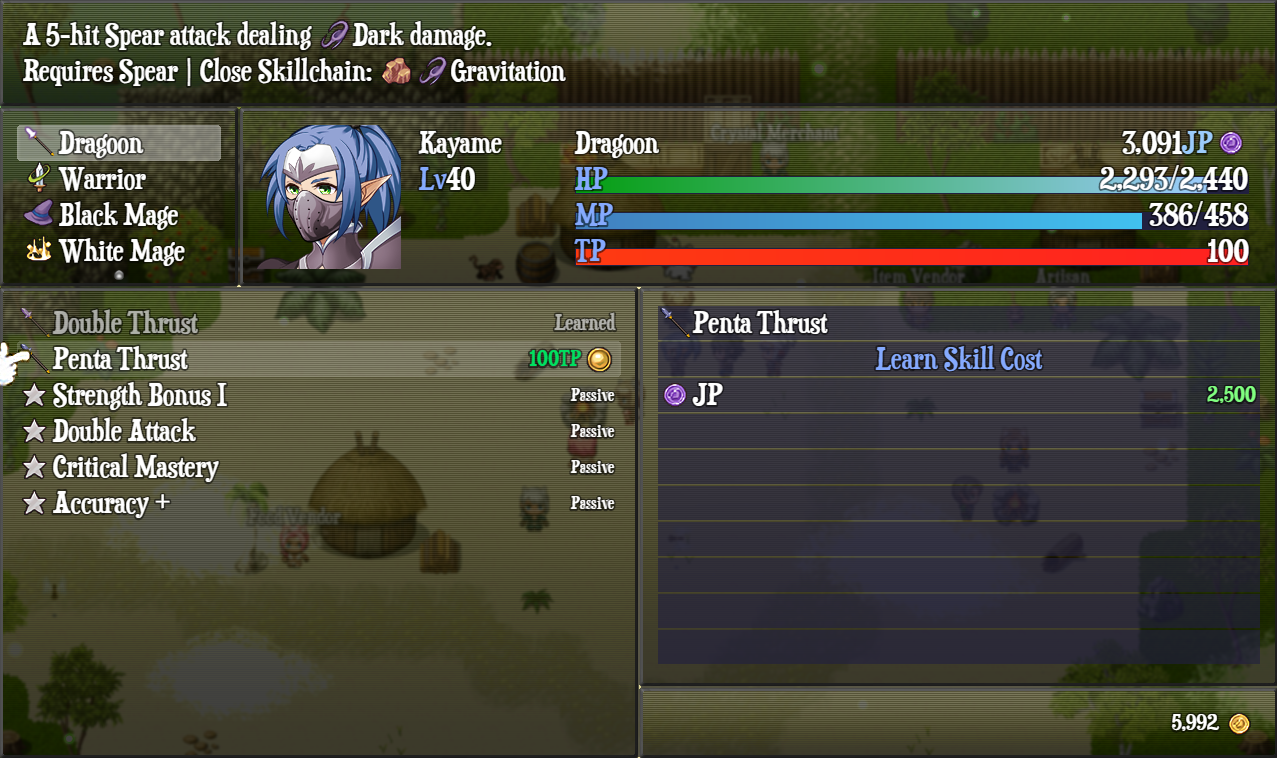 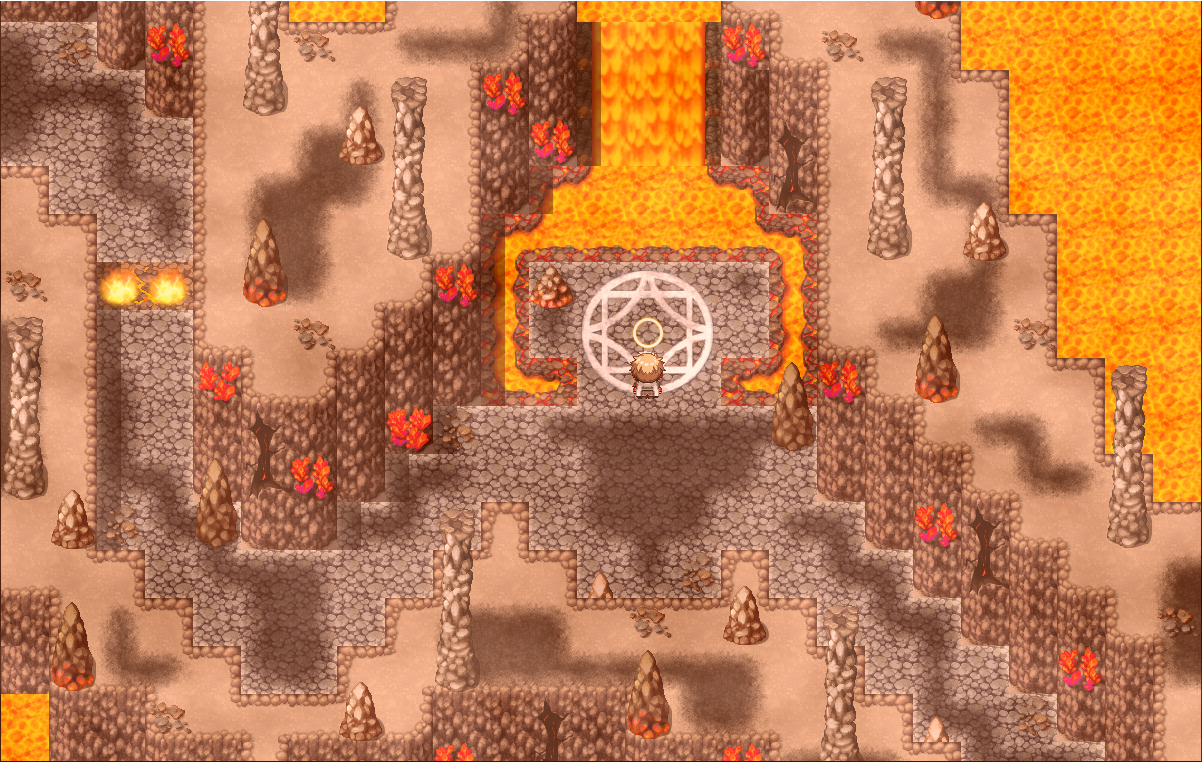 Any chance you can put your images in your post rather than links to be followed?

Shaz said:
Any chance you can put your images in your post rather than links to be followed?
Click to expand...

Yeah sorry didn’t realize they populated like that! I’ll update it

Hi, first thank you for this amazing game, I really loved it so far.
But now I have a gamebreaking issue.
When I want to board the ship from Jeuno to Kazhan the dialog gets triggered but after that my party is just stuck on the bridge and nothing is happening anymore.
Can you help me ? Thank you so much.

Wiwi said:
Hi, first thank you for this amazing game, I really loved it so far.
But now I have a gamebreaking issue.
When I want to board the ship from Jeuno to Kazhan the dialog gets triggered but after that my party is just stuck on the bridge and nothing is happening anymore.
Can you help me ? Thank you so much.
Click to expand...

I'll have you join the discord if you have one. I've been posting a lot of updates there and you will likely have an out dated version now. You can find the information there