Lab 331 is a simple dungeon runner type game with one simple goal: rescue the scientists trapped in the lab.


The lab has gone out of control and won't behave as expected, trapping 10 scientists within its walls. The plan - decommission the facility. However, those trapped inside need to be rescued first. That's what you've been called in for. 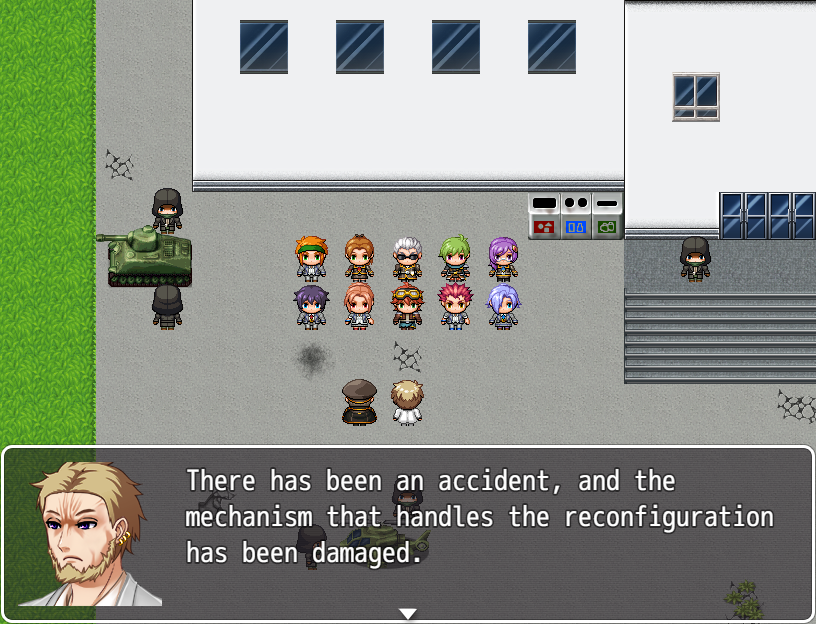 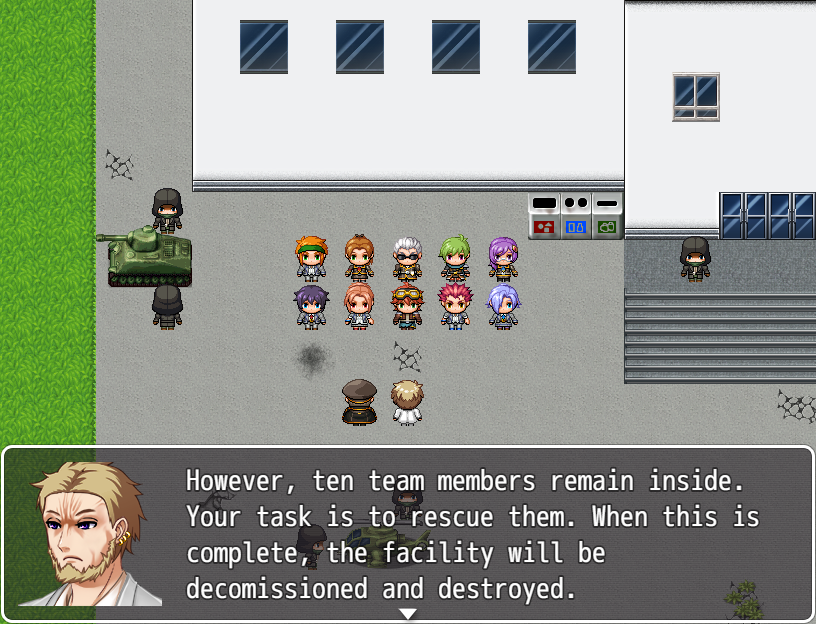 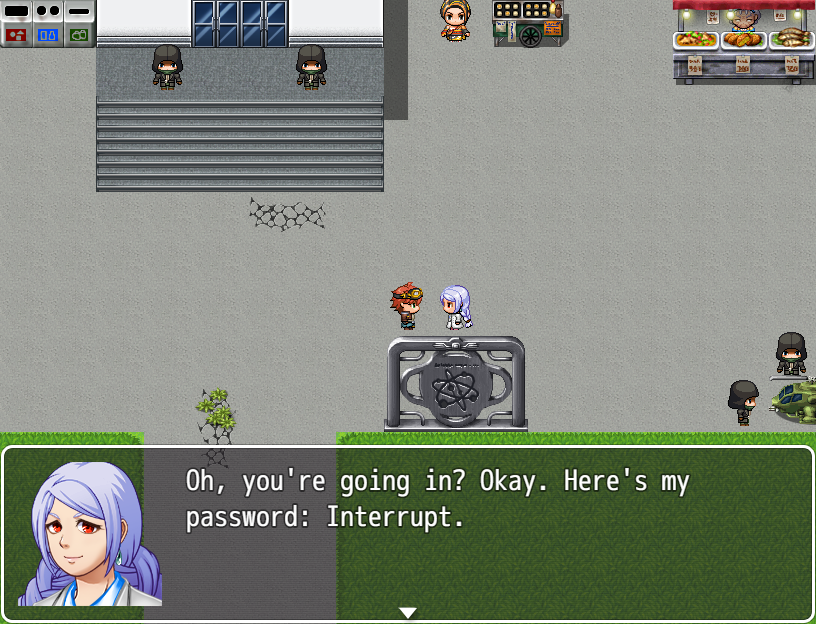 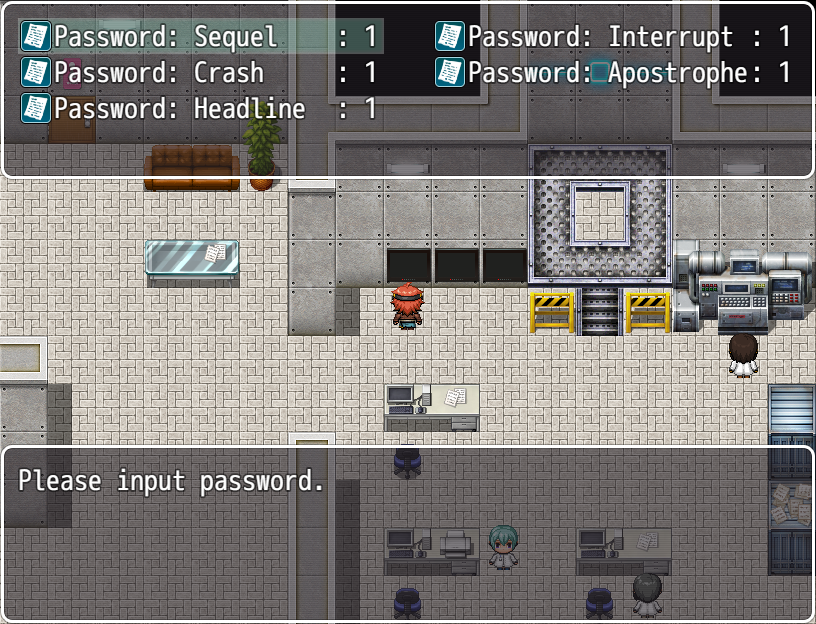 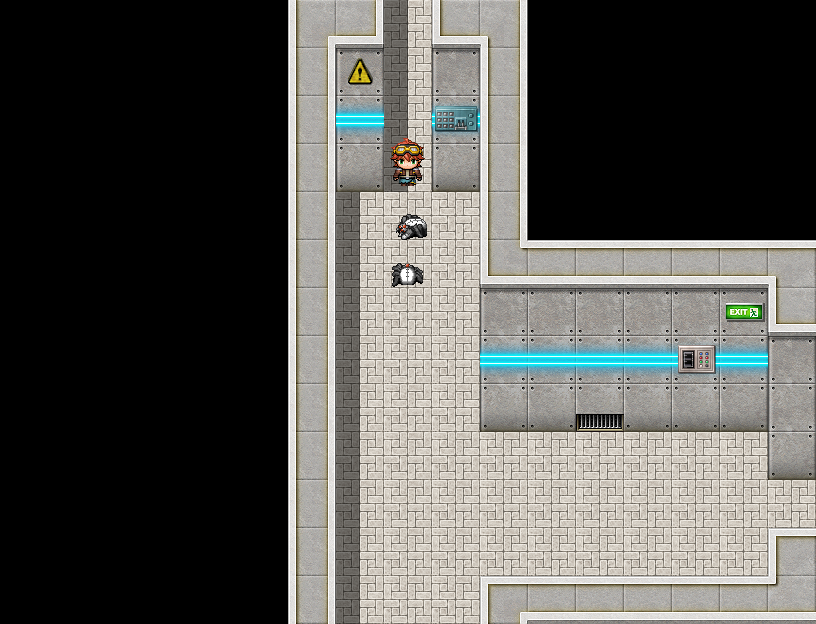 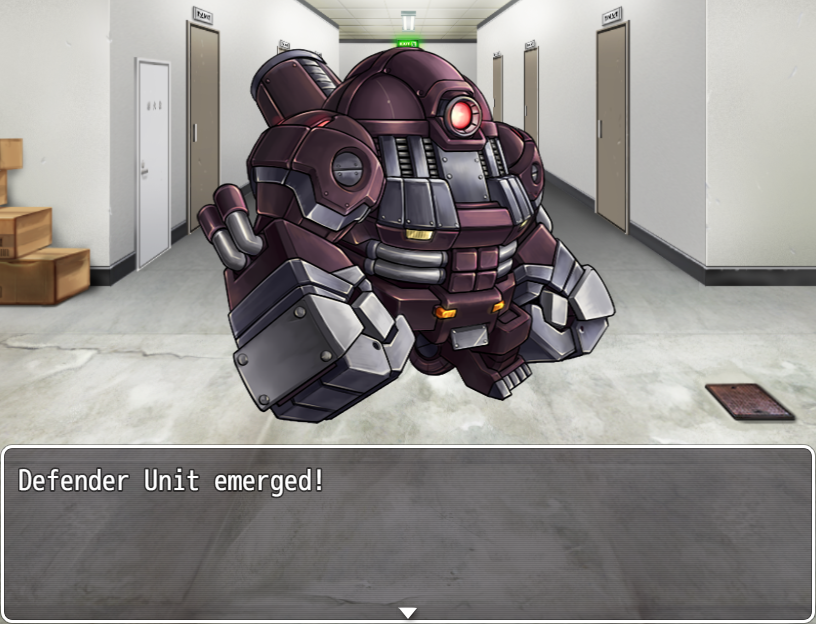 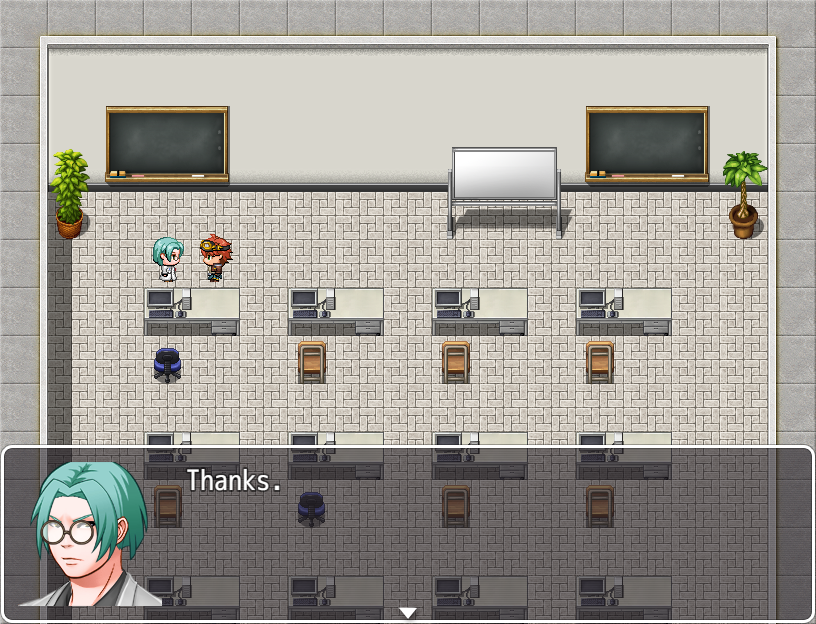 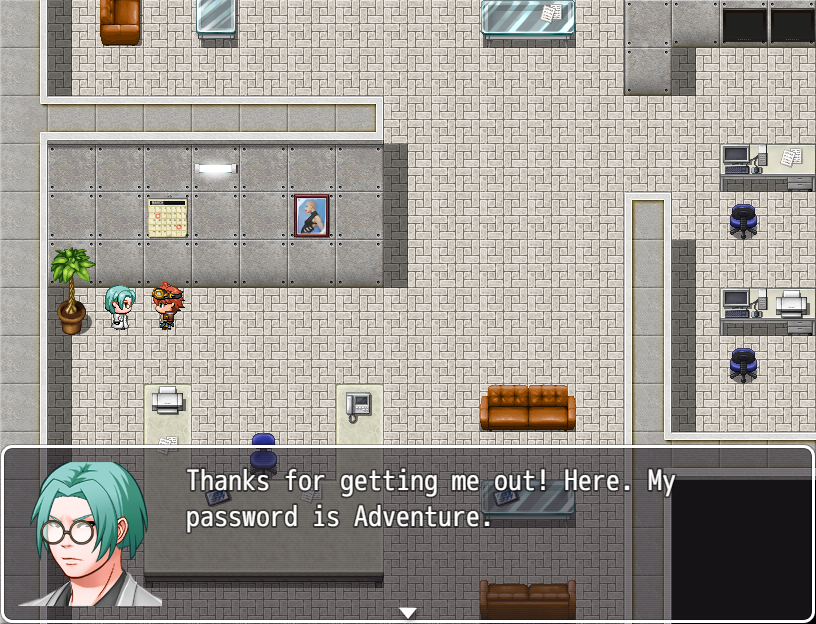 Outside you will find people that can help you restore HP and replenish your item stock. Make sure to check around for the scientists you rescue - they will give you more passwords!

Congrats on finishing your game!  Unfortunately I couldn't beat it due to crashes and getting lost.  Using passwords is an interesting idea, and thank you for putting them as items so I didn't have to memorize them!  But I'm not sure if there were certain ways I should have put the passwords in, I just put random ones in.  The maps were bigger than I think necessary and I could walk onto the piles of paper to get onto tables, and they were so similar that I had a lot of trouble trying to keep track of where I'd been and where I needed to go (whoever was in charge of installing exit signs in that building should be fired ).  Battles weren't exciting, as most of the enemies could be killed with one hit of 'Dual Attack'.  Also, 'Grenade' and 'Blast' could be used outside of battle but all they seemed to do is waste MP.


As I mentioned, I had some crashes: "TypeError: Cannot read property 'roomID' of undefined" and "TypeError: Cannot set property '0' of undefined", which happened when I tried to use teleporter sometimes.  But besides those I also had a few doorways that threw me into the nether or onto a room's ceiling, which meant I had to restart.  Since I couldn't save in the building I ended up having to redo things over and over.  The game idea is pretty good, but I think some more fixing is needed to make it great.

@hiddenone Well, thanks for giving it a go. I thought I had squashed all those pesky dungeon generation errors. Sad to hear this is not the case. Back to the JavaScript grindstone for me, it seems.