Finishing up Tutorial in game-where would everyone recommend I start next? 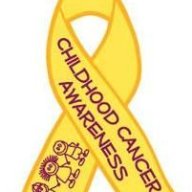 I am finishing up the tutorial (19 steps in all), and am quite enjoying this game. I want to start immediately. Where would the professionals recommend I start next? What should I start playing around with? Excited to being, I understand now that it is going to take quite a while to make my game, but that is ok, I am on no time limit. 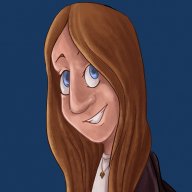 RPG Maker is a ton of fun, and there's a lot you can do with it! I'd recommend starting with some short test projects to start exploring some of the tools, and once you're more familiar with how things work, moving on to a longer game that's more planned out and a longer endeavor can happen.

Your first test projects could be anything, it really depends on what you're interested in. I know some of my first projects in RPG Maker 2000/2003 (which you can see here) were very story-based, where I would just create a game about some of my characters going on an adventure, and testing what I could do. I remember making a lot of cutscenes and playing around with moving characters on the map, building my own worlds using some of the RTP resources/ones that other people made online, and making puzzles where the player would need to turn on switches to progress or use variable inputs to collect items.

Overall I'd recommend just exploring with a focus on finding creative things to do and have the player progress forward that way. I remember one of my first puzzles was adding an item to your inventory that was a hint, and to progress, the player had to rename the main character the name of that item. So it can be anything!

If you're working in the more recent engines (anything XP and later), those also have scripts and plugins, which you can also spend some time exploring to add more functionality to your games. But I'd recommend really focusing on learning how to create game mechanics using events first, and then only resort to scripts or plugins if you're stumped and can't create it with events. You'll learn a lot more about game logic and mechanics trying to program it all yourself first!

So have fun with the program and don't worry about making something super long or perfect in your first few projects. Just be creative and explore what's there!

bishiba
I have been enjoying a game on my iPhone, called Wonderbox. It is just a little game where you create adventures, share them, whilst also being able to play others. It's a bit zelda-esque. I have started some youtube for those, gonna start with RPG maker things soon as well. So if you wish to see, do check it out
33 minutes ago •••