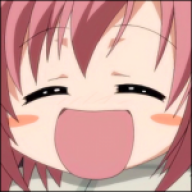 NOTE: I posted the original topic regarding this over at RPGMaker.net (http://rpgmaker.net/forums/topics/15396/) and also posted this mirror topic here so that more eyes may stumble upon it.

As a large number of us will likely know, the REFMAP resource suite and its host First Seed Material have been a long-standing fixture in the RPG Maker community. REFMAP has long been the gold standard to which all other original resource works are compared.

Today, I unfortunately came to find out that Tekepon, the home of First Seed Material and REFMAP, has died and gone away from the internet. Eaten by the passing sands of time. May it rest in peace.

What can we as a community do about this?
While this is a sudden and very sad turn of events, I believe that we as the RPG Maker community should come together and commence an operation to recover as much of the lost First Seed Material and REFMAP resources as feasibly possible. First Seed Material and REFMAP have had a lasting impact in our community and I feel it is our duty to ensure that they are not forgotten.

Please note that you must extract and run the games under Japanese locale (emulators like AppLocale will also work) in order for them to function properly.

I included all of the chipsets, including some popular edits and obscure ones found through the forum. I also included the mackie facesets, of which I believe are all there, as well as the roco facesets (although I'm not sure those count).

Okay here are the 2K3 side battlers I told you about, as well as some random extras, like the pixel facesets which you might not have.

The ones in this style: 
GrandmaDeb said:
If you have the vx_sample game you have 27 char sets and the tiles. =]

Mack's two-tile high Characters and outstanding Tiles from his Blog, available in a VX sample game (You do not need VX to access the tiles and character files.)

(please do not repost this link elsewhere - thank you.)
Click to expand...


GrandmaDeb said:
I do not have have the original compressed file by Mackie, which I believe was called face_m,and held sixteen files with sixteen faces each.

But this is the complete set, I believe.

What are we missing?
As of writing (05/18/2014), we are missing any and all resources that were not covered under the archives I have uploaded above. A good example are the sets of REFMAP facesets. The two Material Quest games contain some of Mackie's facesets, but they are far from being complete.

As of 05/20/2014 we are still missing the two facesets done by 梅 (Ume). I believe we have most of the facesets by Mackie and わちゃ (Wacha), if anyone can cross-reference that would be awesome. PepsiOtaku and Little Wing Guy have also provided a plethora of REFMAP-related/derived stuff, thanks guys!

It would also be greatly appreciated if other community members can mirror the archives we have provided above. Having only RMN as the only source to download these archives is unreliable from a POV of redundancy.

The First Seed Material Terms of Use (the English translation is unfortunately not available) does not state any restrictions to redistribution of REFMAP resources or the Material Quest games as long as such actions do not infringe upon laws and regulations in your region and do not harm or defame First Seed Material.

Closing words
If an administrator or applicable staff member can sticky this topic and bring more attention to First Seed Material's demise, it would be highly appreciated. I was unaware that FSM was gone and the revelation honestly took me by surprise.
Last edited by a moderator: Jun 14, 2014

I pinned it for you.

I WAS surprised when it was down without any notification/words or cues from the Japanese-based RMers from twitter. I just assumed their domain expired? And I'll mirror these in my FTP soon.
Last edited by a moderator: May 19, 2014

Why is it down? Do you know that it's permanent? Domain expiry would have been my first thought too.

As for whether this is permanent? I honestly have no idea as I am completely unaware of the goings-on over in the Japanese RM community. I actually only noticed this today because I'd randomly opened FSM to be met with a 403 error. My hope is they come back and we can all breathe a sigh of relief, but regardless I felt this turn of events was something that the RM community over on our side of the Pacific should be made aware of.
Last edited by a moderator: May 19, 2014

Let's me check my PC. I remember I downloaded every visible resources of FSM.

Edit: Good news I have the character sets for VX/VXACE.

Do you guys need it?

And also if the domain just expired. We could still recover if we know the I.P. Address of the server itself.
Last edited by a moderator: May 19, 2014

King Arthur, I COMPLETELY understand what you are doing.


But the most important thing to do first would be to have a copy of their terms of service.


Is that included in the files you have? That would be great!


But honestly I find it hard to believe this will last. They are still very active.

Okay I just checked twitter and it is domain expiry.
Last edited by a moderator: May 19, 2014

GrandmaDeb said:
King Arthur, I COMPLETELY understand what you are doing.

(lol more than you know!)

But the most important thing to do first would be to have a copy of their terms of service.

Is that included in the files you have? That would be great!

But honestly I find it hard to believe this will last. They are still very active.

I am hoping they come right back. =]
Click to expand...

I have indeed linked to a Japanese copy of their Terms of Use (http://web.archive.org/web/20090908174227/http://www.tekepon.net/fsm/modules/siteinfo/index.php?mode=terms) that was still available on the Wayback Machine. Unfortunately an English copy doesn't seem to be archived.

I went over the ToU (I can read Japanese) when I wrote the post and it is largely (paraphrased) "we own copyrights, do not use in any way that violates laws or is harmful or defamatory to FSM" with no specific mention of any restrictions regarding redistributions. The original, unmodified archive files I uploaded above do not have a ToU or ToS file in them.

And yes, I do hope that this is just a small hiccup and that FSM comes back. I made this topic in the probable event of a worst-case scenario so we have a contingency plan to keep the REFMAP resources alive.

It's good to hear news, I sincerely hope they can resolve that and get back up soon. (っ´ω｀)っ


I have some of the faces saved in this directory (this is within my game), if they are needed. It's a large part of the original set of faces (lots missing though) plus many of my own edits.

Well I have strong hope for a quick recovery, but the old rule stands:


If you see something you like - DOWNLOAD it - along with a copy of the current terms and conditions, with annotation of the artist (preferably in the file name) lol

Yeah there is some awesome stuff for those who don't want to pay for better sprites. Some non-commercial projects are quite reliant of such resources.
Last edited by a moderator: May 20, 2014

Added a link on the OP to an archive provided by PepsiOtaku over on RMN.

Added link to an archive provided by Little Wing Guy over on RMN, seems to have most of the REFMAP facesets along with a bunch of other REFMAP-related and derived stuff.

Also editted parts of the post to better reflect the resources we have recovered/collected to date.

First Seed Material is still down as of 05/20 from what I can see over here, still redirects to a Coreserver 403 page. Does anyone have any updates on that front? :\
Last edited by a moderator: May 21, 2014 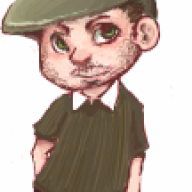 It's a tad bit upsetting seeing a decent resource site down due to domain expiration.
But, if anyone knew how to get in touch with the original owner of the site, then we could have it back up and running.

Note aside, I am trying to find the resources from fsm.
The sprite addons (cloth/acc/hair/eyes) But, fsm is down. :c


or is that a vain hope?

Usually website administrators tend to be on top of things like domain renewals, especially if the site in question is active like FSM was; regaining control of an expired domain can be an extreme pain in the butt (screw domain squatters). The fact the domain expired at all is unsettling, given that.

The worst part though is since we have almost no solid information beyond that their domain expired, anything we can shake a stick at regarding its current status is blank speculation at this point (beyond that it's down).

With the number of active blogs who post there I am surprised there is no more chatter...

King Arthur said:
Usually website administrators tend to be on top of things like domain renewals, especially if the site in question is active like FSM was; regaining control of an expired domain can be an extreme pain in the butt (screw domain squatters). The fact the domain expired at all is unsettling, given that.

The worst part though is since we have almost no solid information beyond that their domain expired, anything we can shake a stick at regarding its current status is blank speculation at this point (beyond that it's down).
Click to expand...

Most of the time you could just automatically paid the domain every year/month via a credit card (Depends on the domain provider). If they set their accounts to automatically paid the domain. they may change credit card, the card is expired, or something that cause them to not automatically paid the bills. So let's try to contact them about it. But if anyone here or in the Japanese forums or someone in japan have any contact details/information to that person. They should also try to contact in-person. (If you know) and notify them that their site is down. maybe they forgot about it (Since the last news in their site is in 2009) maybe they will be back and provide the full resources or maybe bringing the site again.

And don't worry about the domain squatters. Some Domain providers also have a time limit to temporary lock the domain from anyone to get it. So if they paid on time before the domain went on sale. They can bring it up in no time.
Last edited by a moderator: May 22, 2014

GrandmaDeb said:
With the number of active blogs who post there I am surprised there is no more chatter...
Click to expand...

You and I both. I checked all those who use RM and active in FSM and this is what I got:

Which translates to, all they know is that its domain is down. Everyone's panicking over here though.
Last edited by a moderator: May 22, 2014

Hmmm, well I have a boatload of stuff from FSM but no permission to repost any of it.

standardplayer
When you're lost out therrrrre and you're alllll alone, ahwahwah waitin, to carry you hooooommmme, uhhheverywhere you look! (someone hit me with those backing vocals)
Today at 3:13 PM •••

Guardinthena
Good news! I have located an amazing 3D website called SketchFab that has rotatable renderings of famous statues!
Today at 8:44 AM •••