Set up your regions.

Turn on music with an array of regions. fadeout on others.
The above shows you how to quickly set up a set of regions that when touched music plays.

In the above, 19 plays the river BGS while 20 fades it out over 2 seconds.

So How is this done?

Create a parallel event that contains the script calls you see in the image, for example:

I do not fade out BGS or any other music on map transfer, thats for you to set up. 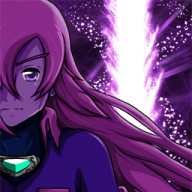 This is an interesting idea for a plugin, it would make world maps with radically different areas have more character if each continent had its own background music, or something like that.

But one question: Does this mean that stepping onto and standing on region 20 would cause the music to fade out into silence?
Last edited by a moderator: Dec 17, 2015

Yes. If 19 plays river music and 20 fades out bgs then all bgs music on the map will fade out. 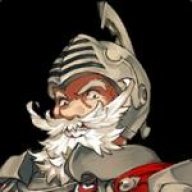 Links missed. Nothing in Github.

Iron_Brew
Feels like I've been butting heads with people more often, especially on here. Hoping I'm not being unreasonable, I've been trying to be more honest about how I'm feeling.
Today at 9:50 PM •••

LittlePIGGY
Today at 8:15 PM •••
GmOcean
I wrote a script everything worked fine until IDs and Names weren't being stored/called proper.. Turns out I used ' j ' instead of ' i ' for grabbing array element. 2 days of bug testing and rewriting to overlook a single little letter. I'm changing my default loop variables. Any recommendations? Maybe n & m? Kidding lol.
Today at 6:42 PM •••