Flashback on a Battle

Hello! I haven't seen this in any of the RPG Maker games that I played. So my question is, is it possible to insert a flashback during a battle (without restarting it or ending then starting it again)? For example, the main character is an amnesiac guy who can't remember anything besides the basic manuevers of swordfighting. Then he gets cornered by a few enemies (monsters, demons, you name it) then has no option but to fight. Then he was losing, when suddenly he gets a flashback or something in which it shows a memory of him fighting, restoring some of the abilities he has from the past. The battle ends with him not completely defeating the enemies but immobilizing them enough so he can escape. Do you guys think something like that is possible?

I've moved this thread to VX Ace Support. Please be sure to post your threads in the correct forum next time. Thank you.


Is this flashback just composed of images, or is it a cutscene?


If it's just images, you could use Show Picture 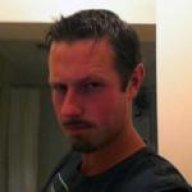 Or you coild save enemy hp etc as variables end battle show cutscene then jump back to the fight with all the stats for party and enemies = to the variables you set?

Hmmm... A hand drawn images depicting some his past as a small flashback (will interrupt the battle temporarily then resume after) would be awesome. I'm looking forward to doing that with MV.

How would you insert that doh? Do you use script or one of the maker's function/events or something?


Zer0_Redemption said:
Or you coild save enemy hp etc as variables end battle show cutscene then jump back to the fight with all the stats for party and enemies = to the variables you set?
Click to expand...

Do you need a script o do that?

OR you could do what Hyperdimension Neptunia and Fairy Fencer F did, just abruptly end the battle after the enemy reaches a certain % of HP  and run your cut scene and then start a completely new battle. Really the player won't care/notice that the battle basically reset.

though for this you basically need 2 different troops in the database one that triggers the abrupt end and cut scene and one that is the real fight. Just be sure that you divide the HP of your boss or whatever between the 2 so that it's not like you are fighting 2 full bosses, just 1 boss across 2 battles.

Play a movie maybe? If the flashback doesn't have any interaction, that could be an option.

Wouldn't be as complicated assuming you don't have any issues recording video.
Last edited by a moderator: Oct 8, 2015

TheGentlemanLoser
I've started the first steps of the final few maps that I need to make for B:ms. I haven't been able to say that in a really, really long time. It'd probably be a good idea to blog about this or something.
57 minutes ago •••