Hey all - I'm attempting to make a Float status similar to what is in FF games - the character floats in the air to avoid damage from below like a quake spell. I've got the map part figured out to avoid damage tiles when the character has float, and I don't care about the animation appearing to be floating on the map. I do, however, care about the sv actor battler looking like it is floating! There are some yanfly plugins to make the enemies appear to be floating, and there are plugins to make a character float during an action, but I cannot seem to find anything to make an actor float based on a "Float" status effect.

Can anyone help out with this?

I forget the rules on how often you can bump a post, but it has been quite some time and nobody has replied. Can anyone assist on advise on how to make a player float in battle based on a status? 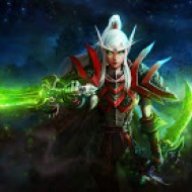 I want to do exactly the same, but don't know how.

The rules are 72 hours after your post you can bump it. Also the only way to do that is with a plug-in, so I need to move this to Plug-in Requests.

Try this one,it is in japanese but is not that hard to setup.
https://triacontane.blogspot.com.ar/2016/06/blog-post_18.html

Hi,
It works to me, thanks!

Thanks, I'll check it out!!

Just as a heads-up, here is the translated licensing terms:

"Terms of service
This plug-in is released under MIT license. It is possible to modify and redistribute without permission of the author, and there is no restriction on usage forms (commercial, 18 prohibited use etc). This plugin is already yours."

This plugin works but doesn't seem to be compatible with Yanfly's Animated SV Enemies plugin.. All of the enemies are backwards when this plugin is used :/

If using Yanfly Buffs and States Core, place this in the state notebox:

I can't remember who posted it but it was posted a while ago. This will make all the battlers that have the float status float in the air.

That didn't quite give me what I needed since I received an error when using the float spell outside of battle, but after some trial and error I was able to find the exact code required to make it work!

For me, this code seems to just move the character "up" a bit on the battle background, but doesn't give the illusion that they're floating. It just looks like they're standing on a different part of the ground than usual.

If I was working in the office would you still talking me like that?
31 minutes ago •••