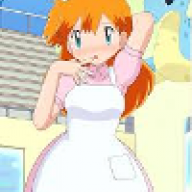 I wish for a script to just hide my audio and font folder. I have found some encryption scripts, but they cause errors. if it is possible to hide more without errors, then that would be excellent. 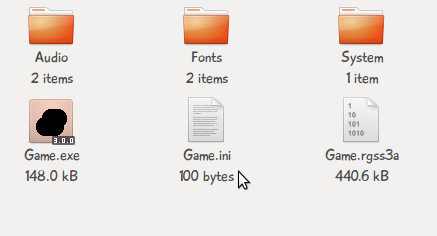 If they "cause errors" it's probably because of the way you're using them, and not the scripts themselves.


How about posting links to the ones you've tried, and elaborating on what the actual errors were? If we don't know, we've no idea if any others we recommend would produce errors too (because they're being used incorrectly). And if they DO have errors, the scripters would probably like to know about it.


I've moved this thread to RGSSx Script Support. Please be sure to post your threads in the correct forum next time. Thank you.
Last edited by a moderator: Jul 21, 2014

Shaz said:
If they "cause errors" it's probably because of the way you're using them, and not the scripts themselves.

How about posting links to the ones you've tried, and elaborating on what the actual errors were? If we don't know, we've no idea if any others we recommend would produce errors too (because they're being used incorrectly). And if they DO have errors, the scripters would probably like to know about it.

I've moved this thread to RGSSx Script Support. Please be sure to post your threads in the correct forum next time. Thank you.
Click to expand...

1.The issue has been solved. When playing my game in Linux a old folder using the mp3 format was created. The game kept caching that folder. I guess this folder was not just created from play testing in RPG Maker Ace.

2. Not 100% sure, but it might have been caching the old script too. In that script I disabled one of them using it.

That was the case. Problem solved. I think I will write down my list of issues that happened to me and give it to the script owner. This will help people solve their problem with the script in the future.

I thought script request was where one requested scripts? Didn't see how it was the wrong section.

1. I did inform the person who made the script and the errors that it is causing.

2. There was a .dll error on 3 different windows computers and sound issue with Linux wine due it only liking .ogg format or that being built internally in RPG Maker Ace or the fact that Linux is known for .ogg format.

This is bound to happen with more computers. I was to prevent it because people "Just" want to "play" the game. Not try to "fix" the "issue" themselves. I pinpointed the issue to be the sound after 25 tests. The crash with the script happened the same way as if I try it with a format other than  .ogg. I set the sound encryption to false and the game works perfectly on Linux, but the files are still exposed in that case. This script changes the extension of files and that is probably the issue, after testing the extension change in the script, the issue still persisted.

3. I didn't notice that a file was created in my C Drive and that was causing a cache error with previous data.

4. No error messages appear, just the sound crashing with a glitching noise, and then crash. The sound was detected, so I doubt it is a directory issue.

Edit: Actually it might be a directory, but the .dll error still persists.

This script is great and very complex, but some things he/she is working out the issues. I will possibly use it in the future, so I am informing the creator of the issues. I just don't want to continue testing it all day long and need a quick fix if "possible."  I have many other projects I need to be working on.

My request is for a simple, quick script to just hide the font and audio folder in the Game.rgss3a, so it is not easily copied. Everything can be hacked, but I don't want people to simply copy my audio folder. They at least have to "waste" their time with getting the info instead of simply using that time creating music and fonts themselves. I myself have made the audio and fonts.

If this is not possible, then I will keep my files exposed for now.

That one is not for commercial use unless ask. I can see if it works if this helps solve the issue.

That one is not for commercial use unless ask
Click to expand...

And asking is SUCH a difficult thing to do

Oscar92player
If there are any mods or admins online, could you please see about the re-translation pages for RPG Maker MV? They are all down
Today at 6:08 AM •••

The Mighty Palm
Werewolf cons: you lose control of yourself once a month and could accidentally kill your friends. Vampire cons: no garlic bread. The choice is simple. Werewolf for sure.
Today at 5:11 AM •••

bgillisp
2 huge market drops in 2 days. So glad I sold my non-dividend stocks about 2 weeks ago. And if the dividend ones drop heavily, hey more cheap stocks for me!
Today at 4:12 AM •••