For those who use the POP! packs and Shaz's lazy tilesets plugin 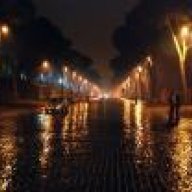 Do any of you have a .mvtileset file you're willing to share? 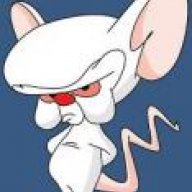 @beliziam does that have the .mvtileset files from the plugin?  He's not after the tiles themselves, but the tileset data (created by that plugin), so he doesn't have to go through and set them all up manually. There is nothing in the product description to indicate the settings are included.


@Nocturnal did you check with the artist to see if he could give them to you?  I would imagine he has a project with all the tileset flags set correctly.
Last edited by a moderator: Nov 12, 2016

Shaz said:
@beliziam does that have the .mvtileset files from the plugin?  He's not after the tiles themselves, but the tileset data (created by that plugin), so he doesn't have to go through and set them all up manually. There is nothing in the product description to indicate the settings are included.
Click to expand...

You mean a sample game where he can copy the settings from. I guess there isnt such a thing. I own the set heres a screenshot of the folder maybe i dont see it ^^.


Didnt even know there were plugins to do that^^

No.  Take a look at the plugin he linked.  The idea is that someone who has the tileset and has set up all the flags correctly can export those flags and give the file to others.  They can then import the flags.  It saves every person having to manually set all the flags.


It's not sharing the resources - it's sharing the tileset flags, through a file created with that plugin, so others can just import the data.  They would already have the tilesets themselves.


I suspect if he's already got the MV version of the tileset, that those files aren't included.


Anybody who is using the tileset and has all the flags set would be able to grab that plugin, add some notes to the tileset to export the settings, run the game and generate the file.  Then the notes and the plugin can be removed.  I tried to make it really simple to use so it wouldn't be a great inconvenience for people to share their tileset flags.
Last edited by a moderator: Nov 12, 2016

Here it is and as far as i can see the needed stuff isnt there:

Yeah, it's not there.


It's so depressing that I've made such a great plugin (and script for Ace) that's such a HUGE timesaver, and nobody is using it.  The plan was for all tileset packs to include these files.  @Lunarea is there anything we can do to get artists to include these settings when they submit tilesets to the store?

I asked Hexed and she does not use the plugin IIRC.


I appreciate the help btw.

I do indeed use the script/plugin, there's a Lazy Tilesets script file included in the Ace version of the set. I don't think the MV version of the plugin was available when I first converted the set to MV and submitted it for sale, though I should have checked before the pack actually went up for sale. If it was available, my bad.


I actually lost a lot of data a while back so I may not have an MV project with everything set up, but I'll try to get things set up all nicely and get the file uploaded. Apologies for the delayed response, I don't get the opportunity to check the forums as much as I'd like these days.
Last edited by a moderator: Nov 24, 2016

The MV plugin came with the DLC when the engine was first released.  So it was there, but kinda hidden away.


I hope you can find an intact project

@Shaz Ah, yeah I must have just missed it then. Sorry!


Couldn't find an intact project, but it didn't take too long to sort out. Files are attached below - there's three .MVTileset files, one for General Exteriors, one for Exteriors with the Nature A5 tilesheet variant selected and one for Interiors. As long as you match up the tileset file names with the database tileset numbers [place the B sheet into the B slot, the C sheet into the C slot etc.] you shouldn't have any issues setting these up.


I'll send these off to be added into the next pack update too, though I don't know when that will be just yet! 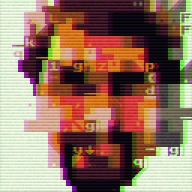 Oof!  I wish I would have seen this a couple weeks ago.  I already went through and set up all the collisions in my PHC project manually the way they made sense to me. Good to know this exists for next time though!
You must log in or register to reply here.
Share:
Facebook Twitter Reddit Pinterest Tumblr WhatsApp Email Share Link