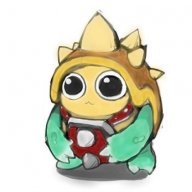 Recently I have been doing a lot of battle event-ing in MV and I use force action often, but now I have hit a blocker of sorts, how can I make an actor or enemy cast something on a specific ally? I discovered how to use the Indexes through conditions and variables to make an actor attack or use a spell against a specific enemy, but I cannot think how to do it on a specific ally.

In summary, what I want to achieve is the following:
If party has actors A B C and D, if actor A gets bellow 50% hp, actor C panics and heals actor A, is this possible to do in game without plugins?

(Solution):
While the advice received bellow is certainly useful, there is another more simple solution (atleast if you take away the formation aspect <if you include it you have to keep track of the actor's indexes through variables>), but when Force action is called for a skill that targets an ally the target group will no longer refer to the enemy's party but to the player's party. I've found this in an older thread were Llareian mentioned this simple solution.
Last edited: Sep 16, 2019

The short answer is no. You could try to get around it with really cute eventing, such as having the skill run a common event (instead of directly healing someone) which checks each battler's HP and restores some HP if it's below 50% of its max... but that leaves you without a lot of the normal tools and controls that skills normally offer.

So in practice, you should use a plugin to do this type of thing. Yanfly's Battle AI Core will let you specify enemies' targeting. His Actor Auto Battle AI Core will let you specify the targeting for allies that are on Auto Battle. I'm not sure what you are trying to do with "Actor C panics and heals Actor A", since normally the player is allowed to choose a target for their skills - if you are trying to take away some of that control, then you will probably need to make some creative use of Yanfly's Skill Core - possibly determine the most injured actor in a Pre-Skill notetag, and set the value for the Heal "value" to 0 for all allies except the most injured one in a Pre-Damage Eval notetag.

@Wavelength I see... I am preety far into my game and adding a new plugin might be a bit of an overkill for me, even if I already have a lot of Yanfly's plugins, but I will give it a shot with the common event, it might just work... Thanks!

there is a way, but it requires tricky eventing.

"random" targeting will always use the target rate for target probability - that is how a tank's taunts redirect an enemies random atatck to the tank.

force action will already be in a event structure because it is an event command.
so you need to do the following event command before and after it:
1) give the desired target ally a state that increases target rate to a high number
2) give all undesired target allies a state that reduces target rate to zero
3) have the force action target a random ally
4) remove the states that manipulate the target rate.
You must log in or register to reply here.
Share:
Facebook Twitter Reddit Pinterest Tumblr WhatsApp Email Link