The basic premise of battle in my game is twofold - in one scenario, you have a conversation with the enemy, and select skills to answer their statements.

When you are done answering the questions, I would like to execute a script statement or something to force victory, but looking through the MV Script call list I don't see a call to BattleManager.victory(). Tried that anyway, but it doesn't work.

The only option I have is to either use 'Abort Battle' which loses all XP, and isn't a solution and doesn't have a reward and eye candy, OR, I could slay the individual you are having a conversation with, but with the sideview battlers etc. I don't like that either, as the player would watch their mom die just before getting rewarded...

Is there a solution to force a victory without slaying the enemy? 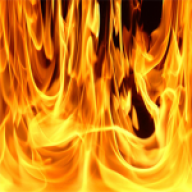 I think you can just abort the battle and then reward the player via an event.

What you want is


Code:
Just calling BattleManager.processVictory() doesn't work because rewards are only given out for dead enemies. If you add the death state to them with code, you'll end the battle in victory but there will be no graphical effect.
Last edited: Mar 4, 2017

Ok, @Trihan, used your code snippet but the enemy actor still fell, as I'm using Yanfly's animated SV Enemies plugin.
So what I ended up doing is issuing a fade out, and then forcing the victory by 'slaying' mom.

Works like a charm. You don't get to see your characters celebrating but you get the extended victory with rewards screen immediately.
I also had to put a fade in after the forced battle on the event that started it.

l8rose
Another Friday and another Zoom call that could have been an email. Working from home is awesome.
12 minutes ago •••