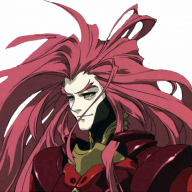 Hi everyone, i am having some problems with the Formation Bonus script and Luna Engine, i am using a series of scripts along with Vlue Formation script that makes a command in battle to change rows in the middle of the battle.
These scripts were made by Roninator2, you can see his scripts here: https://forums.rpgmakerweb.com/index.php?threads/formation-bonus.27146/page-3
These scripts also work as a bonus to Yanfly Party system... but the problem is when i use a custom UI in battle and THAT battle formation script.
I tried everything i know in script modification but i cant fix it in any way... any help is grealty apprecited.
This is what appears when i exit from the formation script in battle:

You have already posted this query https://forums.rpgmakerweb.com/index.php?threads/formation-bonus.27146/page-3#post-1028527 We do ask people not to post a query in multiple places, as it can cause confusion, and more work for those trying to help.

give me a list of the scripts you are using and their order and/or a screen shot of your scripts (if they are descriptive enough to understand which ones they are).
alternatively you can make a demo project to show the problem and send me a private message with the link so I can work with it.

Ok bro, i will upload the project for you, thanks a lot.

It seems to be a script incompatibility.
Vlue Formations script causes errors with Luna Battle Engine portion.
Specifically with opacity and visibility for status_window
Changing the values works.