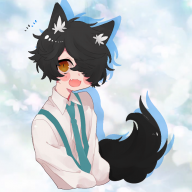 Tutorial topic: how to let the player customize their character (hence the title)
Brief description

Even if I'm not into tutorials about something an extension/studying documentation could do just fine, I've recieved an offer for doing this, so… here comes nothing. Check this tutorial if you'd like the player to choose their character's name/gender (much like in an RPG).​
Template used for this tutorial: Sample Scripted-based UI, 720 x 1280 (my patron wants to develop a mobile game)
Requirements
Tutorial body
Patron: @Valadilene
You must log in or register to reply here.
Share:
Facebook Twitter Reddit Pinterest Tumblr WhatsApp Email Share Link