Hello!
I'm redoing this thread since it didn't really give much information of what the problem was specifically.
I'm using FROGBOY's plugin for Magic (https://forums.rpgmakerweb.com/index.php?threads/frog-magic-supercharge-your-class-mechanics.99243/), but i think that i stumbled upon a bug.
So, with this plugin i can use a magic System similar to the one used in D&D and other Role Play games of the same genre: each character has a number of spell slots, and to these slots i can equip spells for the character to cast. Once used a spell in a spell slot it is consumed, and if i want to use it again i need to rest and reequip my spells. I can also equip the same spell on multiple slots, as long as i have enough space. 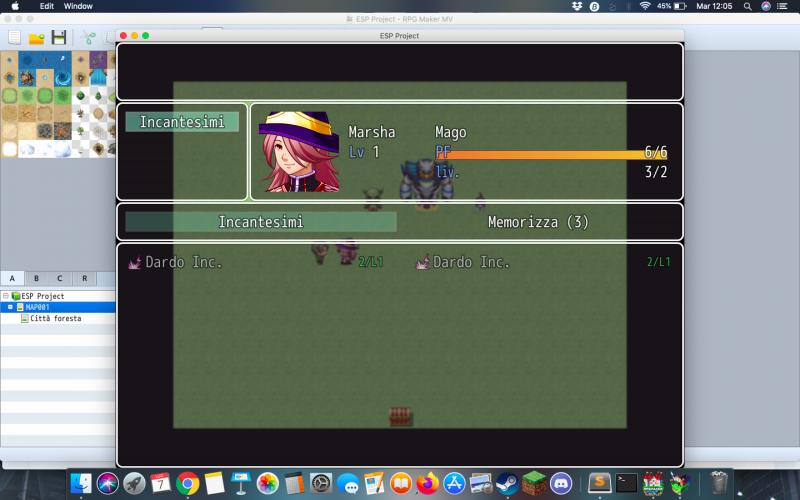 "Incantesimi" means Spells, and "Memorizza" is Memorize. If i go to Memorize i can equip spells to the character's spell slots. Spells shows me what spells are equipped on the character as of now. In this case, i have two charges of "Dardo Incantato". (Magic Missile)
So, i was testing some spell's effect in battle, when i decided to save. 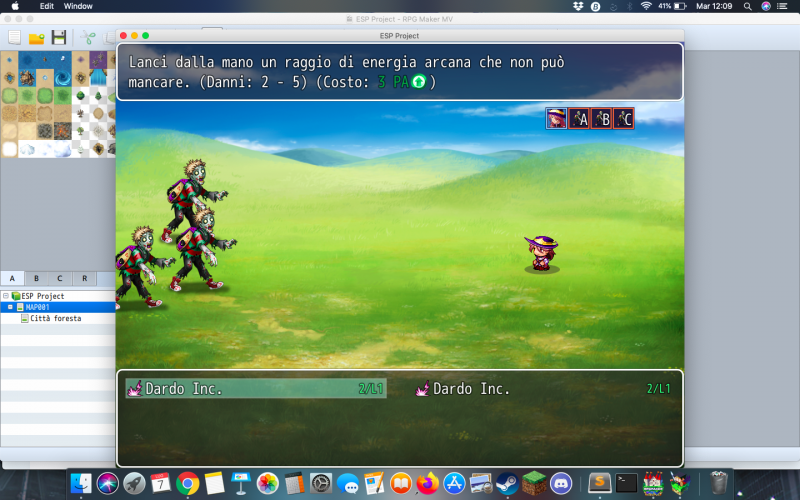 Here you can see that the spells are selectable.
I loaded the save again, and when i entered a battle i found out that the spells were now locked. I couldn't select them. 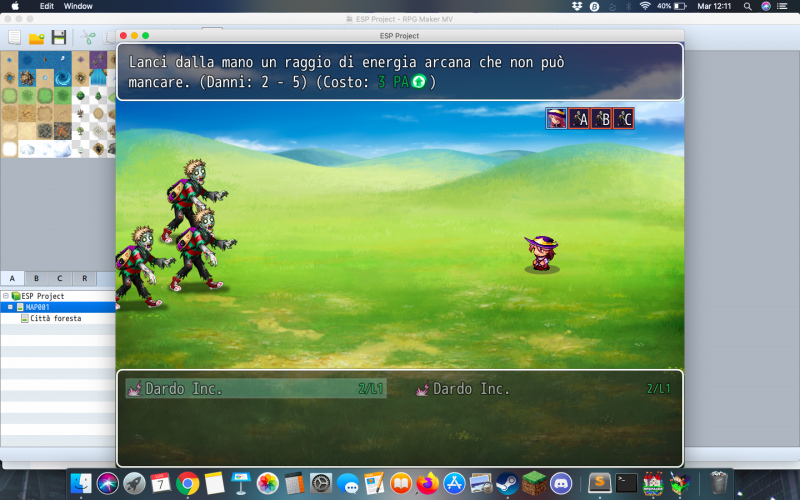 Here is the same battle after i loaded the save. Now i can't select the spells anymore.
If i die in battle the spells are unequipped, and if i equip them again they are once again usable, until you save and reload at least.
I tried it too many times as of now, each time that i saved while having spells equipped, when i would load the save the spells were locked.
Is there a solution to this? I know that FROGBOY hasn't posted here for a long time, so i really don't know who to ask for help. Thanks in advance!