I'm having a problem with the futuristic tileset, and I've run out of things to do on my own.

I basically need to make a small war torn town but I have no idea which tiles within the tileset I'm supposed to use as a wall on the edge of the map. Black pavement wouldn't work well, and in my story there is a wall erected around the city, but that's not until much later. This version of the map doesn't have the wall yet.

I did purchase these from Steam long ago, and I wanted to leave them untouched and not have to edit the tileset itself. I think I may have to though to get what I need.

But without edits, does anyone know what I could use as a barrier in my small town?

So one approach is to use a city street as your lower boundary, fill the sides with buildings, and have similar city clutter at the top. I use Construction zones or another street. Here is Cel's map: 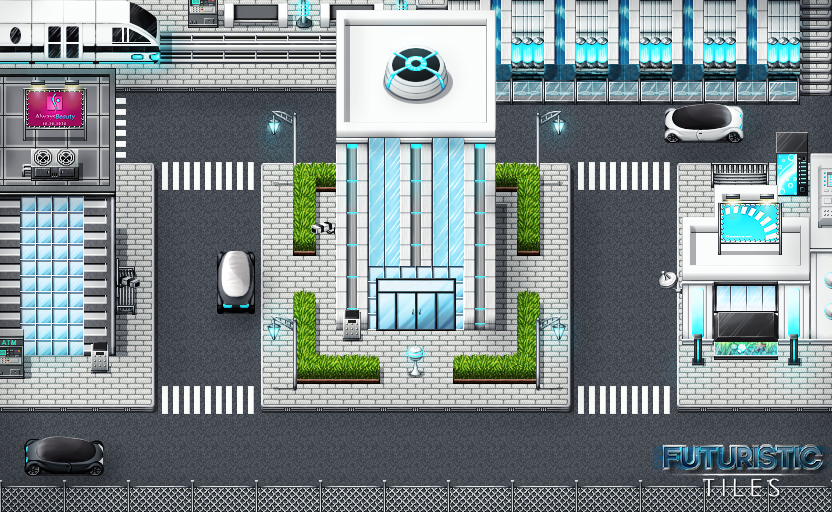 Or you Could use that brick in the middle with the greenery? just run that all arounf the edge.

I personally like roads all around, and then just cut off the ones you cannot exit from.

Wire fences along the back, that kind of thing. (see tile D) 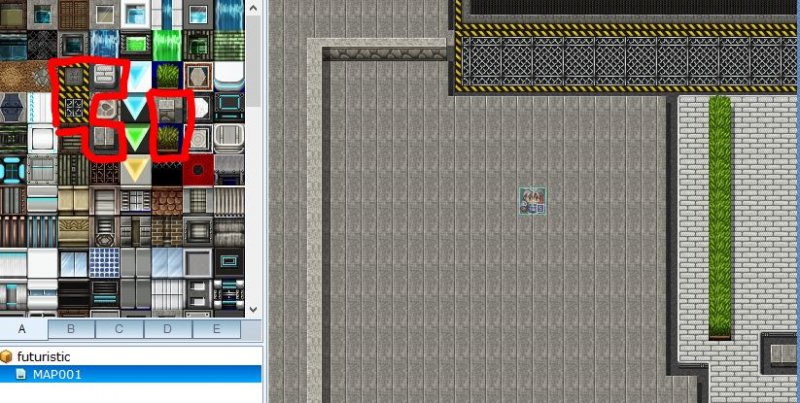 I agree with GrandmaDeb, I think a more natural barrier would look best. But, if storyline says that there is a wall built around it (and that is not just in there to create a barrier), then there are a couple of wall tiles that I think would make a good wall around a city look: 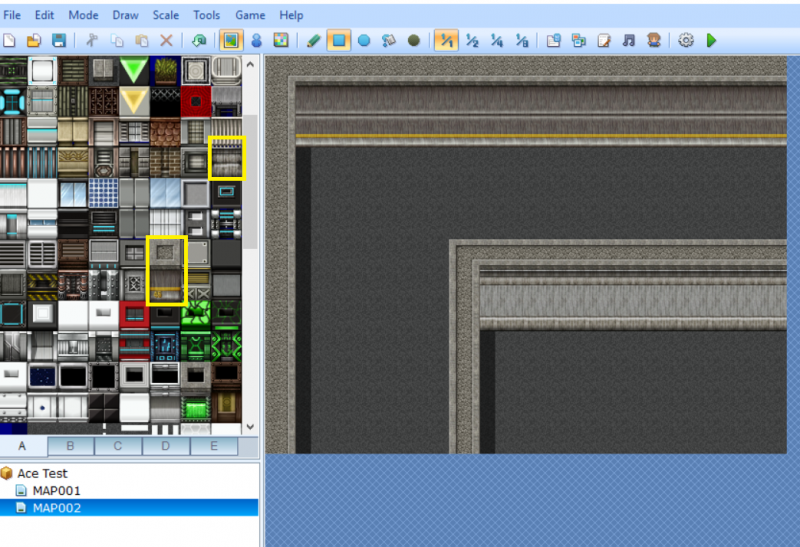 lol this is getting irresistable! fences, etc. 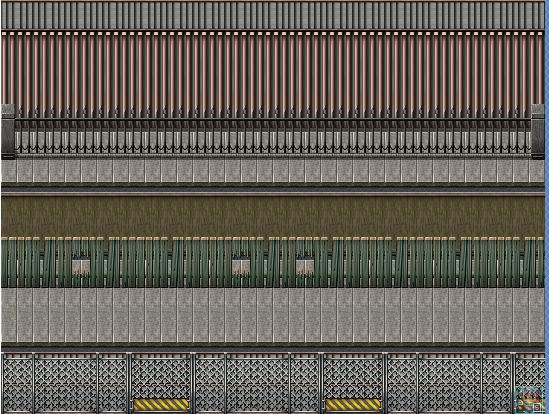 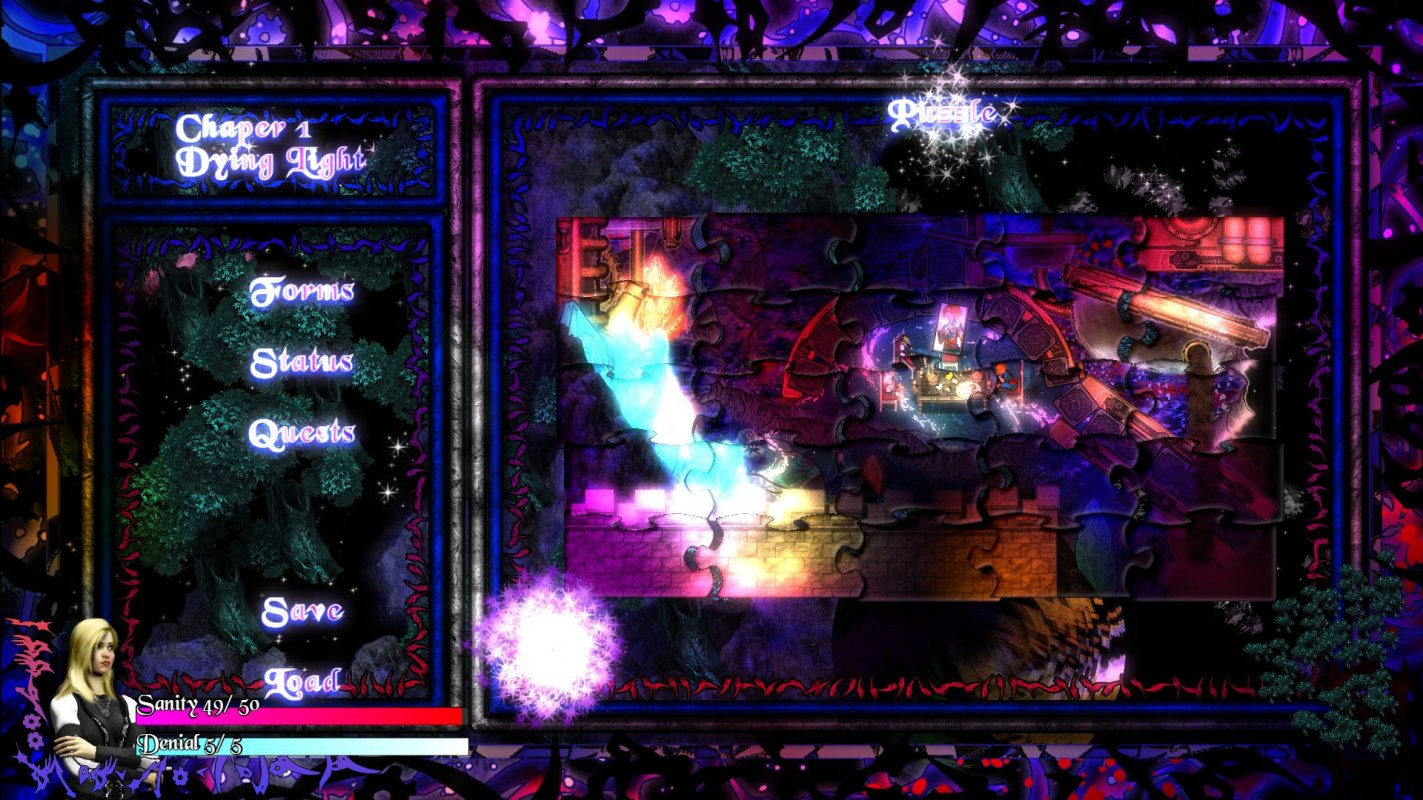